The campaign to free an Ottawa academic detained in Turkey

The campaign to free an Ottawa academic detained in Turkey 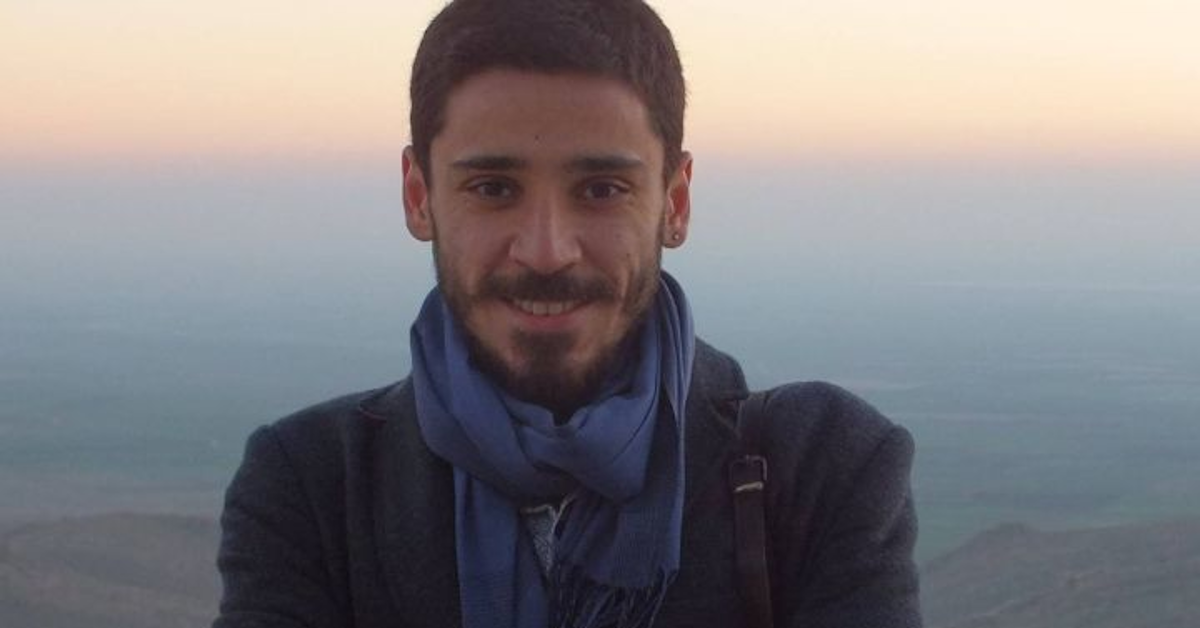 Cihan Erdal is a scholar at Carleton University in Ottawa. In September 2020, while on a visit to Turkey, he was arrested and jailed. His husband, Ömer Ongun, was immediately plunged into a whirlwind of activities organizing the Free Cihan Erdal support campaign. After nine long months in prison, Erdal was released in mid-June, though he may not yet leave Turkey and is still at risk of re-arrest. This is the couple’s first interview together since his release. Scott Neigh speaks with them about their lives, about Erdal’s detention, and about the campaign to free him.

Erdal was visiting Turkey to spend time with family and to engage in research for his PhD. When he was arrested, he had just enough time to call Ongun in Ottawa and tell him that the police were at the door. That was last time they were able to speak directly to one another for nine months.

The couple originally moved to Ottawa from Istanbul. Erdal was a student and wanted to pursue a PhD in sociology at Carleton. Ongun was working in the corporate sector in Turkey, and the move allowed him to pursue his interest in doing equity, diversity, and inclusion work. As well, though they lived in a progressive area in downtown Istanbul, another consideration in their decision to move abroad was recent shifts in the broader political context in Turkey towards greater hostility to LGBTQ people.

Another factor was concern that Erdal might be at some risk because of his history as an activist, though they thought the risk was quite low. He had been involved in student, peace, trade union, and LGBTQ movements. He was a founding member of Turkey’s Green Left Party. Then he became a member of the executive committee of Turkey’s third-largest political party, the left-wing People’s Democratic Party (or HDP).

Erdal’s politics prioritize the rights of marginalized communities and are, he said, a politics of “words, dialogue, conversations, and negotiations.” In the context of a substantial history of political violence in Turkey, he said, “I believed in the potential of ending violence.”

Though he hadn’t been involved in several years, when he was detained back in September, it was at the same time as 16 other people who also were or had been high-ranking members of the HDP. The charges were related to demonstrations in Turkey’s Kurdish areas in 2014 protesting Ankara’s refusal to take action to protect Syrian Kurds from ISIS. The only evidence presented specifically relevant to Erdal were two Facebook posts that had nothing to do with the protests. And he said the charges as a whole are “highly conjectural.” It is, he said, a “political case” that is “closely linked to high politics, to electoral politics” and those arrested are “political hostages.”

Erdal spent the first 25 days of his detention in solitary confinement. The rest was spent at a different prison in somewhat better circumstances, but his lawyers still had to constantly fight to get him access to decent conditions.

Meanwhile, on the other side of the world, Ongun got active. Unlike Erdal, he had never really been an activist, but that changed quickly. He reached out to friends and to colleagues of Erdal’s at Carleton University. He put together the Free Cihan Erdal support committee. The committee mobilized people to put pressure on Canadian and Turkish authorities. They did lots of media and social media work. They got statements of support from unions, academic organizations, and many other groups. They enlisted the help of lawyers in Canada and in Turkey. They raised funds to cover campaign and legal expenses, and Erdal’s costs. There were protests not just in Canada but in half a dozen other countries as well. According to Erdal, popular pressure played an important role in the improvements he was able to win in the conditions of his imprisonment.

There is a good chance that the campaign also played a role in the decision in mid-June. Erdal had a court appearance with three of the other detainees, which included his first opportunity to make a statement in his own defense. And much to his surprise and relief, and to Ongun’s, Erdal and the other detainees in court that day were ordered released.

The trial is not over, so Erdal is not yet allowed to leave the country and return to Canada and there continues to be a risk that he might be detained again. The support committee is continuing to raise funds to cover Erdal’s costs while he remains stuck in Turkey without an income. As well, Erdal is currently a permanent resident in Canada, and very soon the committee will be mobilizing supporters to push the federal government to fast-track his citizenship application, which would facilitate his return home.