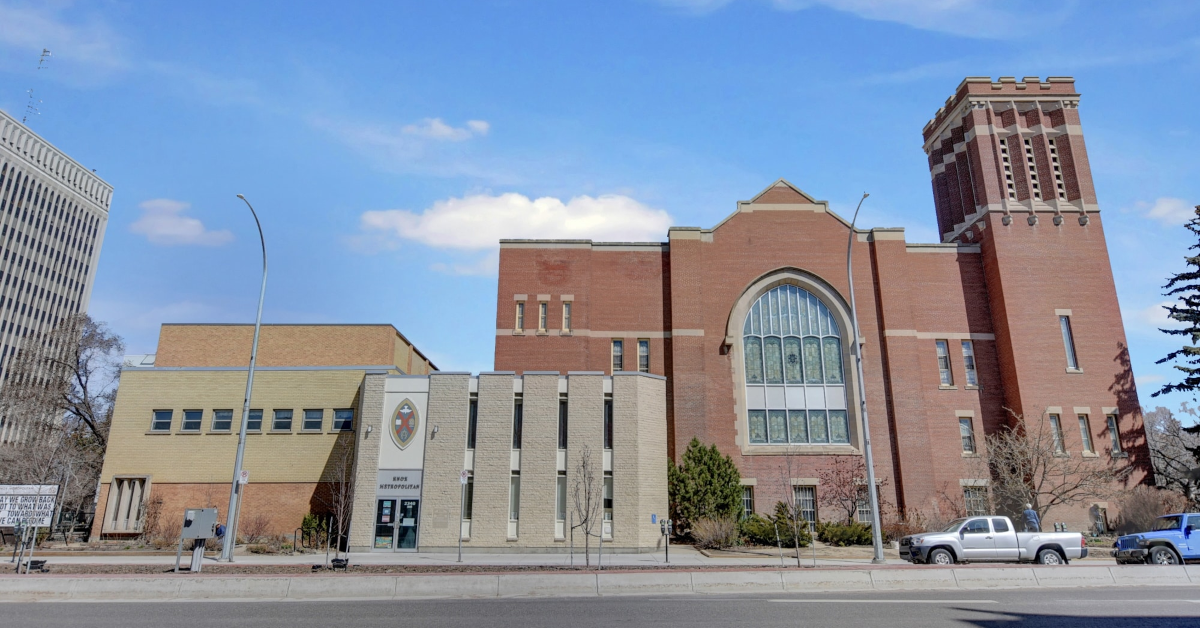 Peter Gilmer is a minister and an anti-poverty advocate. He is one of two staff at the Regina Anti-Poverty Ministry, a social justice ministry of the United Church of Canada in Saskatchewan. Scott Neigh interviews Gilmer about the ministry’s work for social justice and against poverty, and about its fifty-year history.

Gilmer said, “I moved towards a social justice focus in life fairly early on, through a combination of things, including some personal experiences, some growing social analysis, and also through my faith tradition.” He credits some experiences in elementary school and also the influence of his parents, who had been children of the Great Depression and strong advocates of socialized medical care and social programs. As well, his father was a United Church minister who was strongly influenced by the social justice-focused social gospel tradition and by his training in the US in the 1950s among peers involved in civil rights issues. He said, “Coming out of a faith perspective, my dad really ingrained in me all of the prophetic calls for social and economic justice within the scriptures.”

Gilmer himself was actively engaged with such questions of justice as a university student and after. When he moved to Regina in 1990, he got involved with the Saskatchewan Coalition Against Racism, and served as its director from 1992 to 1995. At the beginning of 1996, he began his employment with the Regina Anti-Poverty Ministry.

The ministry got its start in 1971 under the name of the Regina Downtown Chaplaincy. At that point, it was a collaboration among a number of different denominations, and its approach to poverty largely followed a charity and, to a certain extent, community development model.

When Gilmer started in 1996, the ministry went through a reorganization to formally recognize some changes that had accumulated gradually, and to enact others. For one thing, it became a project specifically of the United Church. And while it continues to reserve seats on its governing board for United Church members and representatives of other denominations, since that point it has also prioritized the involvement of people with current lived experience of poverty, who generally have constituted at least a third of its board.

As well, the organization formally changed its model of ministry to focus on advocacy, both individual and systemic, and public education. These days, it is the individual casework advocacy that takes the bulk of the time of the organization’s staff. They support up to 2500 people per year in dealing mostly with problems with the province’s social assistance system.

The group’s public education work occurs both inside the church and beyond it. They talk about economic justice and about their organization to church services, communion classes, and church social justice committees in the United Church and other denominations, but also to unions, women’s shelters, high school and university classes, and much more. As well, they regularly have placement students, who learn through their involvement in casework advocacy. And they run a study circle for people living in poverty.

Their systemic advocacy covers a broad range, and generally involves working with other organizations and with people living in poverty to exert pressure on decision makers. At the moment, a particular concern is the recent transition in Saskatchewan from its traditional social safety net to a new income support program. According to Gilmer, the new system has far fewer provisions for addressing special needs, and the basic rates have always been woefully inadequate. He said that people who depend on social assistance, “whether they’re [living] with significant and enduring disability or not, are living thousands of dollars a year below the official poverty line.”

Over the years, they have also been involved in campaigns to raise the minimum wage and for affordable housing and child care, as well as in issues related to injustices in the tax system, racial justice, and other things. Their long-term vision involves a human rights approach to responding to poverty.

Gilmer said that he has sometimes heard the suggestion that there might be people uncomfortable with the faith-based character of the organization, and certainly he acknowledges the involvement of Canada’s churches, much like most of this country’s institutions, in colonization and other historic injustices. But he says that in practice, the Regina Anti-Poverty Ministry’s relationship with the United Church rarely seems to be a problem, and is often a strength.

For one thing, faith motivates their individual commitments to justice and in speaking in church contexts they certainly relate their work to “the long progressive prophetic tradition that we’re connected to,” but they have never proselytized as part of that work. And over the decades, they have developed both a good reputation and a substantial rapport with impacted communities in Regina.

Plus, he argues, the fact that the ministry is independent and has never depended on, for instance, government funding means that they have survived, when so many other advocacy organizations that existed in the 1970s and 1980s have long since had to close their doors.

Gilmer said, “Our independence is something that’s extremely important to us. On the one hand, it means a lot of work doing fundraising and focusing on trying to keep our doors open. But the upside has been that we don’t have to worry about what government or corporate interests think about us, because ultimately, they’re not paying any of our bills.”

Image: Used with permission of the Regina Anti-Poverty Ministry.