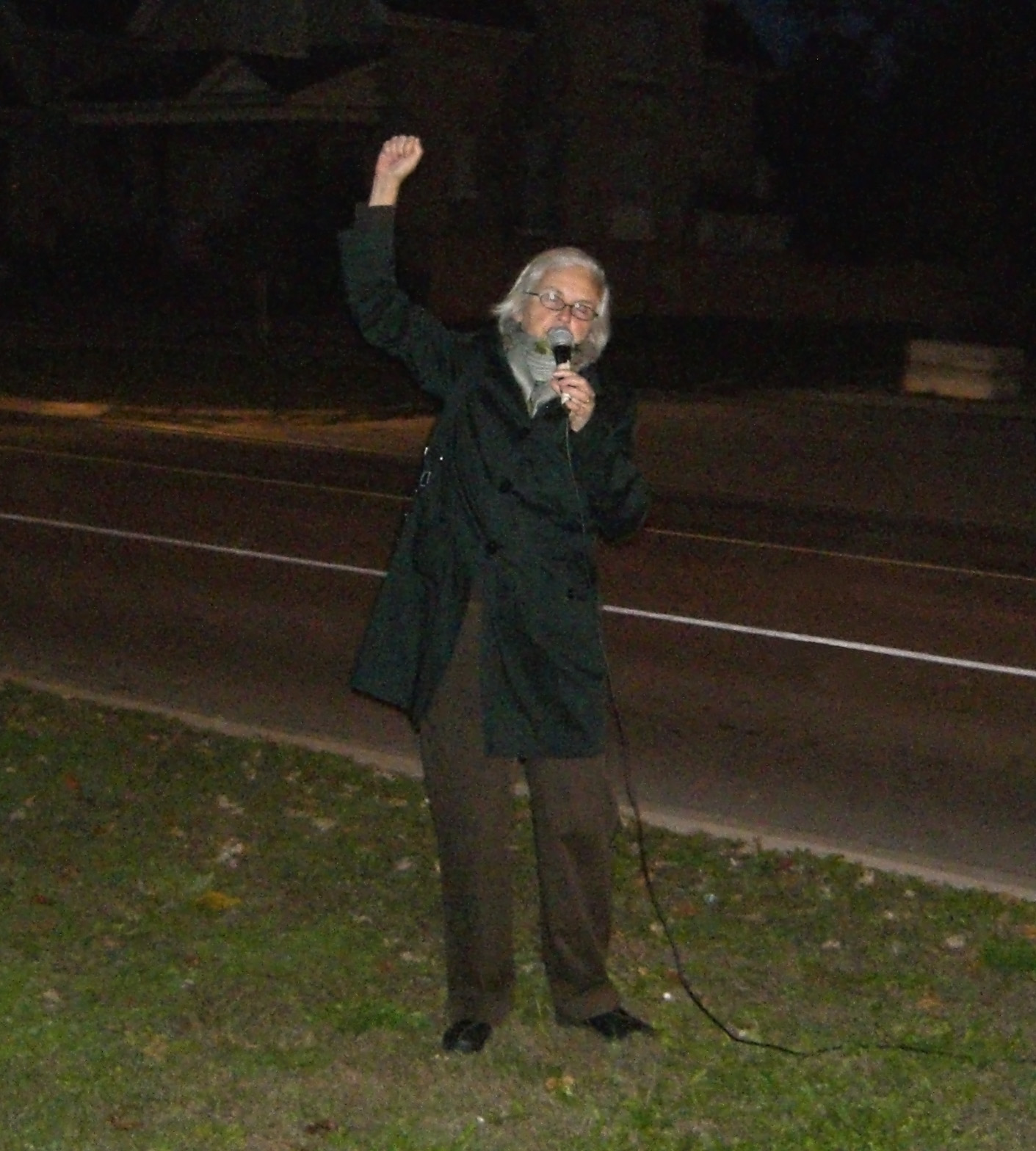 David Heap reads and expands on this statement from the Latin American-Canadian Solidarity Association (LACASA) of London, Ontario.

The following words are presentation notes that LACASA prepared for an alternative Thanksgiving rally, and the Global Minga day of action -

Almost 20 years ago now, Rigoberta Menchu a Q’iche indigenous woman from Guatemala won the Nobel Peace Prize.  1992 was the year.  In Europe, and in many parts of Latin America, they were preparing to celebrate the 500 years of the “Discovery of the Americas”.  What discovery, asks Rigoberta in her acceptance speech? You can only discover what is unknown or inexistent. Indigenous peoples have been present and flourishing for thousands of years before the arrival of the first Europeans.

She went on to say:
“This prize... also represents a sign of the growing international interest for, and understanding of the original Rights of the People, of the future of more than 60 million aboriginals who live in our Americas, and their uproar because of the 500 years of oppression that they have endured. For the genocides beyond comparison that they have had to suffer all this time, and from which other countries and the elite of the Americas have profited and taken advantage. [...]
It is the recognition of the European debt to the American indigenous peoples; it is an appeal to the conscience of Humanity so that those conditions of marginalization that condemned them to colonialism and exploitation may be eradicated; it is a cry for life, peace, justice, equality and fraternity between human beings.”

That cry is still very much alive today.

Examples of struggles and resistance throughout the Americas

Indigenous communities are resisting the harmful effects of the Canadian Mining Corporation Goldcorp, whose local subsidiary has recently been responding to a resolution by the Inter American H.R. Court to suspend its operations by releasing its tailing ponds into the local waterways.

These small mostly Mayan indigenous communities have been locked in battle with the Mining multinational for years and the struggle has produced already half a dozen deaths and unspeakable harms to the health, land and water of the inhabitants of this region.

They deserve our solidarity and we will continue to support their struggle.

Take action: Contact Rights Action for more information about the issues, and what to do.

In Ecuador and Peru:

The Amazon is under assault from Oil Multinationals (Chevron, Texaco, Encana) with the cooperation of local governments.  Indigenous communities are organizing and fighting back to defend their lands and their environment.

An example: Last year, in Peru, rebellion of indigenous populations against new laws that allowed unrestricted exploration/exploitation on their lands.  The neoliberal government of the day wants to open up the Amazon, the New Frontier, so that some gringos and a few local elites can get rich.

Minga: great gathering of Indigenous Peoples who march from across the Country to present their demands to the Central Government.

Repression by the Uribe Government

In Chile: The struggle of the Mapuche people

More than 60 political prisoners.  At a recent hunger strike: demanding abolition of the Pinochet Anti-Terrorist Law which is being used to criminalize protest and dissent.

A struggle against Energy and Forestry Multinationals that are encroaching on their land and displacing them to build dams or cut trees.

There are many more examples...

Oka, Sharbot Lake, the tar sands, and many other ongoing struggles that you can support.

The movement that brought Rigoberta’s international recognition is now a growing world-wide movement, with indigenous peoples all over the Americas on the front lines of the struggle for climate justice to reclaim their land, culture and way of life against a system that is run for the profits of only a few very rich and powerful people.

Take action: We need to stand in solidarity and support those struggles.  We need to organize our own local communities, our homes and work places, to demand Climate Justice which is also Social and Economic Justice.