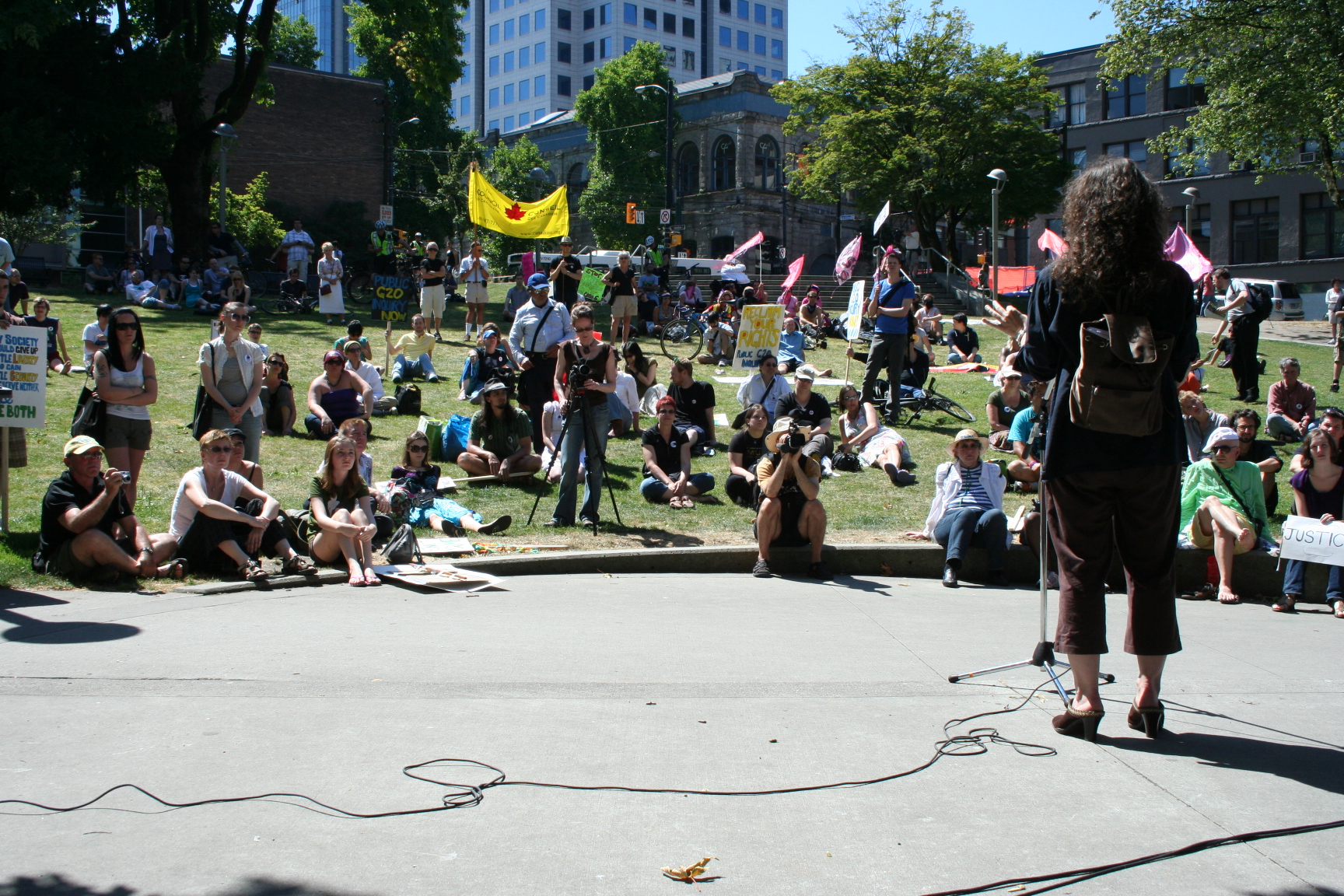 The Dominion Newspaper/Media Co-op has been awarded the Canadian Federation of Worker Co-ops' Best Practice Award for "outstanding contributions to democratic engagement."

The award was given out during the Canadian Worker Co-op Federation's 2010 annual meeting and conference, held in downtown Vancouver from October 28 to 30.

Hillary Lindsay, Editor of the Dominion Newspaper and Media Co-op, accepted the award on behalf of the Co-op's members. "We see the real engagement of our members as not only beneficial but critical for the Media Co-op's success," said Lindsay.

The failure of the corporate media has created a space for a new model to take its place, says Lindsay, and the Media Co-op and its locals are already taking advantage of this space.  "We think it's the readers, contributors and editors who should decide what their media looks like. That's why we incorporated as a multi-stakeholder cooperative and are asking people to become members and literally own their media," she said.

The CWCF board was particularly impressed with the Media Co-op's efforts to involve members from across the country in its Annual General Meetings.  "The CWCF board found the Dominion’s commitment to membership participation through the use of Internet technology to be both innovative and inspiring," said CWCF board member Colin MacDougall.

The Media Co-op held its second nation-wide AGM in July, with members logging in to the website and participating from across the country. "Its approach, which enabled Dominion's dispersed membership to engage in their annual meeting and budget preparation, was not only participatory, but also environmentally conscious," said MacDougall.

"The CWCF Board feels other worker co-operatives, and indeed our own federation, might benefit from their experience," said MacDougall.