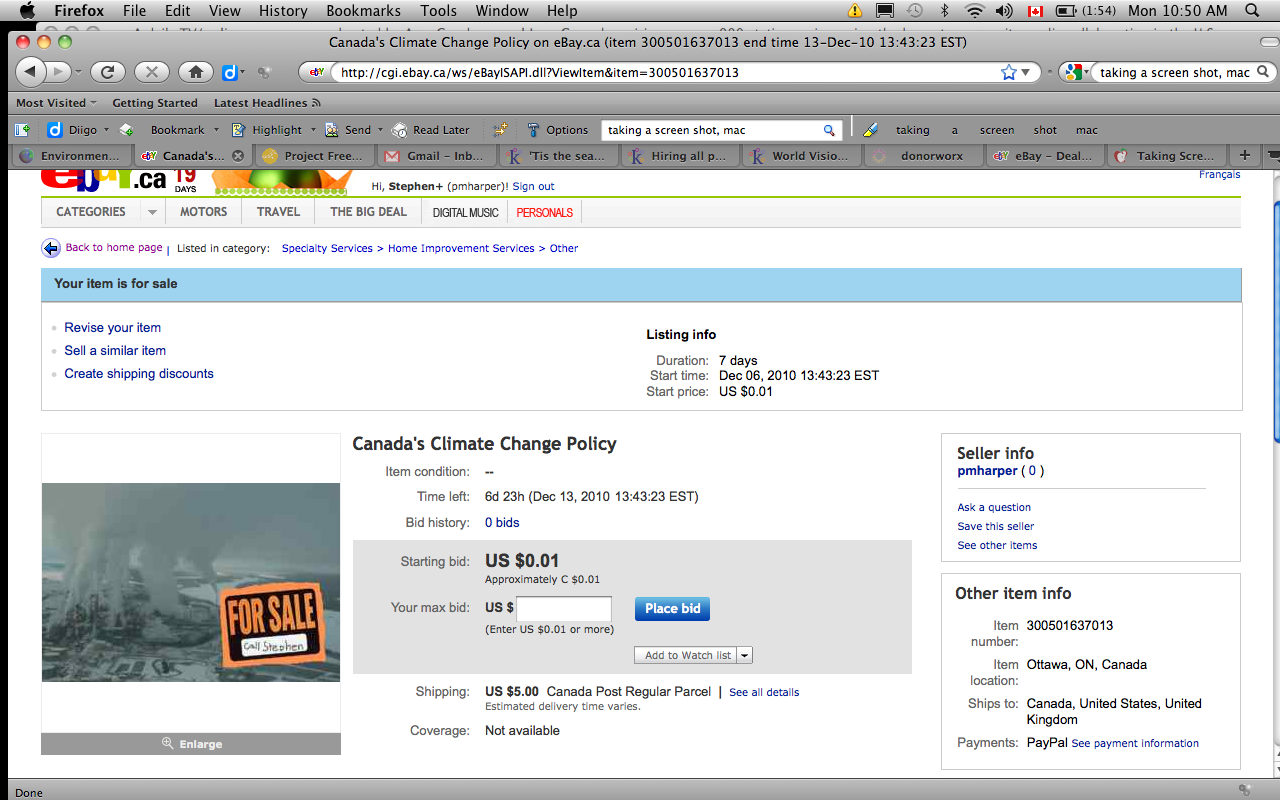 Check out the listing

Ottawa/Edmonton/Cancun – Climate activists in Canada, as well as those in Cancun, Mexico, were floored today to come across Canada’s Climate Policy listed for sale on Ebay Canada.

“It’s not surprising to see that they are selling our country's climate policy to the fossil fuel industry, but its definitely a shock to know they are using Ebay!” Natasha Peters, an activist from Climate Justice Ottawa currently in Cancun.

The ad appears to be posted by Stephen Harper, and is selling the virtues of owning Canada’s Climate Policy to oil and gas companies.

“I knew these deals were happening, but I always thought they went down behind closed doors,” Cameron Gray, an organizer from Victoria, BC explained. “At least selling it on Ebay uses up less emissions that corporate conferences and flights to and from Ottawa.”

The ad points to the Climate Prosperity initiative as evidence of its commitment to represent industry interest in climate policy. The initiative was launched this fall by Canada’s National Round Table on the Environment and the Economy and lists major tar sands developer Suncor as one of the main funders.

“Maybe we can all pool our savings and take a crack at buying this,” Daniel T’seleie an organizer from Fort Good Hope, NWT stated. “Writing letters and lobbying clearly aren’t working, maybe buying the government will...It certainly has for polluters.”