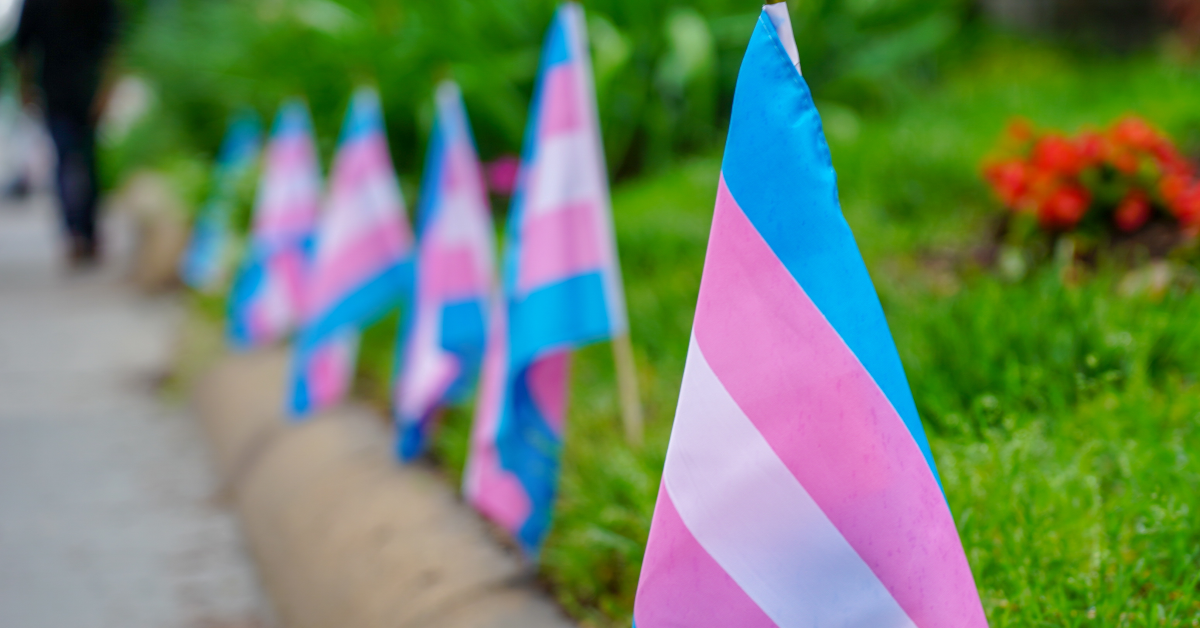 Natalie Jackett is a fourth year undergraduate student in Legal Studies at Carleton University in Ottawa. They are also the trans event coordinator for Rainbow Ottawa Student Experience (or ROSE), which was known until recently as Rainbow Carleton. Scott Neigh interviews Jackett about transphobia in Canada, about a successful recent collective action that shut down an instance of anti-trans politics, and about what it looks like to be in solidarity with trans people.

The group began as a Discord channel organized by Carleton’s official LGBTQ+ student group early in the COVID-19 pandemic, as a way for queer and trans students to connect while in-person campus services were shut down. It soon became an independent group, and in November extended its mandate to include students throughout the city. One of the group’s concerns has been the increase in transphobia in recent years.

Struggles by trans people and their allies have won some ground over the last decade in terms of things like public visibility and understanding of trans issues, formal human rights protections, access to gender-affirming health care, and the reduction of certain kinds of administrative barriers in some jurisdictions.

However, the impacts of those victories remain modest in scope and unevenly experienced. In most places in Canada, for instance, trans people still face significant barriers in accessing gender-affirming health care. Almost half of white trans people and 94% of Black trans people worry about harassment from police and security. Research in one Ontario region in 2019 found trans people were more than eight times as likely as cis people to be unemployed and looking for work, and it has been broadly found that trans people are much more likely to be low income and to face employment discrimination. A 2021 report found that about one-fifth of trans people have experienced a transphobic physical or sexual assault in the last five years, more than one-third have experienced physical intimidation or threats, and more than two-thirds have experienced verbal harassment, while 64% of trans people report avoiding certain kinds of public spaces to avoid being harassed or outed.

As well, in the last few years there has been a dramatic resurgence of virulent anti-trans politics around the world, notably including in the US and the UK. At least so far, this has been somewhat less present in Canada, but there are signs that it is growing – Jackett cites a marked increase in attacks on trans people in the Ottawa community, and renewed efforts by anti-trans campaigners to frame trans people as a threat to women and children and to deny people (especially young people) gender-affirming health care. There has also been an alarming increase in anti-trans content in the Canadian mainstream media in the second half of 2021.

According to Jackett, the increase in attacks on trans people in Ottawa has catalyzed significant organizing in response within trans and broader LGBTQ+ communities in the city, including a major public forum in early October which resulted in a call for city hall to take action against transphobic hate. They said, “We as members of the community have been both experiencing this and then have been seeing the need to organize and fight back against it.”

About a week after that forum, members of ROSE noticed via social media that British Columbia-based insurance salesman and anti-trans agitator “Billboard” Chris Elston was in the city, and using his sandwich board and other means to spread anti-trans misinformation and hate. Initially, he seemed to be sticking to standard protest spots – Parliament Hill, the ByWard Market, and so on – and members of ROSE were content to keep an eye on him but let him be. Then he moved to a residential neighbourhood known for having lots of diverse families, and specifically to an area with several schools, thereby essentially targeting trans kids and their families. So they decided to act.

The plan was simple – they would mobilize their members together with flags, blankets, banners, and other obstructions, and they would block all view of Elston and his message. Around 50 of their members responded, and their action was successful. When he returned in the afternoon to try again with a gaggle of far-right hangers-on, not only were there even more ROSE members present, but they were unexpectedly joined by dozens of high schoolers mobilized by the Gay-Straight Alliance clubs in the nearby high schools. In this instance, at least, community members defended themselves and collective action shut down transphobic hate.

Jackett said, “It was really kind of inspiring to see … the support from the community at large and the political leaders within the city…. But then also to see, you know, parents from the community show this outpouring of, ‘Thank-you!'”

Beyond supporting this kind of action, Jacket says that cis people need to act in solidarity when it comes to things like dismantling the medical gatekeeping that prevents trans people from accessing the gender-affirming health care that they need, and when it comes to very basic questions of safe access by trans people to public spaces.

They said, “People who are cis or people who are straight don’t realize all of these little things that affect trans people. And so it’s, like, just seriously be conscious in your everyday lives of the way transphobia presents itself and the way that it permeates within our society. Our world is heavily heteronormative and, like, black and white when it comes to issues of sex and gender, and all of that. And very, very seldom are trans lives taken into account when we create the structures that, you know, we all have to abide by.”