A new look at one of Ontario's most notorious grassroots groups

A new look at one of Ontario's most notorious grassroots groups 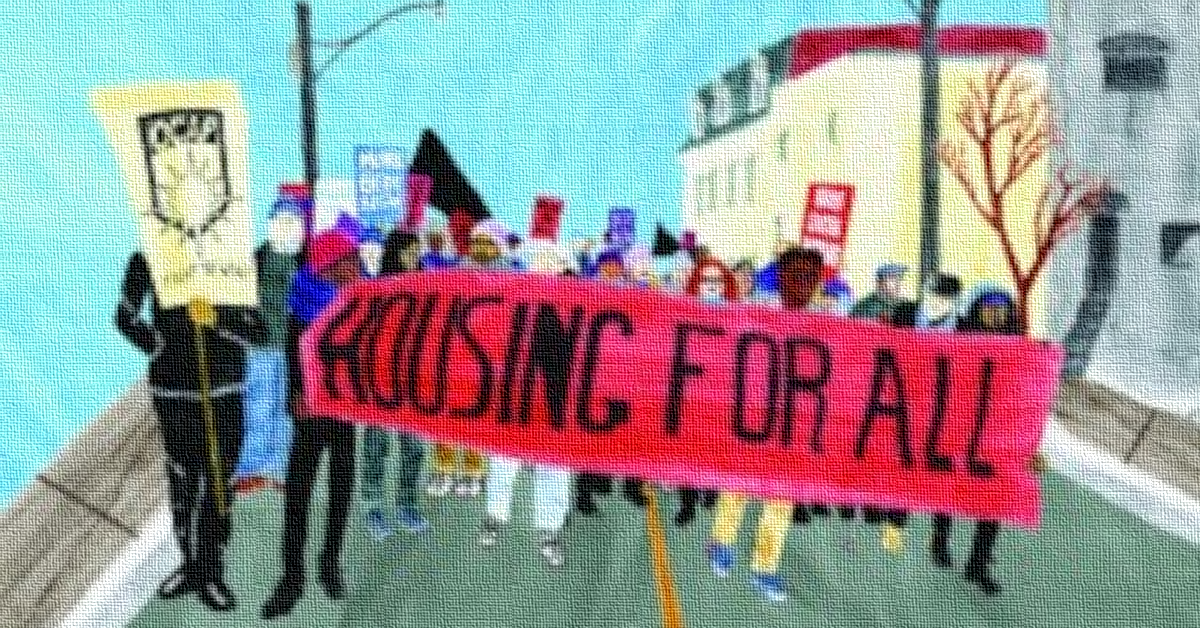 For more than 20 years, A.J. Withers was active with one of Ontario’s best known grassroots groups, the Ontario Coalition Against Poverty (OCAP). Recently, Withers released a new book telling stories of and drawing lessons from four of OCAP’s key campaigns over the years related to homelessness. Scott Neigh interviews them about OCAP and about Fight to Win: Inside Poor People’s Organizing (Fernwood Publishing, 2021).

Withers has been involved in grassroots political work since the late 1990s, initially environmentalism and then in the global justice movement, which in those years brought large direct-action protests to the summits of oppressive international organizations. Even in that moment, Withers was conscious of some of the weaknesses of the global justice movement that were soon to become widely discussed, and was looking for other ways to fight for transformative change. Not long after, they found a political home in OCAP, an anti-capitalist direct action anti-poverty organization. Since 1990, OCAP has combined militant mass mobilization in support of demands around things like raising social assistance rates and housing for all, with the use of direct action to win concrete gains for individual people living in poverty. Withers was active in OCAP for the next two decades.

In the last decade, Withers has also engaged in political writing. Their work includes an accessible introduction to radical disability theory and co-authoring a critical history of the politics of social work.

Fight to Win is Withers’ most recent book. They had a couple of different motivations for writing it. One is that, as an experienced organizer, for a long time they had been quite dissatisfied with most writing about organizing coming out of contemporary movements. This was largely because such writing often tries to do two things that pull it in very different directions – it tries to describe and perhaps analyze the organizing work, which requires a willingness to talk about mistakes and problems, but it also tries to generate enthusiasm and draw people into the movement in general or specific organizations, which encourages a more celebratory orientation. According to Withers, this means that authors “therefore are often describing the groups that they want to be in as much as the groups that they’re in, if not more so.” As well, Withers has seen lots of groups in lots of places over the last twenty years attempt to model themselves on OCAP, but many of them have foundered because of the ways in which they have drawn lessons from the Toronto-based group – far too many have applied the model as a “cookie cutter, when the beauty of OCAP historically has been its ability to respond to the community that it’s in.”

In Fight to Win, Withers attempts to look at OCAP’s work in a more nuanced way to “actually give meaningful lessons about organizing” that will be useful both to experienced organizers looking to apply them in other contexts and also to people newer to grassroots politics.

The book starts out by examining a short but highly successful fight in 2017 in opposition to a neighbourhood business improvement area in Toronto that was employing a private security guard to harass homeless people in the local park. Another chapter looks at an emergency housing benefit meant to prevent homelessness, that was discriminating against disabled people and families. The group largely approached that struggle through its direct action casework, and experienced a mix of success and failure. Another chapter focuses on OCAP’s many campaigns related to pushing for improvements in the city’s emergency shelter system, with particular attention to the many different strategies employed by the city to demobilize the struggle. And the book concludes with a look at encampment organizing in the context of the COVID-19 pandemic.

Along the way, the book takes up many important ideas. For instance, it critically examines the “housing first” policy, touted by progressives and implemented in many places across Canada, and the ways in which its real-world impacts are “actually pretty terrible.” The book also looks at the direct action casework tactic in some detail. And it covers the crucial role of “epistemic violence” – that is, how deeply central the denial of the experiences and knowledge of poor people and grassroots organizers is to efforts to maintain the brutal systemic violence to which poor people are constantly subjected.

Though it is a book packed with ideas and theory, Withers said, “it expresses that theory really accessibly. I work to tell stories of organizing in a day-to-day way that captures the realities of organizing.” Its aim, they said, is to be “a useful tool for anyone that’s doing any kind of community organizing, or any work on homelessness and housing” – to be a tool through which “folks can think through organizing, and also homelessness policy” in their own concrete circumstances and “really push the struggle forward.”