Indigenous-led water protection in the North

Indigenous-led water protection in the North 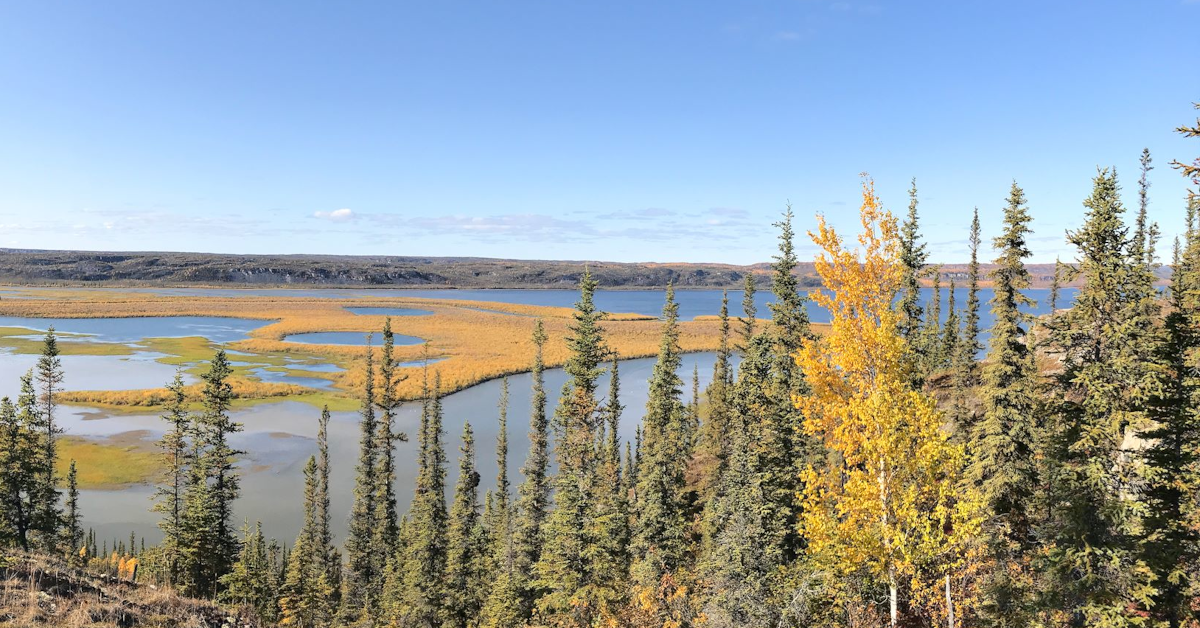 Jesse Cardinal is a Métis woman who lives in Treaty 6 territory and is the executive director of Keepers of the Water, an Indigenous-led organization with a mission of protecting the water in the Arctic drainage basin. Scott Neigh interviews her about the threat posed by the Alberta tar sands and other resource extraction, and about the organization’s work.

Cardinal grew up in a Métis settlement in Alberta. Her upbringing was very land-based, from what her family ate to how they lived to the values they instilled in her. She said, “We grew up on the land. So when I was a kid, we didn’t have running water, we didn’t have gas to heat our home, it was a wood stove. We got our water from a well or from the streams. … I will never forget the taste of that water. Never. Because it was so cold and clean and fresh tasting. There wasn’t any chemicals in it. So I know that, I’ve lived that, I know what it tastes like. Maybe that impacted me at that age.”

Keepers of the Water was founded in 2006. The territory its work covers – the Arctic drainage basin – is a truly massive expanse of land, spanning parts of all three territories as well as perhaps half of Alberta and northern areas in British Columbia and Saskatchewan. The most significant threats to the watersheds in this territory involve resource extraction. That takes many forms, and certainly includes the many different kinds of mining scattered across the north as well as logging. But the single largest threat is the resource extraction taking place in the context of the Alberta tar sands.

The majority of the tar sands are located in areas that drain into the Athabasca and Peace Rivers, which flow through the Slave River and Great Slave Lake, into the Mackenzie River – also called the Deh-Cho by the Dene people – and ultimately the Arctic Ocean. The drainage system that flows through the Deh-Cho is the longest in Canada, and it is the second largest drainage basin in North America after the Mississippi. Because of the threat posed by the tar sands and by other resource extraction in this territory, it is this part of the overall Arctic drainage basin that has been the greatest focus for Keepers of the Water.

Back in 2006, the boom-and-bust cycles inherent to extraction-based economies were in a boom phase in Alberta and the Northwest Territories. As Cardinal put it, “There was massive resource extraction happening … and the people on the land were feeling it.” People who live in land-based ways on these territories were seeing things like declines in animal populations, changed and confused animal behaviours, and changes in berries, medicines, and other plants as well.

Of particular significance was the reduced water level of the Athabasca River, related to the diversion of water by the tar sands industry. Indigenous communities downstream on the Athabasca depend on it for transportation, and the levels were low enough that their ability to get to where they needed to go during the fall hunting and harvesting season were significantly impacted.

In response to all of these concerns, an initiative led by Dene people in 2006 brought together elders and community members from a number of northern peoples to discuss them. They ended up issuing what has become known as the Keepers of the Water Declaration: “Water is a Sacred gift, an essential element that sustains and connects all life. It is not a commodity to be bought or sold. All people share an obligation to cooperate in ensuring that Water, in all its forms, is protected and conserved with regard to the needs of all living things today and for the generations yet to come.” This was the start of a process involving a series of meetings and conversations that ultimately resulted in the founding of Keepers of the Water.

According to Cardinal, there was an initial impulse to avoid creating a formal organization, but those guiding the process eventually decided that it was a necessary compromise to be able to bring to bear the right kinds of resources to do the kinds of consistent work that the situation requires.

That work has spanned a broad range over the years. Raising awareness of the environmental impacts of the tar sands – from the wholesale destruction of wetlands during the bitumen mining itself to the many risks posed to downstream communities and ecosystems – has been an important element of that work all along. The organization was, for instance, centrally involved in the tar sands healing walks that took place several times in the early 2010s. Today, a key priority for them is stopping the proposal to dump the contents of tar sands tailings ponds into the Athabasca River. Companies claim the tailings will be treated, but Carindal said, “Even when treated, they’re still toxic. They are not safe to be anywhere near the Athabasca River.”

Keepers of the Water also organizes regular educational events, gatherings, and conferences. Their recent work includes attention to food security, which is tightly bound up with questions of water quality and quantity, and they have put considerable effort into exploring alternative economies. They have been pushing for Indigenous involvement in the Canada Water Agency, proposed by the federal government in late 2020. And their longer term goals include following examples from other parts of the world to get legal recognition of personhood for the Deh-Cho from the settler legal system.

And she added, “We want to be able to continue living our land-based life. We want our land. And when we say ‘landback’, we’re not trying to kick everybody off and, you know, send them away. It’s like, we only have 2% of all of the land in Canada, and we’re helping protect the entire planet. And in order for us to do that, we need more landback.”