Against poverty in Calgary

Against poverty in Calgary

Against poverty in Calgary by Scott Neigh -- Talking Radical Radio 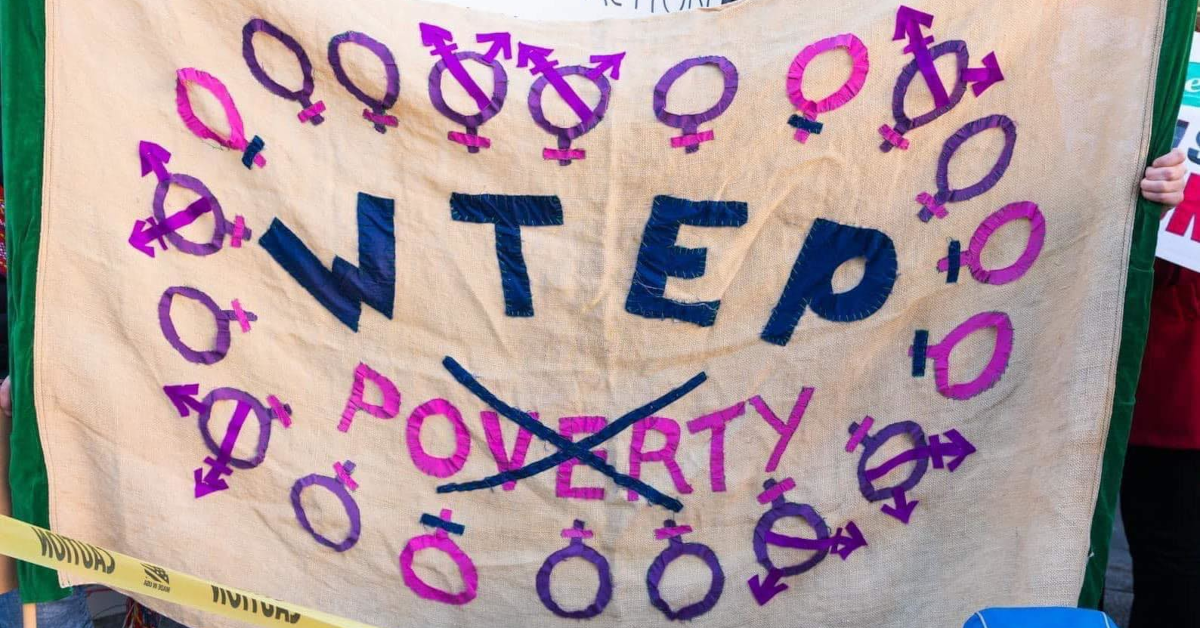 Lisa Hari and Rosemary Brown are active in We’re Together Ending Poverty (WTEP), a grassroots anti-poverty group in Calgary. Scott Neigh interviews them about what poverty looks like in their city, about the group’s evolution over the years, and about their work to bring people together to build shared understandings and collective action.

Over her career, Hari has engaged in anti-racism and anti-oppression work in the context of all three levels of government and the nonprofit sector. Brown has been involved in activism and organizing for most of her adult life around racism, women’s liberation, Indigenous and international solidarity, workers’ struggles, and much more.

As with any Canadian city, there is a lot of poverty in Calgary. Even before the pandemic, close to 200,000 people, or about 12% of the population, did not make enough money to meet their basic needs, and that skyrocketed under the impacts of COVID-19. With demand high and vacancy rates low, the cost of rental housing jumped 25% between January and May of this year, and the financialization of the housing market means a growing gap between what low-wage earners and social assistance recipients can afford and what most rental housing costs. Close to 2000 people experience absolute homelessness in the city on any given night. And food bank use in Calgary increased by one-third between February 2021 and February 2022. Brown said that in the stories of living in poverty that she heard in her working-class family growing up, “Above and beyond the hardship involved was the lack of dignity with which you were often treated by others.” And generally speaking, people who face racism, sexism, ableism, transphobia, and other forms of oppression are more likely to experience poverty.

Back in 2007 or 2008, there was a local initiative in Calgary called Poverty Talks, which brought together people living in poverty to talk about their experiences and also about what they thought would help their situations. One result of this process was an extensive list of recommendations addressed to various institutions and governments. However, at one discussion group in this process, organized by the Calgary Women’s Centre, a woman who was present stood up at the end and proposed that the women in the room themselves needed to take action. Over the next several months, those who were interested met to figure out some baseline commitments for the group – things like addressing the root causes of poverty through systemic change; foregrounding the importance of sexism, racism, and ableism, as well as the concentration of wealth, in creating poverty and shaping how it is experienced; and developing mutually supportive relationships and challenging oppression in their work.

Much of what they have done since then has continued to involve the slow, deliberate work of bringing people together to share experiences and build collective understandings and relationships, through things like workshops, conferences, events, and sharing circles. They have collectively asked questions, shifted their understanding and ways of work, and taken action based on the experiences of and dialogue among their members. This has involved things like thinking through capitalism and its relationship to poverty, particularly in the context of Alberta’s oil industry. It has led to being part of specific campaigns, like that for a fairer tax system in Alberta and various kinds of work in support of tenants. And it led the group to shift from its original incarnation as Women Together Ending Poverty to We’re Together Ending Poverty, to expand its base to include the gamut of nonbinary, gender-diverse, trans, and Two-Spirit people.

The group has also become active in campaigning for a guaranteed basic income, though with full awareness of the limits and challenges of that approach as voiced by many of their members and other people living in poverty. And in recent years, they have been working more closely with local Indigenous activists to expand their understanding of poverty and do more to centre and challenge the pervasive realities of colonization and racism in their thinking and in their activities.

In reflecting on the group’s many years of work, Brown said, “Alberta is such a difficult place to organize in.” The group’s focus on bringing people together and building shared understandings sometimes feels small in the face of the crises that we collectively face, but Brown sees it as being part of the necessary groundwork to create the conditions of possibility for broader change.

In her understanding, “there’s the political, the electoral level, but then there’s also our movement level,” and people concerned with justice need to build both collective vision and collective power on both levels.

On the electoral front, the United Conservative Party government in Alberta is relentlessly implementing a wide range of harmful measures. While she sees limits to what elections can accomplish, she argued, “We need to bring in another government that at least gives us some breathing room, to not always constantly being under attack, whether we’re a teacher, or a healthcare worker, or working in social services.”

On the movement level, she points to the far-right-led convoy protests earlier in the year, whom she refers to as the “hate honkers,” and the lack of a strong progressive response. “Where was the unified counter narrative in terms of the work being done in communities to protect each other during COVID, to support each other during COVID? … I can’t speak for other parts of the country, but we need a more unified progressive movement here in Calgary.”

She said, “WTEP has always tried to collaborate with others in terms of our work, and to build common understanding and build some deeper understandings around the issues,” and she sees that as one element of “collaborating with other movements to build more of a movement.”

Image: Used with permission of We’re Together Ending Poverty.