Advancing a vision of ecological farming and farmers' rights

Advancing a vision of ecological farming and farmers' rights 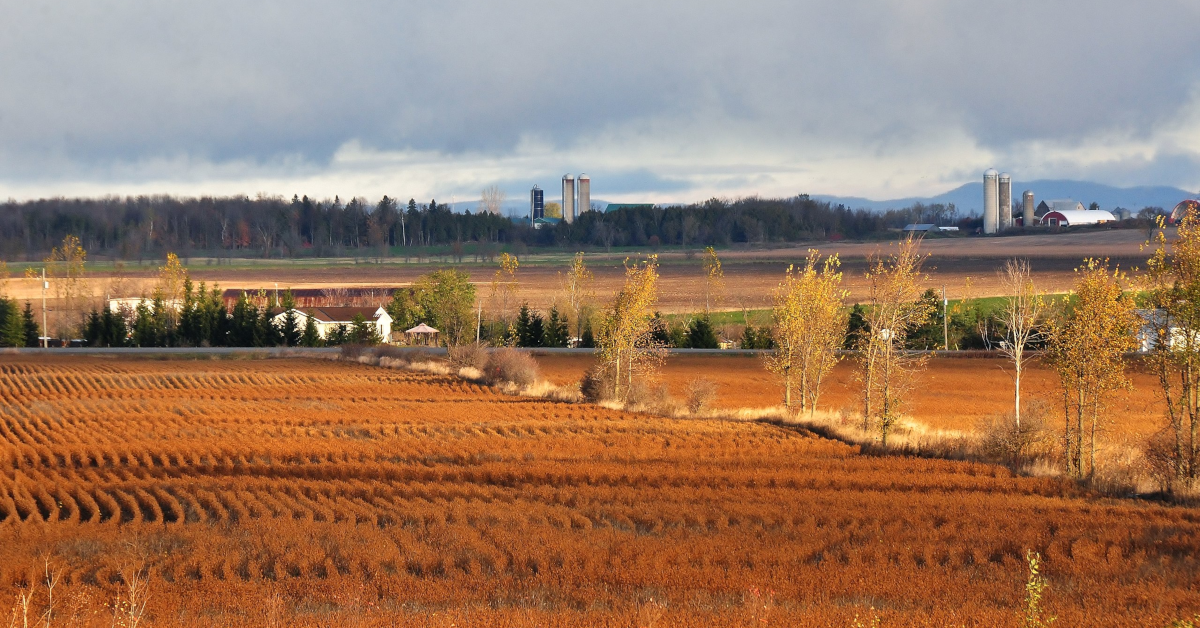 Beatriz Oliver and Aabir Dey work for SeedChange, an organization based in Canada that supports farmers here and around the world in working for a more just, sustainable, and environmentally sound future. Scott Neigh interviews them about the food system as it exists today, the vision embedded in the work of SeedChange, and what they are doing to realize it.

Despite the fact that most of us are completely dependent for our survival on the network of farmers, processors, wholesalers, and retailers that comprise the food system, we mostly do not know much about how it works or really pay it much attention. Rising food costs are getting noticed, as they detrimentally impact more and more of us, and occasional stories – like, for example, Canada’s big bread price-fixing scandal of 2018 – make waves in the mainstream media, but most of the nuts and bolts of how it all works remain obscure.

As today’s interview participants discuss, most of our food system involves what sometimes gets described as “industrial agriculture” – it tends to favour large-scale production, heavy use of synthetic inputs like pesticides and chemical fertilizers, and a powerful role for large corporations. And it works this way, at least in part, because of regulatory frameworks and government practices that favour this kind of approach. That means a lot of different things, but here in Canada, it includes ways that seeds and plant varieties are regulated that make it more difficult for farmers who are committed to other visions of how our food system might work.

Founded in 1945 as USC Canada, SeedChange has played a number of quite different roles over the decades. These days, according to Oliver, it is “really focused on food and agriculture, particularly agroecology and food sovereignty,” and as the organization’s name suggests, seeds are a big part of their work. Oliver explained that agroecology means “growing food in a way that works with nature, ecologically, with local resources and local knowledge. So really, it’s centered on small scale farmers, Indigenous farmers. And food sovereignty is the right of peoples to define their own food and agriculture systems and to grow food in a way that’s ecologically sound and culturally appropriate.” Oliver is SeedChange’s director of international programs. Dey directs the organization’s Canadian field program, which is called the Bauta Family Initiative on Canadian Seed Security.

In its international work, SeedChange is active in around a dozen countries. The details vary, but a lot of that work involves partnering with local organizations, particularly rural and Indigenous organizations. Much of it includes providing technical and financial supports, and working with partners as they strive to strengthen ecological farming, farmers’ rights (including a growing emphasis on women’s rights), and community organizing. This includes things like developing local collective institutions like seed banks, that can play a crucial role in community seed security, and in conserving and developing varieties of food crops that are adapted to local conditions. They also support policy advocacy work – particularly in the face of regulatory regimes that favour multinational corporations and prohibit farmers from saving, sharing, or trading seeds – with the aim of moving towards greater support for the rights of small farmers and for ecological approaches, and recognition of the importance of locally developed and produced seed.

The work in Canada is more recent in its origins and is happening in a much different context, but in many ways it is similar. SeedChange partners with farmers and organizations that are already engaged with ecological farming. Some of this work is to support farmers in saving seeds to preserve local varieties. As well, because ecological growing methods tend to expose plants to different conditions, and because the most common varieties of most food crops grown in Canada are not adapted to those conditions, SeedChange partners with both farmers and universities to develop new plant varieties more suited to agroecological approaches. And similarly, much like SeedChange’s international work, the policy work in the Canadian context also focuses on ensuring that farmers using agroecological methods are at the table as policies are being developed, and on removing the regulatory barriers that stand in the way of a more farmer-centric, ecologically sound seed system.

Oliver said, “At a global level, farmers’ rights to save and exchange and sell their seeds are being infringed on. This is a trend that is led by the work of the large seed and agrochemical companies. And it is linked to intellectual property rights on seeds. So, either patents or plant variety protections. So there are different processes that companies use to ensure that farmers will always have to buy seeds from them, rather than being able to save them themselves and give them to neighbours, for example. And unfortunately, a lot of the seed laws around the world do not reflect the need for farmers to have these rights recognized. … A lot of countries have seed laws that are quite good, but globally, the trend is to have more restrictive laws on farmers rights on their seeds. And that’s really worrying. And it affects in Canada as well.”

“We need to protect farmers’ rights to save seed,” Dey affirmed. “And there’s so much energy being put into, globally, how to cater to the needs of large multinational seed companies that already have such enormous market share on seed varieties through intellectual property rights, as opposed to trying to figure out how to preserve the widest amount of seed diversity possible for the public good. … Through empowering farmers and mobilizing farmers to develop varieties that work on their farms, on organic and ecological farms, what we’re trying to support is also that farmers have agency in the variety development process, and that they can choose how seeds should be distributed for the benefit of their communities and the communities that that support them.”

Oliver concluded, “Farmers have been doing this incredible service for humanity by preserving seeds, by having crop diversity, and by adapting it on their fields. And to not recognize that role, to not have farmers at the table deciding the policies, is really not right.”