Over 50 Eminent Canadians Deeply Concerned About Diminishing Democracy in India

Over 50 Eminent Canadians Deeply Concerned About Diminishing Democracy in India 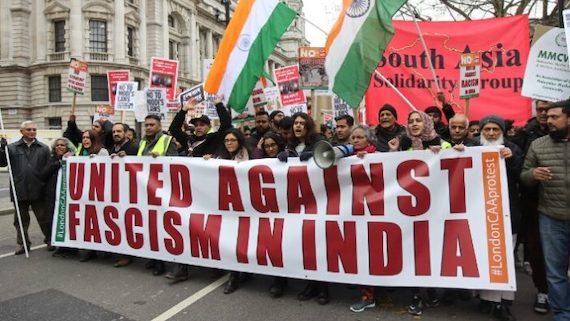 Naomi Klein, Peter Leuprecht, Margaret Atwood, Judy Rebick, Yavar Hameed and Rohinton Mistry are among the signatories, who include jurists, writers, artists, civil society organizers and public intellectuals. The letters and the names of the signatories were made public at a press conference in Canada today.

In their letters to the President and the Chief Justice, these eminent Canadians noted that the circumstances surrounding the arrest and detention of Setalvad and Sreekumar would indicate that due legal process and political activism have been troublingly conflated and that such actions threatened the international reputation of India, which for decades has been respected as a secular, democratic republic and an upholder of the rule of law.

The impetus for these letters was the alarming arrest and detention of Teesta Setalvad, well-known Indian human rights defender and journalist, and R.B. Sreekumar, a former Additional Director General of Police (in Godhra, Gujarat state), which happened at the behest of a Supreme Court of India ruling that directed authorities to detain them. The Supreme Court’s decision violated the norms of judicial procedure, that a court must be uninfluenced by politics and guided purely by the rule of law. The Court's judgment revealed that in India today, fighting for constitutional rights or asking for government accountability has been made a crime.

The arrests came after the Supreme Court of India handed down an appalling decision in a case related to the Gujarat events of 2002, described variously as a pogrom or genocide against Muslims. Zakia Jafri, whose husband, Eshsan Jafri, was hacked limb by limb and then burnt alive in 2002 had been petitioning the courts with the support of Teesta Setalvad, an eminent human rights defender. The case, after almost two decades, had finally reached the Supreme Court. On June 24, 2022, the court dismissed the petition, describing the claims as “false” and “motivated” and berated Setalvad for her “audacity to question the integrity of every functionary involved.” In an alarming turn the court said that the petitioners were the ones who “need to be in the dock”; within 24 hours  Setalvad and Sreekumar were arrested by the Gujarat Anti-Terrorist Squad and charged with “conspiracy” to “tarnish the image of the Gujarat administration.”

At the time of the arrest, Indira Jaising, a well-respected Indian lawyer, noted for her legal activism in promoting human rights, wrote: "The case against Teesta smacks of a plan to deter her from assisting victims of the Gujarat 2002 riots. … The disproportionality of the legal process, the timing, and the insistence of the prosecution on custodial interrogation, smack of vendetta."

UN Special Rapporteur on Human Rights Defenders, Mary Lawlor also expressed “deep concern” about Ms. Setalvad’s detention. “Defending human rights is not a crime.” South Asia Director of Human Rights Watch, Meenakshi Ganguly, said, “These arrests are clearly reprisals for pursuing justice for victims of the Gujarat riots and attempting to hold those who were in power accountable”.

It is this aspect that is alarming and has drawn the attention of eminent Canadians. At today’s press conference, Pearl Eliadis, an internationally renowned human rights lawyer and one of the signatories to the letter, said that international solidarity against repression, such as these letters by eminent Canadians, is most important. The rule of law and the capacity to advocate for human rights is at the heart of democracies. And upholding democracy in India, because of its prominence and significance as a leader of democracy in the global South is very important.  She praised this initiative because it is so important that principles such as peaceful assembly, freedom of expression, freedom of association, the right to dissent, to petition the courts, the kind of work that Teesta Setalvad has been engaged in, must be protected, and governments must not use them as grounds for retaliation. “It’s extremely important that governments be held accountable," Eliadis said. "The best way of doing that is to have the international searchlight of accountability pointed at them to make sure that there is no impunity for grave violations of human rights as have taken place in this particular instance.”

Sam Boskey, former Montreal City Councillor and another signatory to the letters who was present at the press conference stated, “While suppression and denial of human rights in many countries is nothing new, these particular arrests of high-profile activists are part of a strategy of legitimizing and normalizing such attacks.” Boskey further emphasized, “It is essential that disapproval of such actions gets expressed around the world, especially from countries such as Canada to which India would like to look for support in its various international endeavors.”

The overwhelming sentiment in the press conference was that dissent is a hallmark of democracy, enshrined in democratic constitutions and democratic governance, and it was hoped that initiatives such as this reach the authorities and persuade them to drop their pursuit of charges against Teesta and Sreekumar and release them on bail forthwith.

It was also noted that the media needs to play a role in spreading this information. While we live in times where crackdowns against dissidents in places like Russia get a lot of media coverage, the violence and impunity faced by activists on the ground in India who are struggling to ensure India remains a democracy, remain relatively unknown. The arrests of Setalvad and Sreekumar have happened in a context where the institutions of democracy in India are being hollowed out; the separation between legislative, executive, and judiciary and the checks and balances that this ensures are being removed. The deep concern that their detention has elicited is because it is the most recent and appalling action designed to stifle dissent, intimidate the population, and dismantle civil society in India.

"Today, India is like Germany of the 1930s," said Jooneed Khan, the moderator. History shows how in a period of four years, Germany moved from a liberal democracy to a dictatorship headed by Hitler. A major alarming event in the recent past includes the open and public call for the genocide of Muslims at several mass gatherings  (Dharma Sansads or Hindu parliaments)  by the Hindutva right-wing in India. In glaring contrast to the arrests of Setalvad and Sreekumar, these incitements to mass violence have gone unreprimanded by the State authorities.