Opinion | Egregious attack on Ontario workers must be fought against

Opinion | Egregious attack on Ontario workers must be fought against 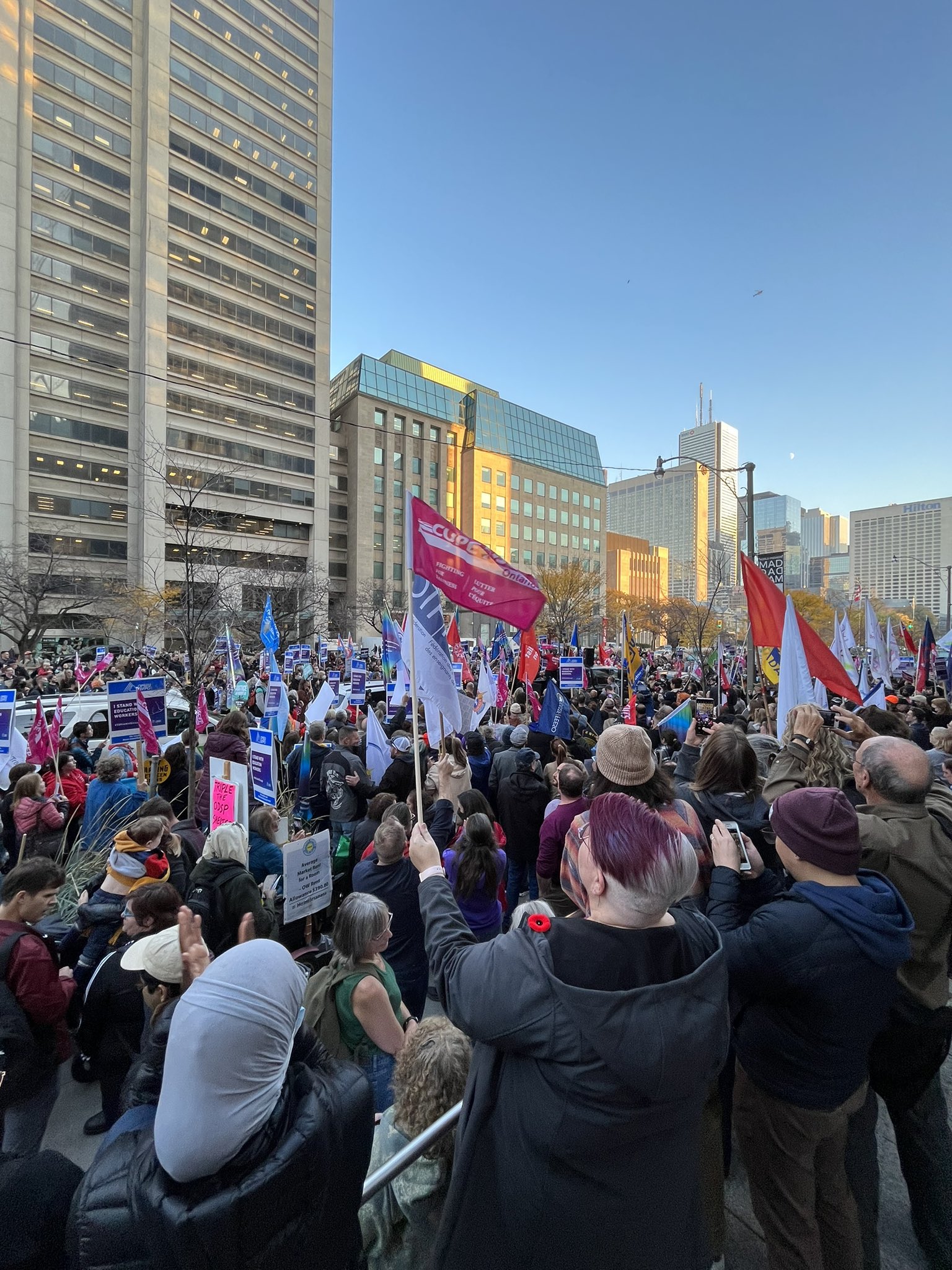 The labour movement in Ontario is fighting the attack on labour rights launched by the Ontario Progressive Conservative government. Workers, especially the education workers at the centre of this, deserve our full support. Nothing less than the rights of all workers in the province and country are at stake.

Education workers, members of the Ontario School Board Council of Unions (OSBCU), have voted to go on strike. Members, the majority of whom are women, include educational assistants and custodial staff in Ontario public schools, most of whom earn under $40,000 per year. Of the 55,000 members in the union, around 80 per cent participated in the strike vote, and they voted 96.5 per cent in favour of it.

Despite the right to strike being protected by Canadian law, Ford's conservative government has invoked the "Notwithstanding Clause" in order to pass a strikebreaking law to force the workers back to work, effectively illegalizing the right to strike

This is a fight for the Charter-protected right of workers to strike.

Losing that right is unthinkable, and drags us all towards a situation where we are forced to go to work without any meaningful way to improve conditions. This authoritarian turn would be an enormous blow to workers rights, and would embolden employers to impose even more exploitative conditions on workers already struggling to get by.

Thankfully, the labour movement in Ontario is fighting back. An emergency rally on Tuesday, November 1st, brought out thousands of people on notice of 24 hours or less. Solidarity actions have been happening throughout the week.

On Friday, the strike begins, with OSBCU workers not going to work. School boards will close schools if this happens. Pickets are being planned outside the offices of Members of Provincial Parliament (MPPs), and also at Queen’s Park in Toronto. 8,000 education workers who are members of another union, the Ontario Public Service Employees Union (OPSEU), have announced they will also go on strike in solidarity.

The government's legislation includes fines of up to $4,000 per day per unionized worker who goes on strike, and $500,000 per day for the union. This is draconian and must be resisted.

All unions and individuals who are able should support OSBCU workers to the best of their abilities. That includes absolutely not crossing picket lines, not trying to keep schools open in the event of a strike (that would be strikebreaking). If asked, we should make donations to striking workers' unions.

There is much the leaders of unions can do, but there are also limits. They may be fined or even criminalized for their actions, and the government has already threatened as much. If this is the case, workers can take it upon themselves to act without the leadership of the unions giving direction. A strike that happens without union leadership giving the instruction is called a "wildcat strike." They used to be relatively common, but are much less so now.

Another possibility, which would really pressure the government, is if other unions beyond OSBCU and the 8,000 OPSEU members also go on strikes in solidarity. The government is trying to force education workers back to work in large part to keep businesses open and keep the economy humming along. Many workers all going on strike at once grinds everything to a halt. A major strike like this, where nearly all workplaces shut down, is called a general strike.

The most famous general strike in Canada, and one of the only ones, was the Winnipeg General Strike of 1919 in which workers brought the city to a standstill, while business owners and the state fought to get them back to work.

It's hard to know how this will play out. But the more support and solidarity these education workers get, the better chance there is of forcing the government to back off, and of us protecting the rights of all workers.

Now is the time to fight.