Mobilizing musicians around the world in support of Palestine

Mobilizing musicians around the world in support of Palestine 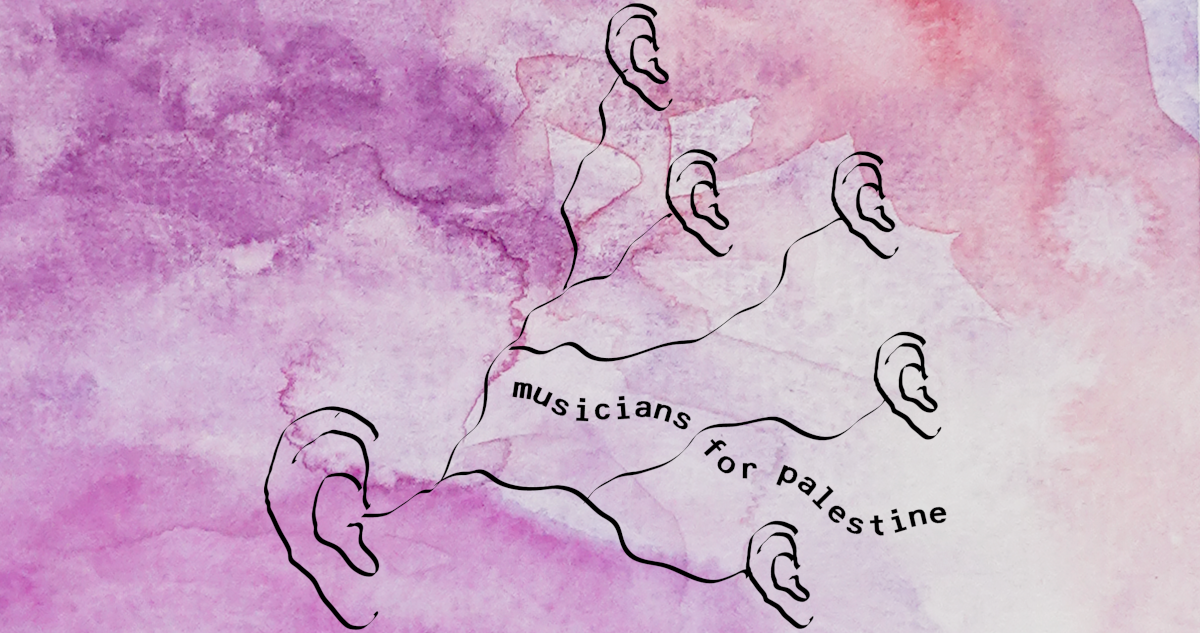 Stefan Christoff is a musician and a long-time activist based in Tiohti:áke, or Montreal. He is also the co-ordinator of Musicians for Palestine, a network of musicians from around the world committed to speaking up in support of Palestinian human rights. Scott Neigh interviews him about the work involved in building a global initiative of this sort, and about the network’s most recent statement, which was released in September 2022.

Christoff’s grassroots political work started when he was a teen, and he has participated in struggles related to everything from opposing police brutality, to anti-capitalism, to migrant justice. He has been very involved over those years in Indigenous-led land defence struggles across so-called Canada, most recently those by the Wet’suwet’en people against the Coastal Gas Link pipeline. And, for more than two decades, he has worked in support of Palestinian struggles for justice and liberation.

Christoff has always seen the Palestinian struggle as integrally interconnected with both Indigenous struggles within and against so-called Canada and the waves of anti-colonial resistance around the world in the 20th century. All are fundamentally about the land. The colonial states involved draw from similar repertoires of oppressive practices. And the struggles are interconnected too, not just in an abstract way but concretely. Contemporary manifestations of Palestinian struggle clearly draw on lineages that include the anti-apartheid fight in South Africa and the liberation movements that threw off the yoke of European empire in the middle of the last century.

As for his music, Christoff has been releasing it publically for about ten years. His work is generally instrumental, and often experimental. He uses music as a way to process the demands of constant frontline organizing and to nourish himself. And he uses it as a way to build community, through the shared pleasure and creativity of playing together, and also through putting on musical events meant to raise awareness and sometimes funds in support of particular struggles.

For over a decade, he was involved in organizing a series of concerts in Montreal called Artists Against Apartheid, which he said “were trying to create a community space for artists to speak together about what’s happening in Palestine, and improvise and work together to basically have creative moments of shared community.” He emphasized that often the music at these concerts “wasn’t super slogan-based, but it was often more beautiful and reflective.”

He continued, “I think that that’s important, right? To have that space to reflect, to have that space to create. And to see that as part of the process of activism. I think that often activism is understood as only the moments that are in the headlines. But it’s much broader than that. To be involved in these issues over a lifetime, you need to take different approaches. And music has been a really important part of that for me.”

Around Palestine and other issues, Christoff has often seen musicians asking the same question that many of us ask when faced with some great injustice: What can we do? In response to the Israeli state’s military assault on Gaza in May 2021, there was once again a surge of such questions. So he decided to make use of his experience as an organizer and worked with others to build on the engagement around these issues that had been happening within Montreal’s multiple overlapping music scenes over many years, to create Musicians for Palestine.

From these local networks, people then reached out through networks of musicians that spanned the globe. It was a long, challenging process requiring many one-on-one conversations, with lots of listening and lots of grassroots educational work. In addition, it all happened in ongoing dialogue with Palestinian communities on the ground, and Palestinian-led activist organizations like the Palestinian Campaign for the Academic and Cultural Boycott of Israel, the Boycott, Divestment, and Sanctions Movement, and the International Solidarity Movement. Ultimately, Musicians for Palestine was able to release a collective statement in support of the Palestinian people endorsed by hundreds of musicians from around the world.

This initial statement in 2021 was, Christoff said, a great success. As hoped, it was covered by many of the major outlets in the world’s music press, and after its release, “hundreds, maybe thousands, of musicians wrote us wanting to also join this process.”

This year, Musicians for Palestine developed a second statement, which it released in September 2022. Christoff said that the goal this time was “to basically outline that, despite Palestine not being in the headlines, there’s a lot of interest to continue expressing, collectively, support for Palestinian human rights, as musicians.”

Across the two statements, one or both have been endorsed by musicians like Patti Smith, members of the Roots and the Sonic Youth, Boots Riley, Asian Dub Foundation, The Halluci Nation (formerly A Tribe Called Red), FKA Twigs, Lido Pimienta, Denzel Curry, plenty of young hip-hop artists associated with Black Lives Matter organizing, and hundreds and hundreds of others.

A key element for Christoff in building support for these statements is maintaining a clear distinction between the Israeli people and the Israeli state – it is the latter that is the target of criticism and organizing, much like when we oppose the role of the Canadian state in colonial violence against Indigenous peoples here. And he said that in the time he has been active on this issue, he has seen a real shift. Not only have mainstream human rights organizations like Human Rights Watch and Amnesty International come to recognize that Israeli state practices meet the definition of “apartheid” – which Christoff explains as “the clear delineation of rights based on racial categories that is translated on the ground through an occupation [by] the Israeli military and a series of laws that discriminate directly against Palestinian people” – but he also said that increasing numbers of people in North America are coming to realize the importance of speaking out on the issue.

Christoff encourages musicians who wish to be part of the process around Musicians for Palestine’s next statement, which they will develop and release at some point in 2023, to get in touch. He also encouraged musicians to take other kinds of actions. Musicians are well-placed, for example, to put on fundraising events for Palestinian organizations. He emphasized that while the money raised in such efforts can be useful in supporting important work on the ground in Palestine, often the value in organizing events is “less about the funds. It’s more about the process of speaking together, of creating a space, and for people to gather and to talk about what’s happening in Palestine…to talk and to create community around these issues, to talk about interconnections. You know, what’s the parallels we can understand between the Canadian colonial state and the Israeli colonial state? What does solidarity look like? How do we learn more about what’s happening in Palestine? [About] what Canadians arms companies are doing, in terms of exporting to the Israeli state military complex? You know, all these questions. That’s what creating small events can do, is create conversation in community. And that’s what’s important.”

Image: By Susanna Gonzo, used with permission of Musicians for Palestine.