A legal challenge to keep Ontario students safe from COVID-19

A legal challenge to keep Ontario students safe from COVID-19 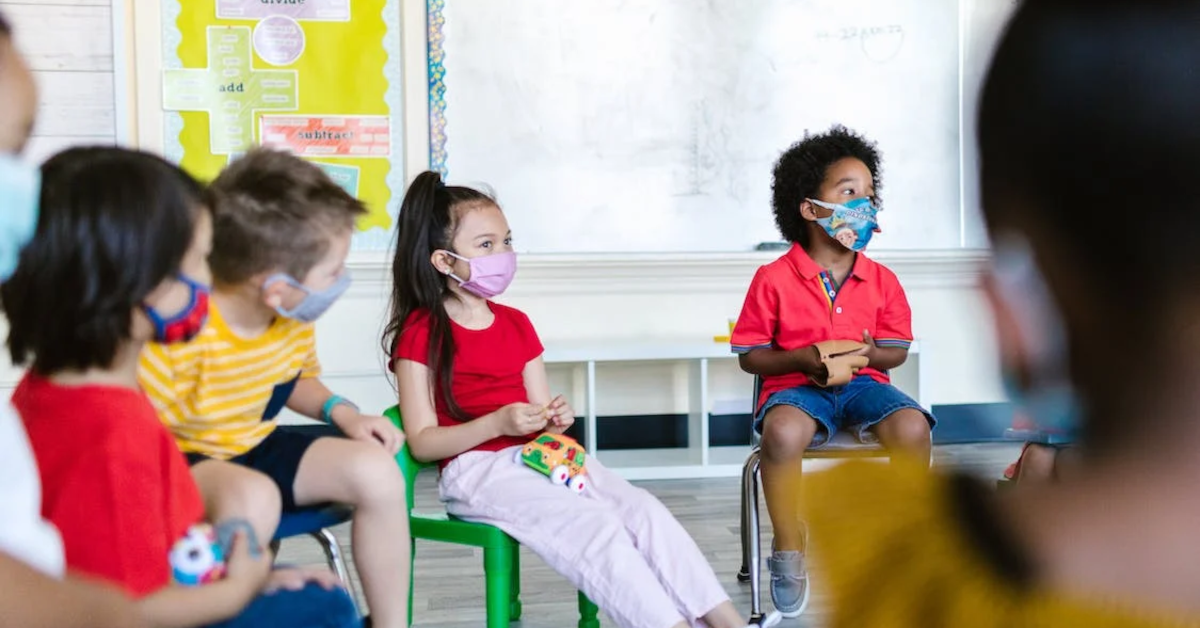 Heather Hanwell, Kate Laing, and “Hannah” are members of Ontario School Safety, a group of Ontario residents, most of them parents, committed to ensuring that the province’s schools are safe enough for students, teachers, and other education workers, in the context of the ongoing COVID-19 pandemic. Scott Neigh interviews them about Ontario’s response to COVID in schools so far, about the many things the province should be doing but isn’t, and about the legal challenge that they plan to launch to get the provincial government to make schools safer.

We all know the broad outlines – in early 2020, people started getting sick from a novel coronavirus, and since that time, COVID-19 has killed in excess of 6 million people around the world. Tens of millions more are living with often serious long-term impacts from the disease, leading many experts to describe the pandemic as a “mass disabling event.”

Initially, many governments took decisive action to save lives and keep health systems from collapsing. As we learned more about how the virus works, and as new tools like vaccines became available, we transitioned to ways of protecting each other that were effective but less disruptive. And yet today, with more COVID deaths in Canada so far in 2022 than in all of either 2020 or 2021, and with our health system in crisis, governments have almost completely retreated from the kinds of measures that we know would keep us safe while still allowing us to largely go about our lives.

Today’s episode focuses on the public education system in Ontario. The pandemic response in that context has largely followed the broader trajectory – lots of shut-downs early on, then a shift to dependence on overlapping measures like distancing, masking, and vaccines, followed by the current refusal by the government to do much of anything to keep students and staff safe or to even acknowledge the existence of a problem.

The guests on today’s show are all parents with children who attend school in Ontario. In addition, Hanwell has a PhD in Nutritional Sciences from University of Toronto, as well as Masters degrees in both nutritional sciences and public health. Laing holds two Bachelor of Science degrees, one in psychology and one in physiology, and she lives with an autoimmune disease. And “Hannah” is a small business owner – she is participating under a pseudonym out of concern for the kind of vicious backlash sometimes mobilized by those who oppose public health measures.

For Laing, “the beginning of the end” of Ontario having a halfway decent response to COVID in schools came when capacity issues were used as a reason to significantly restrict access to testing, which in turn meant that it became very difficult to know the extent of the disease’s presence. She said, “Our [case] numbers went to crap, quite frankly. And that really impaired parents’ ability to make informed decisions … and at the same time the government was trying to say, we need to put it on you.”

Laing continued, “We have more notification protocols in place for kids getting head lice than we do for a disease that causes enormous endovascular compromise, cardiovascular events, neurocognitive deficits, long COVID. Like, it’s just massive, the number of things that we’re finding COVID does. And we as a society have just said, let it rip. And we’re just letting it run through schools.”

“Hannah” added, “The fact that we are fine with this running anywhere in our communities is astounding to me, let alone infecting our children and running rampant in schools.” She continued, “It’s no longer a question that schools are areas of high transmission. It’s also no longer a question that kids can be infected with it, and that it is doing damage to their bodies – potentially short term, and potentially long term.” Some people, such as those with some autoimmune diseases, are particularly vulnerable to COVID and the damage it can do.

And Hanwell said, “One of the things that’s really frustrating for me, as someone with a background in public health, is that there were a number of recommendations – evidence-based recommendations – that the government refused to implement in schools.” She said there was enough time between the onset of the pandemic and the deadly Omicron wave that “they could have made investments. Time and time again … there were things that the government could have done to make schools safer.”

Ontario School Safety got its start on Twitter. A lawyer had posted a thread outlining why he thought that parents in Ontario would have a strong legal case against the provincial government for its unreasonable and unsafe choices in responding to COVID in Ontario schools, and a number of parents responded. The lawyer facilitated an initial online meeting, and they decided to form a group.

A planned lawsuit against the Ontario government is the centrepiece of the group’s strategy, though they are also doing various kinds of media work and public education. They set up a GoFundMe page, a website, and social media. As of this recording, they have raised about $35,000 out of the $75,000 they need to launch the lawsuit.

They are also looking for more people who might want to get involved in the group or become plaintiffs in the legal challenge. Hanwell said, “We’ve already had a lot of families reach out to us,” but they are eager to hear from more. “We want to know if you’re having trouble, if you’re having issues with COVID in schools or whatnot, and you think you might want to be a plaintiff…. We want to hear from [people], we want to hear their stories.”

The decision to focus on a legal challenge was made in the context of most members of the group already having been very active as individuals in putting pressure on their local school boards and individual schools around COVID safety, and being frustrated by how little headway they had been able to make. They were, Laing said, “running into a lot of red tape” and being constantly told that, oh, no, this is actually someone else’s responsibility – “You kind of get the runaround.” It soon became clear to the group that decisions on these issues are being made by the provincial government, and the lawsuit is a tactic that allows them to “go for the head of the snake, for lack of a better term.”

The group is very clear that they are not asking for more school shutdowns – what they want is the government to do the things that would be necessary to make it safe to keep schools open. This could involve a lot of different elements, but it prominently features re-orienting the province’s response to centre what the science actually says about COVID and its transmission in schools, honest communication about that with the public, and more testing. They want evidence-based decision making about measures like mandatory masking, investment in better indoor air quality, and changes in school operations like cohorting and altered schedules. They want all of this implemented in a way that is equitable, with for example free provision of N-95 and similar masks to ensure that expense is not a barrier to safety.

At the same time, today’s interview participants say that they have a lot of sympathy for people who are skeptical of their demands and who don’t understand the extent to which COVID remains a threat, in schools and in general. “Hannah” said, “There has been just massive communication failure” from governments about COVID-19. “We as a group fully understand why the majority of people don’t think COVID’s a big deal. … They have not been given all of the information.”

With that in mind, the group is also prioritizing public education related to COVID safety in their work, because most people just do not have the time to follow the emerging research directly. Hanwell said, “We’re not out here necessarily to change people’s minds if they’ve already dug into strong positions against COVID protections. But rather, I like to think about friends of mine in my small northern community who are busy with their lives, they’re struggling to put food on the table because of rising grocery prices, they’re waiting for a day in the ER when their kids are struggling to breathe, they’re not able to access medications, etc. And they’re confused, and they’re probably feeling a little bit, if anything, annoyed or angry at the government, I would think, right now. Because why are we talking about masks? Again, we thought we were out of this. Why are we having this crisis in hospitals, in particularly in the children’s hospitals? So part of our work right now, in addition to the legal case, is to help get that information out there.”

Laing agreed, saying, “There are dots that need to be connected here that the government isn’t really interested in connecting for people.” However, she emphasized that in saying these things, Ontario School Safety is not just focusing on “doom and gloom. … We’re saying, yes, this is out there, and we know it’s out there. And, yes, we need to learn to live with COVID. But living with COVID doesn’t mean just, you know, accepting the fact that you’re going to get infected with it multiple times. It means, okay, got to wear a mask in congregate settings, got to social distance, got to get vaccinated, got to do all of these layers of protections. And the government has its role to play in terms of making sure that air quality is high, making sure that there are policies in place.”