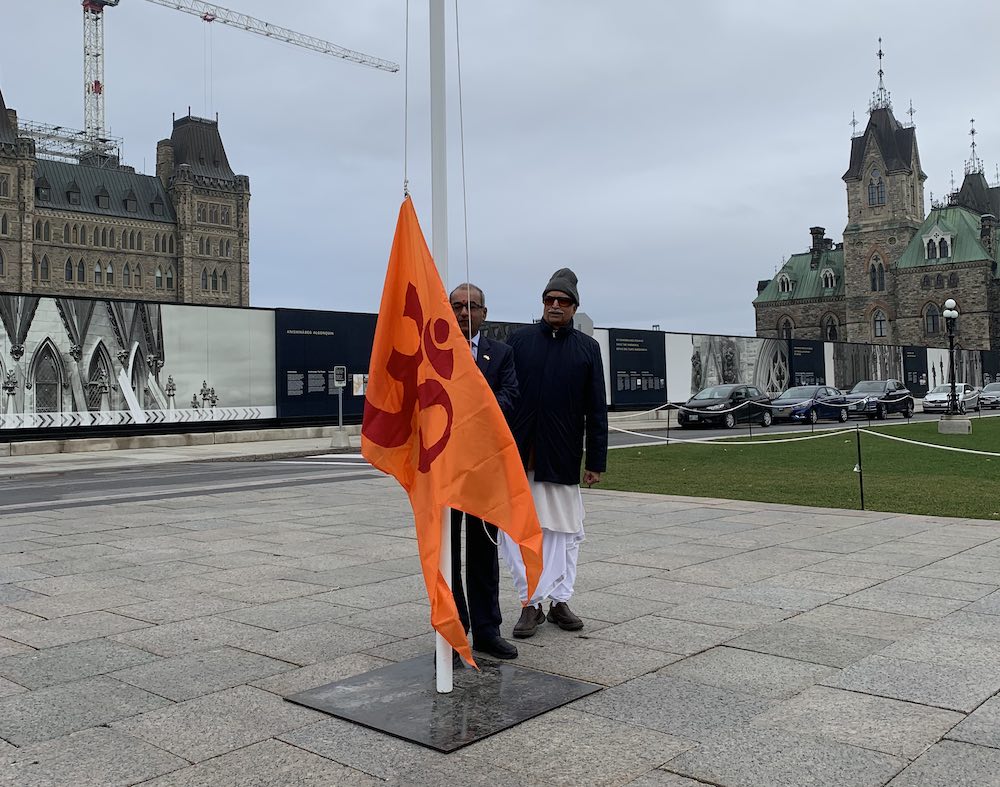 In Ottawa there is silence about a symbol of hate hoisted on Parliament Hill, on November 1st, ostensibly in the context of Hindu Heritage Month.

As the letter by Canadian civil society and community organizations to Prime Minister Trudeau explains, this is an insidious manipulation of multiculturalism to promote an agenda of hate.

The silence is even more poignant because at this moment, civil liberties defenders are raising questions about rights in the context of the hearings about the Emergency measures enacted this spring around the Ottawa convoy protest.

As Justice for All, one of the signatories to this letter to the PM states, the flag in question is that of a “a Hindu nationalist group, the RSS, banned thrice in Independent India, including for the assassination of Mahatma Gandhi by one of its members Nathuram Godse. The founder of the group took inspiration from Nazi ideology to maintain ’purity of race’. Theirs is a supremacist ideology that aims to make India an exclusively Hindu nation.”

The academic South Asia center at Montreal’s University, UQAM, CERIAS, also sheds light in their open letter why raising a saffron flag is a problem.

The government of Canada needs to immediately disassociate itself from the flag and take action against MP Chandra Arya, the architect of this vile act. This flag represents death and genocide for minorities in India, as evidenced most recently by Amit Shah, the Indian politician with the second most powerful portfolio, Ministry of Home Affairs. Shah bragged that the killings in Gujarat, India in 2002, in which over 2000 Muslims were killed with impunity, brought "permanent peace to Gujarat".

The saffron flag on Parliament Hill is directly linked to what human rights defenders identify as the Gujarat genocide of 2002. If PM Trudeau remains silent and does not act we are left to think that he condones this.

The joint letter signed by seventeen (17) South Asian diaspora and civil society organizations demands that PM Trudeau denounce the saffron flag hoisting at Parliament Hill and that the PM give assurance that any such incidents do not take place under the watchful eyes of the Canadian government.

The letter can be read at https://indiacivilwatch.org/condemning-the-saffron-flag-on-parliament-hill-ottawa/