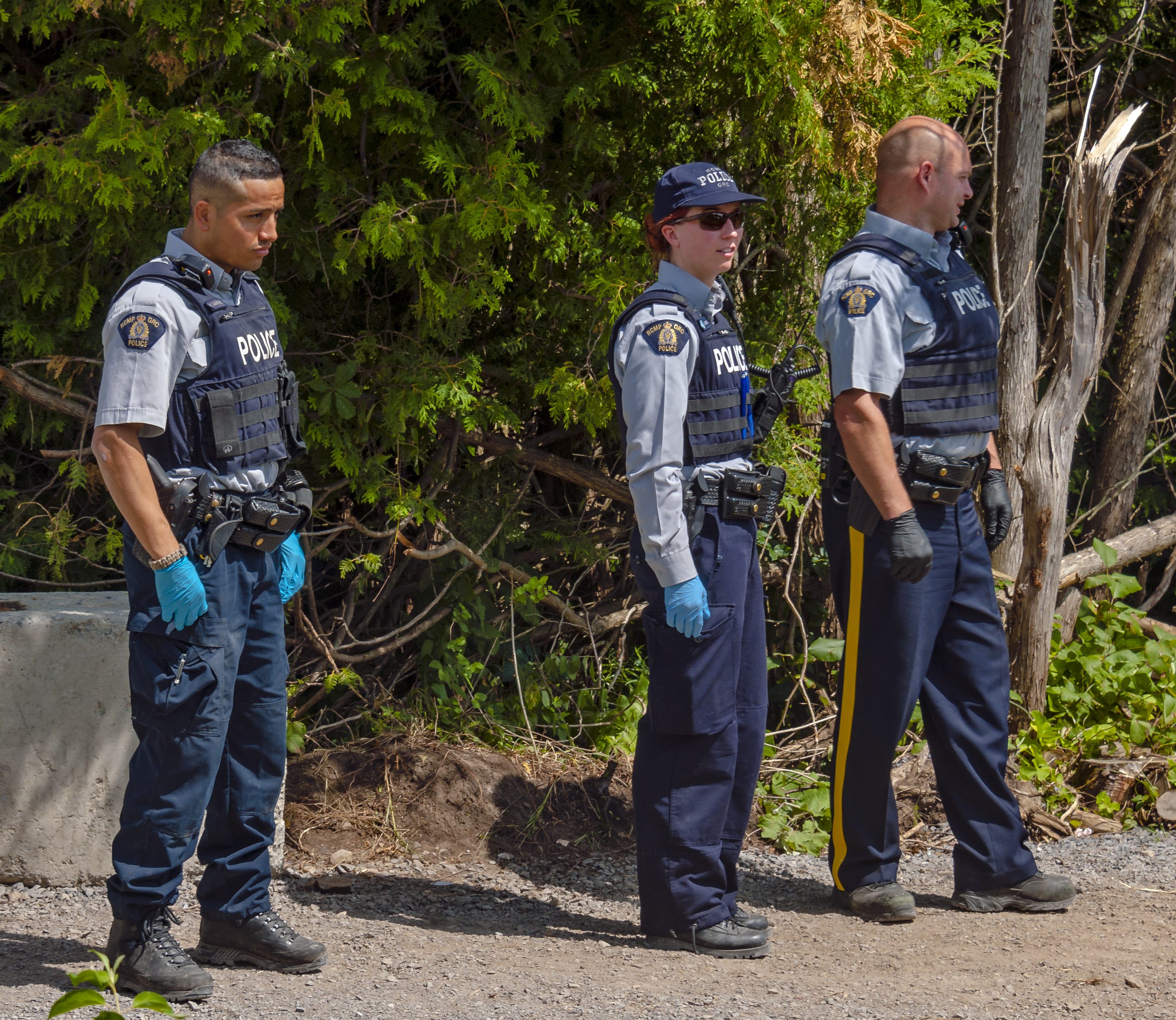 Canadian policing increased its deadly toll in 2022 as at least 117 people had their lives taken through police actions. This includes people who police actively killed, as in police shootings for example, or who died through various police actions. The 117 police-involved deaths represent more than have been reported publicly in recent years. In 2021, at least 104 people were killed in police actions.

As always, however, we must exercise caution, because there are no formal and systemic mechanisms of documenting and reporting police killings publicly in Canada. Thus, all numbers presented for police-involved deaths represent an undercount.

The identities of victims of police killings are not made available publicly unless family members come forward. Little is known about the identities of killer cops, including their histories of violence and/or previous killings. There is no public registry of killer cops in Canada. There should be.

These reports are based on police reports, reports from oversight agencies, and in some cases families.

A man shot by Maskwacis RCMP on Samson Cree Nation on December 1 died on December 3. It is reported that at 1:23 PM on December 1, Maskwacis RCMP received a call regarding a male discharging a firearm in a rural area on Samson Cree Nation. Officers drove to the area and, at approximately 2:03 PM, located a male allegedly carrying a rifle and walking on a rural road near the intersection of Range Road 250 and Township Road 442.

A second officer arrived shortly afterward in his police vehicle. The man allegedly walked toward the vehicle but stopped as the officer approached him on foot with his firearm drawn. Police claim the man then pointed the rifle in the officer’s direction. At approximately 2:04 PM, less than a minute from both officers arriving, by the timeline provided by police, the second officer fired his weapon, striking the man. Emergency medical services (EMS) attended and transported the man to a hospital in Edmonton, where he died on December 3.

Winnipeg police shot and killed a man during a traffic stop on Saturday, December 3. Winnipeg Police Service (WPS) officers were reportedly conducting a traffic stop on Portage Avenue and Bourkevale Drive on Saturday evening. At some point, one officer fired a weapon striking a driver. The man was taken to hospital in critical condition where he died from his injuries. The Independent Investigation Unit of Manitoba is investigating the killing. No other details are currently available publicly.

Creston RCMP shot and killed a 16-year-old boy during a vehicle check on December 14. The Independent Investigations Office (IIO) of BC reports that a Creston RCMP officer initiated a traffic stop on a pickup truck that was parked in the driveway of a residence in the 3400-block of View Road, at approximately 3:35 AM. At some point some type of interaction occurred and the officer fired his weapon. The vehicle left the scene but at approximately 3:45 AM was located in a ditch near Highway 3A and Mather Road with the youth suffering from a gunshot wound. He was later pronounced dead at the scene.

An RCMP action in Burnaby, British Columbia, ended with one man dead on December 16. It is reported that police responded to a call for assistance regarding a man at a business in the 6500-block of Hastings Street at around 6:00 AM. When officers arrived, some type of interaction occurred, and the man went into medical distress. He was pronounced dead on the scene.

Initial reports claimed that the man was “overdosing” but also said that police were arresting him, not providing medical assistance, when he went into distress. No other details have been released publicly at this time, including how police confronted and interacted with the man or the nature of the interaction that resulted in his medical distress.

York Regional Police (YPS) shot and killed a 73-year-old man, identified as Francesco Villi, following a shooting spree that killed five people and injured one at a condo building in Vaughan, Ontario, north of Toronto. Ontario’s Special Investigations Unit (SIU) reports that at approximately 7:20 PM, YPS officers were deployed to a condo building at 9235 Jane Street, near Rutherford Road, regarding a shooting in progress.

When they arrived, there was an encounter between an officer and an armed man in the building. The officer fired his gun, striking the man. He was pronounced deceased at the scene.

YPS confirmed the following day that the man killed by police was 73-year-old Francesco Villi, a resident of the building. It has been reported that Villi had been engaged in longstanding conflicts with the condo board.

The SIU has assigned four investigators and two forensic investigators to examine the case. One subject officer has been designated at this time.

A 34-year-old man died in a fall from an apartment balcony during a Toronto police action on the morning of December 25, in North York, Ontario. The Special Investigations Unit reports that at approximately 5:10 AM, Toronto Police Service officers attended an apartment building at 155 Antibes Drive regarding a disturbance call. Upon arrival, officers located a man on an apartment balcony and allegedly attempted to negotiate with him from a neighboring balcony.

At approximately 6:50 AM, the man fell from the balcony to the ground below. He was pronounced dead at the scene.

A man died during an intervention involving the Longueuil agglomeration police department (SPAL). The BEI (Bureau des enquêtes indépendantes) reports that on December 25, at around 12:15 PM, SPAL police officers were called to intervene in a family dispute at a residence located on Pendale Street in Greenfield Park. The 911 call allegedly reported a threatening man armed with a knife.

The first police officers arrived on the scene around 12:24 PM and established a perimeter before trying to make contact with the man inside. It is reported that police tried “to reason with him, in vain.”

Around 12:35 PM, a fire was started inside the residence. Police and firefighters entered the interior of the residence where the 50-year-old man was reportedly found unresponsive. He was declared dead at the scene.

The BEI has assigned seven investigators to investigate the circumstances of the death. The BEI is not an independent agency, and the Sûreté du Québec (SQ) will also be involved in the investigation.

Strathmore Alberta RCMP shot Nathan Leather, a 39-year-old Siksika Nation man early on December 25. On December 27, it was reported that Mr. Leather had died and that chief and council had offered condolences to his family.

The Alberta Serious Incident Response Team is investigating but has provided few details outside of a social media post. It is reported that RCMP officers in Strathmore, a town in southern Alberta, were called to a local gas station around 3:30 AM regarding an “unwanted person” who was allegedly causing a disturbance. At some point during the interaction, police shot the man, later identified as Nathan Leather. It was initially reported that he was taken to the local health center with potentially life-threatening injuries.

Mr. Leather’s death was reported days later by Siksika Nation in a statement, which confirmed he is a member of Siksika Nation. The RCMP did not give any updates on the victim’s condition or the nature of their engagement with him. It has not been explained why he was “unwanted” or how police interacted with him prior to shooting him.

A portion of the police engagement has been posted to social media by a witness. Multiple gunshots can be heard in the video which was recorded from a distance and does not provide visuals of the encounter.

A man, reported as being in mental distress, died during a Montreal police (SPVM) action on December 30. The BEI reports that around 8:38 AM, a call was made to 911 regarding a person who allegedly made suicidal remarks. The call also suggested that the man was in possession of a firearm.

Police went to the man’s residence on Monkland Avenue in Montreal and attempts were made to contact him by phone. The man reportedly ended the call.

Upon arrival at the scene, the police undertook evacuations and established a perimeter. At around 9:44 AM, the 75-year-old man was found unresponsive on the balcony of his 12th-floor apartment. He was later pronounced dead.

A person died on December 31, in custody of the Moose Jaw Police Service (MJPS). It is reported that the person stopped breathing after going into medical distress in the police detention center shortly before 10 PM. EMS was called and transported the person to hospital, where they were pronounced dead. MJPS has provided no other details at this time, including age or gender for the deceased.

The Saskatchewan Coroners Service, the province’s Serious Incident Response Team, and the Weyburn Police Service are investigating the death. Note that this is not an investigation that is independent of police.