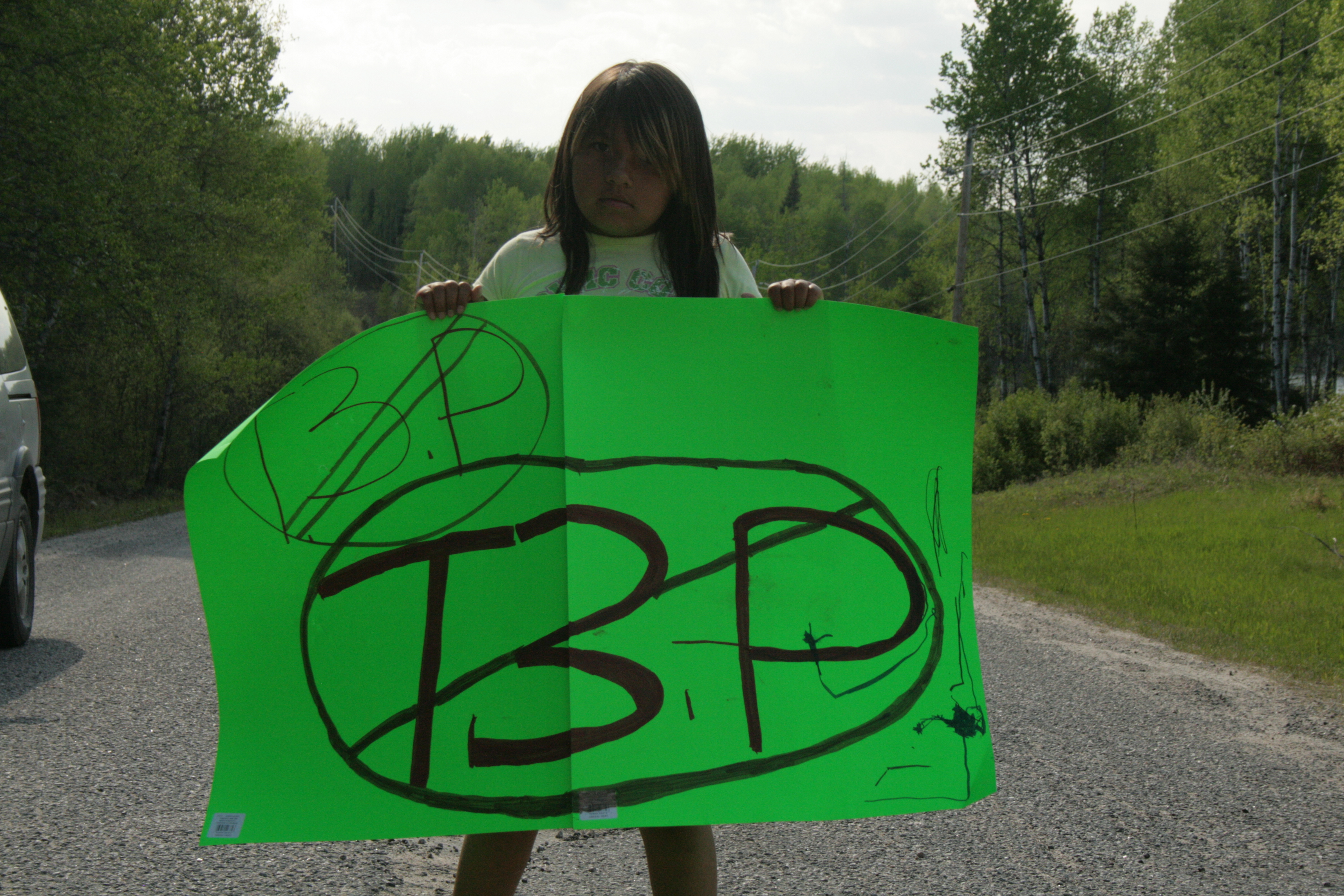 Originally printed in the Kenora Daily Miner and News

Disillusioned with the service of Treaty Three Police Service, a group of demonstrators blockaded the road to Asupeeschoseewagong (Grassy Narrows) First Nation on Tuesday afternoon.

“There are a lot of complaints from the community members about how the police do their service around the community. There’s really slow response time,” said Chrissy Swain, who was one of the leaders of the community's logging blockade that began in 2002. “Some calls, they don’t even respond to. There are complaints about intimidation and the way they handle situations when they do answer calls. I guess it’s mainly safety issues for our community.”

Swain began a dialogue with the police two years ago to address response to calls for the community over 60 kilometres from the Northwestern Ontario city of Kenora. Swain said she has seen no progress.

“Treaty Three says there’s not enough funding. They don’t have enough police officers, stuff like that. There’s always something and nothing’s being done,” she said. “It’s getting pretty sickening just sitting back, waiting for something to happen.”

Coun. Randy Turtle said sometimes it can take up to half a day for the police to respond to an emergency call. He has been in discussions with Treaty Three Police regarding the issue as recently as two weeks ago.

“I have spoken to the Sergeant before and the chief of police before and told him we’re not happy with the response time and the service we’re getting for our community. The explanation has always been that there’s a lack of manpower to adequately serve our community. Hopefully with this, we’re hoping that the federal government will give us more money so we can have the manpower to have more police in the community so we can have service for our people.”

Coun. Darryl Fobister expressed interest in seeing a unit stationed in the community.

“Apparently, they don’t want to stay in our community and that’s kind of odd,” he said. “It would be nice if we had officers that got to know the people and we got to know them as well so that there’s less of a chance of anything really violent happening because it’s more of a one-to-one basis.”

Ultimately, Swain is proposing a volunteer force of peacekeepers to respond to safety concerns in the community.

“The bigger picture is I want to see our own people taking care of our own people as peacekeepers so we can enforce our own laws,” she said, adding Treaty Three doesn’t enforce traditional laws or community bylaws.

Last year, a Safety Committee was established in Asupeeschoseewagong, which councilors on the site of the blockade felt could complement a police presence as its mandate grows.

Blockade leaders are meeting with Treaty Three Police deputy Chief Louie Napish Wednesday to hand over concerns they have compiled.