The arrogance of the regime is starting to fracture, but all coup attempts must be rejected

The arrogance of the regime is starting to fracture, but all coup attempts must be rejected 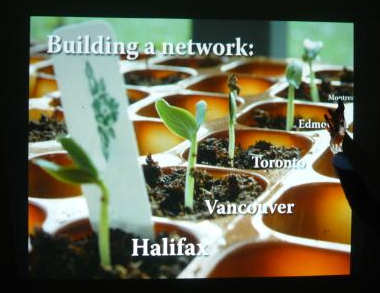 Economist Alberto Acosta (Quito, 1948) is considered one of the ideologues of the Citizen Revolution of Rafael Correa. Co-founder of Alianza PAIS, the president's party, he was Minister of Energy and Mines between January and June of 2007. His distance from certain positions of the government culminated in June of 2008 with his resignation as president of the National Constituent Assembly. He is a professor and researcher in the Latin American Faculty of Social Sciences (FLACSO).

Do you think that given what happened on Thursday there was a plan to overthrow the government or was it just a simple rebellion?

It is difficult to know. At first glance it looked like a riot of a group of police and some soldiers. Regardless there are some additional elements to reflect upon: where were the intelligence services, or were those also involved in the plot? Yesterday [Thursday] the assembly was originally closed by the police. Later the official assembly members (parliamentarians) had trouble entering. Meanwhile, the assembly members who are part of ex Colonel Lucio GuitiÃ©rrez's Patriotic Society (SP) entered and exited [freely] like Pedro in his house.

Does that give weight to the thesis that the opposition, remotely led by GutiÃ©rrez, was behind it?

There is information that in the barracks where the revolt took place, which wasn't just in Quito, there was a presence of civilians: ex-soldiers and ex-police, the very people that make up the fat of the Lucio's party, which has a military structure. It is possible that groups of the opposition tried to fish in an upset river, a river that was already upset enough by they themselves as well as by the arrogance of the president's regime.

Do you think the government has tried to get something out of what happened?

I don't accept the hypothesis, which started circulating from the right, that everything was staged by the government and there was never a coup. But yes I believe that the government is taking advantage of the situation, which isn't a bad thing. The sad thing would be if they don't benefit by introducing disciplinary actions and going back to the origins of the revolutionary process, and instead continue on their current rightward path.

Is there a variety of authoritarianism in Ecuador?

Effectively. There is another explanation for what happened in Quito on Thursday, September 30th: the arrogance of the regime is starting to fracture. The president and his government don't know how to dialogue. The don't respect opposing positions. Many times they attack them. They impose their laws, without even respecting the criteria of the assembly members of their own block. They've even taken political decisions and approved laws that are against the Constitution of 2008, which Correa strongly supported. There is varied and simultaneous unrest. In addition to the police and the military, the university students and teachers, the Indigenous, and the unionists are unhappy. Beyond the criticism, what should remain clear is that we have to reject outright any coup attempt. Come from where it may.

Does this insurrection show that there are still reactionary sectors within the security forces?

Without any doubt. The influence of groups like that of GutiÃ©rrez continue to gravitate within the public forces. Let's not forget that many officials were trained in military schools in the US, and in some instances the police, until very recently, were controlled directly by the embassy of said country. [Even] given that, I don't support the hypothesis, which is also already circulating, that the empire was behind the coup.

Do you think President Correa could take advantage of the situation and dissolve the Assembly?

Hopefully the president takes advantage by rectifying [the situation]. The crisis could be a huge opportunity. The president comes out stronger, in the short term. But if he marginalizes self-criticism and continues with his arrogant adventures, closing the door on social organizations, criminalizing protest by popular sectors, I fear that this kind of trembling could repeat itself. History has given to President Correa, once again, the opportunity to reacquaint himself with the origins of the revolutionary process, to rectify. Hopefully he understands it that way.

This is a Media Co-op translation of an interview originally posted to Publico.es.