How Canada is bad, even if people want to come here

How Canada is bad, even if people want to come here 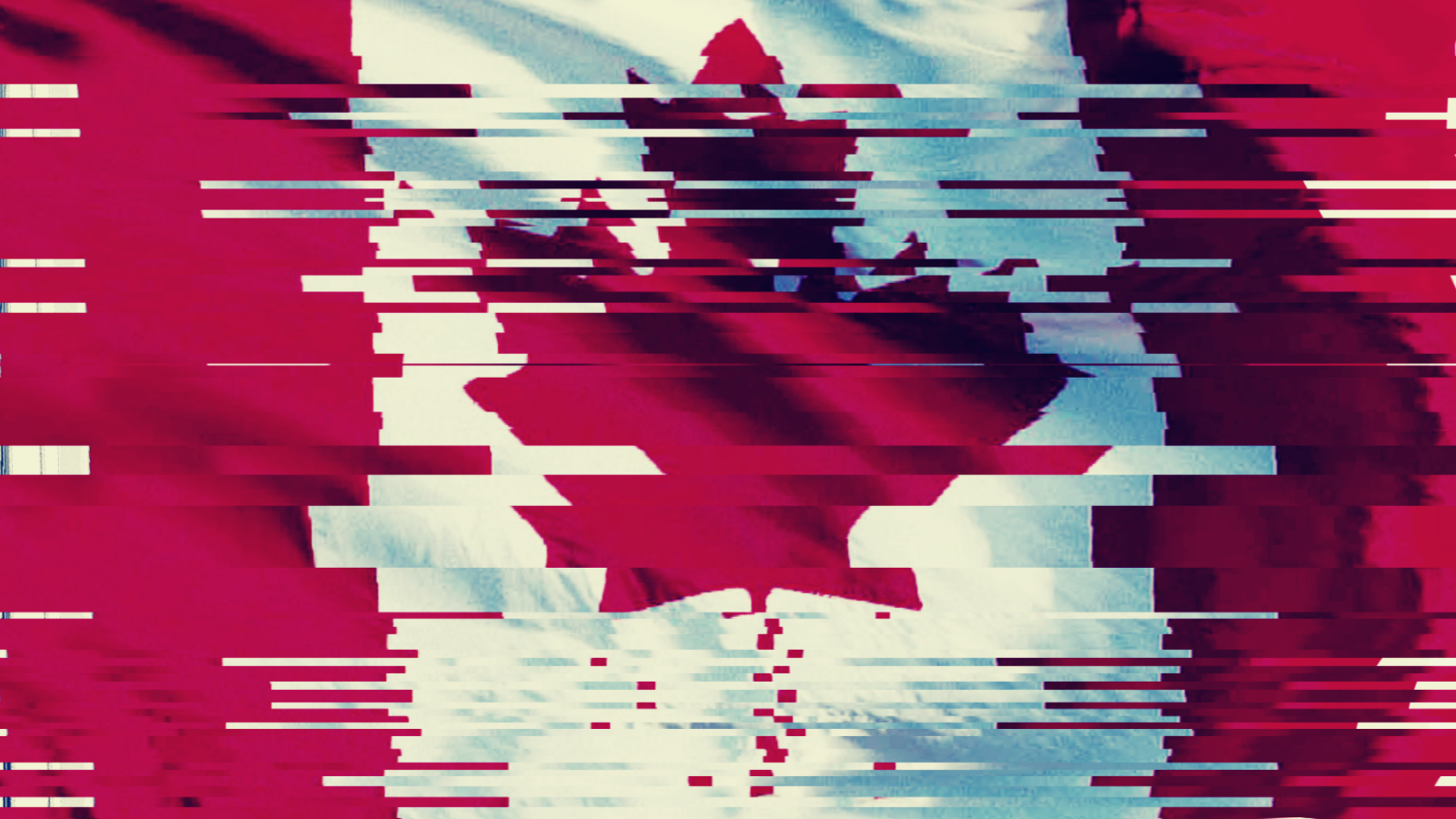 I see people asking, "How can Canada be a bad country if people want to come here?" There is a simple explanation, but one not often given in corporate media.

The terms "imperial core" and "imperial periphery" provide a helpful framework. In the case of the British empire during the 1800s, for example, the imperial core was England, or more specifically London, and the imperial periphery were the colonies -- faraway places like most of Australia, India, South Africa, Canada, and even the closer-by Ireland. Wealth was extracted in the periphery in the form of gold, sugar grown by enslaved Black people, timber from Indigenous lands, beaver pelts, and much more, and it enriched the core, specifically in this case the capitalist investors based mainly in London.

Violence was used on a massive and brutal scale in the periphery, directed by the state and ruling classes, as a way to exert control and maintain their flows of wealth. Imposing war, famine, slavery, genocide, apartheid, and a range of other horrors on the periphery was commonplace. This is all well documented.

But state violence and immiseration against people in the core, in this case England, was much more constrained because it could lead to revolution or civil war, threatening the elites’ power and the social and political system they had established. For any empire, stability in the core is crucial. A notable example of instability in the core was the French Revolution beginning in 1789, which radically altered the society and reduced the power and wealth of the nobility, or ruling class.

Because creating horrific conditions in the periphery is very often part of the process which empires use to extract wealth, people in the periphery are regularly put into desperate circumstances. They may then look elsewhere for stable places with a relatively good quality of life. The core countries, the cause of their suffering, are some of the only stable, promising choices.

Today, the imperial core has shifted somewhat so that in addition to European countries, it also includes the US, Canada, Australia, New Zealand, and Japan. Basically, "imperial core" is interchangeable with "western industrialized nations" or "western nations" or the membership of the G8. (There are also semi-periphery countries like China and Mexico.)

Once considered periphery, the nation state of Canada, occupying Indigenous lands, is now an imperial core country. It, however, also has core and periphery dynamics inside it, which we'll get to in a minute.

Internationally today, Canada, often in collaboration with the US and European nations, inflicts violence on periphery countries for the benefit of the ruling classes. Take Haiti for example, where the elected government of president Jean-Bertrand Aristide was overthrown in a coup in 2004 orchestrated by the governments of France, Canada, and others. This destabilized the country and brought in an undemocratic right-wing government much more favourable to the business interests of Canada and other core countries. A similar story played out in Honduras in 2009, and, as a junior partner to the US, in many countries around the world.

Many people in those countries, a great number of whom are Indigenous (as in Honduras, for example), are persecuted by the new regimes or impoverished in the mess made by the imperial core countries. Many would rather stay put, but are often forced to look for places to go to escape their predicament.

Where are the stable places in the world? The imperial core countries, of course. So some people come from the imperial periphery to the imperial core, displaced by the destabilization and uneven flow of wealth favouring the core. We see this, for example, in the migration of Central American people who try to enter Mexico from the south and then the US.

Quality of life is, in general, relatively good in the imperial core, even if there is massive inequality and poverty. There is generally not so much poverty that the people are likely to rise up and otherthrow the existing order, or if there is that much poverty (as could be said in parts of the US and Canada), there is a culture war to tell poor and racialized people that they have only themselves to blame.

People who come to Canada from periphery and semi-periphery areas have a whole spectrum of feelings about this country, from genuine gratitude, to pain and anger for what Canada has done. Canadian citizens, especially white Canadians, often demand gratitude from newcomers (see: Don Cherry), and position Canada as exceptional. Those who are vocally grateful are held up by white Canadians as proof that Canada is good.

It may well be that another core country caused their displacement, so people are mad at, say, Spain for displacing them from the Western Sahara, and are grateful to Canada for accepting them as refugees. Maybe they are aware Canadian mining companies operate there as well and that Canada sides with Spain, or maybe not.

The vast majority of migrants allowed into the country by the Canadian state are economic migrants, not refugees. These are people who the Canadian state wants because they are either wealthy or have specific skills. Some may be trying to leave a bleak career situation, for example in India, where Canadian and other companies take advantage of low wages and poor working conditions to exploit people, while Canada backs a fascist government there. Others are relatively wealthy families who see a core country like Canada as more stable and providing better business opportunities.

Again, there is a mix of experiences among newcomers, with many facing various forms of racism. The cultural project of white supremacy developed alongside the economic project of European colonial domination, enslavement, and genocide. These logics show up in practice as racist behaviours, whether in the form of micro-aggressions, yelling of racial slurs at people, violent and deadly attacks, or systemic practices like over-policing of Black communities.

And how does Canada's relationship with Indigenous peoples play into the dynamics of the imperial core and periphery? The details of Canada's brutal colonial history are beyond the scope of this article, but in terms of the framework of core and periphery, Canada has largely treated Indigenous nations as part of its imperial periphery.

Canada's goal since before its founding was to bring Indigenous territories and peoples under colonial control, so wealth extraction could proceed. Whether it was making treaties in bad faith and then pushing people off their land with police and deliberately weaponized starvation, or stealing children from their families and sending them to residential schools, the motivation was to take control of the uncontrolled periphery (that is, the sovereign territory of Indigenous peoples). And the aim was and is to transform Indigenous societies so their populations become assimilated into the capitalist economy.

As a new imperial core was created in Canada with centres in Montreal, Toronto, Winnipeg, Calgary, and so on, the government has been willing to inflict very high levels of violence on Indigenous peoples to achieve its aims. Some of the most extreme use of force by the Canadian state within "Canada" has been aimed at Indigenous peoples. When Secwepemc people used their traditional land in 1995 in Gustafsen Lake (BC), on land claimed by a settler, the Canadian Armed Forces responded by firing over 77,000 rounds at Indigenous people. A few years earlier, in 1990, a huge military operation descended on the Mohawks of Kanehseta:ke to fight so a golf course could expand into The Pines, a woods and burial site. More recently, hundreds of armed police have been used to push Wet'suwet'en peoples off their lands to construct a pipeline.

On top of the overt state violence, there is the more insidious violence detailed in the MMIWG (Missing and Murdered Indigenous Women and Girls) report -- state-enforced poverty, police harassment and neglect, and resource extraction industry man camps placed beside communities, among much else.

The point is that, as Tyler Shipley describes in Canada in the World, Canada treats Indigenous nations in a similar way to how it treats imperial periphery regions -- with violence done in the service of wealth extraction. In Indigenous territories, this can cause destabilization and displacement, pushing people into the cities of Canada's imperial core.

People in the periphery often have no choice but to try to come to the core. They are then expected to be grateful, and because quality of life is relatively better, some are, to a degree.

Some may claim that Canada is “the best country in the world,” like federal Minister of Crown-Indigenous Relations Carolyn Bennett did on June 23rd, 2021, after the discovery of an unmarked mass grave at a residential school. Statements like Bennett's likely refer to a narrow view of material well-being in the imperial core, paired with a misleading representation of Canada’s role in the world. It completely ignores the fact that Canada’s wealth derives from it being a consistently bad actor in its dealings with the imperial periphery.

Yes, Canada is bad, even if people want to come here.

For further reading, check out this excerpt from the book Canada in the World: Settler Capitalism and the Colonial Imaginary, by Tyler A. Shipley.