Not Your “Model Minority”

Not Your “Model Minority” 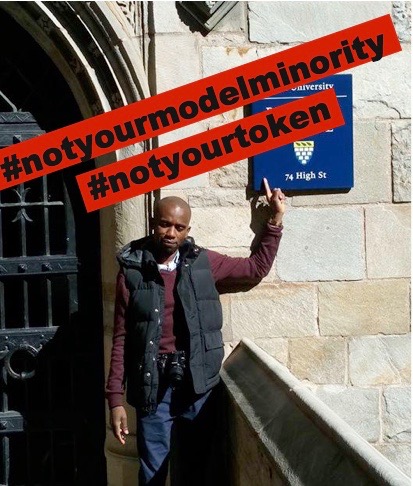 I landed in Canada as a refugee in 2018. "Goodness, few refugees in the streets of Montreal are as educated as you," a factory boss said. Soon, I overheard my landlord in Longueuil, Quebec, whispering about me to his older white neighbor across the fence, "He's so smart; he comes from a country without war." He offered this as a reassurance, a cue that I wasn't a thief or addict in this supposedly respectable suburb. I felt exemplary, genius, and special.

Elke Winter, a respected professor of Sociological and Anthropological Studies at the University of Ottawa, focusing on citizenship, immigration, and nationalism, states, "Being praised as someone who does certain things well or learns the receiving society's language quickly – and even 'better than others' – is flattering and can be beneficial if it is honest and well-intended. Not every compliment is detrimental."

I quickly found rapport with my landlord, a retired pilot, and historian. "Look, sir," I was fond of saying, "the majority of African refugees you see daily here in  Longueuil suburb are from war-torn African countries. Congo. Sudan. They never received a polished English education like me, from Zimbabwe."

"I know, British colonialism made you good stock," my landlord would nod. He felt his worldview of 'good refugee' versus 'bad refugee' was certified by my presence.

Buoyed by my tag of being a unique refugee, I raced to enter the journalism fraternity in Canada. While a fellow refugee who accompanied me to Canada found a job at a car wash down the street, I was chasing story deadlines for the likes of prestigious publications such as Ricochet Media, Friends.ca, and Reuters. I was a propaganda prop for the "refugee-loving Liberal government," said my landlord, a lifelong Liberal Party supporter. The praise went too far. I had to stop it someday.

In July 2018, 200 members of the Quebec-based Storm Alliance and La Meute and other far-right, xenophobic groups descended on Citizenship and Immigration Canada's Immigration, Refugees, and Citizenship Canada offices at St-Antoine and Peel Street in downtown Montreal, uttering insults and expletives and spoiling for a brawl. Right there at the Peel Street office that held our asylum files!

"All along, I meant to warn you: Not every Canadian will like you," a white girlfriend in Quebec City told me on WhatsApp.

This xenophobic protest brought home a reality under the bubble of a warm and welcoming Canada. A chunk of society has a deep-rooted view that refugees fall into two distinct columns: "the good ones, non-Muslim, English speaking, and educated" versus the "school dropouts, teenage mothers, and lifelong welfare check recipients."

The Class Struggle is Real: Good versus Bad Refugee,

People and Their Market Price
"We live in a time where someone's or something's market value seems to have become the predominant legitimization," argues professor Winter, who notes they too are an immigrant, having arrived in Quebec as a student. "Neoliberalism gained in force since the 1980s, and we have gotten used to assigning a price to everything, including, sadly, the value of human beings."

This trend is not unique to Canada, explains Dr. Winter. There is a historically rooted phenomenon of a model minority narrative in America, which bills itself as the world's biggest melting pot for immigrants. "In the US, this is probably more strongly the case because African Americans were often stereotyped as 'lazy, not hard-working,' etc., and hence almost every immigrant group was considered as 'better than.'"

Subsectors of people of color communities are seen as peaceful, educated, less complaining, family-oriented, and likely to assimilate into whiteness. Unfortunately, this tag of good minority is lumped on Asian Americans. Yet, Asian activists in the US and Canada say that the typical Asian immigrant is no single type of super-achiever, high net-worth immigrant. However, this myth of a scholarship-bagging, software-nerd Asian immigrant hides a blindside of Canada and Western countries' policy of cherry-picking the best immigrants from abroad.

Canada's Express Entry visas, Australia's skilled worker visas, and the UK's insistence that skilled workers grant visas to persons arriving to earn above a certain threshold – 25,600 GBP/ $43,650 CAD – are designed to to pick the most highly educated teachers, engineers, nurses, accountants from those developing countries. So when you cherry-pick the finely educated doctors, dancers, and actuaries from Hong Kong, Lebanon, or Kenya, those folks are going to arrive and thrive in middle-class jobs in Canada. They will probably buy a house in a middle-class suburb, send their kids to university, and create the next generation of post-immigrant, university-educated, middle-class offspring.

Hence the white-Western media is blinded by the truth that the so-called high-performing "good immigrants" are simply the highly-trained professional skilled talent you are emptying from developing countries. Those "high-performing good immigrants and their offspring" are not going to struggle financially and educationally once in Canada like the refugees you resettle in Ottawa or Calgary through your "generous yearly refugees quotas" from war displacement camps in South Sudan or Kenya.

There is another extended aspect to the good minority trope thanks to the easy flow and importation of global finances across borders. Generally, propagators of the model minority trope cite refugees from troubled places like Syria or my country Zimbabwe as "those from bad places." That's because we likely land at Toronto Airport poor with just clothes on our bodies. But within the class of immigrants from so-called "troubled places" there is a subsector of wealthy immigrants: former elites who arrive in Canada with large transfers of cash, seeking stability for their children. They easily accepted. They are courted because they land with so much money, gold, or assets from conflict-ridden Venezuela, Yemen, and elsewhere. Money makes them a desirable refugee arrival quickly because Venezuela's or Syria's loss is the Canadian bank's gain. It hardly matters to Canada that such incoming money might be proceeds from corruption in war-zone countries.

Is the Model Minority Tag Harmful?

The model minority trope can ingrain dangerous myths and suspicions. In North America it's a common assumption that police will suspect a Black man driving an expensive car means he has either stolen it or has drugs in the back seat. Recently this year, Quebec police recently wrongly detained an educated Black engineer for simply assuming he was a suspect. This is not to say other minority immigrants like Asians, Latinos, or Arabs don't encounter racial oppression from errant law enforcement. But the numbers tell a disturbing story. In 2015, Black people made up 36% of the total number of unarmed ethnic minorities in America shot and killed by police, the largest demographic, despite making up only 14% of the population.

Dr. Winter brings a thought-provoking angle, multi-direction perspective to the question on whether the model minority trope is harmful. "I don't think that there is a generic response to that question. Your questions make me wonder whether I am a model minority too – I came to Canada [Quebec] as a student and was praised for doing well at school."

Everything must be measured in context, argues Winter, whose research on citizenship in Canada has often assumed that comparisons are the "normal" way of relating to others. "I have long argued that whether someone is considered 'better than' a comparison group depends on the context and the objective of the comparison. You [the model minority] could be seen as not as poor as them, contributing more financially to Canada than they, not be 'as dark' [or] as culturally or religiously different than them, etc."

To blow the debate further wide open, Dr. Winter examines the dilemma of Ben Johnson, the sprinter. "He was seen as 'Canadian' when he won the gold medal. He became 'a Jamaican immigrant' when he was disqualified for doping. So, in my view, the glass could be half full or half empty – there is no 'once and for all rule.'"

I insist that on the front of racism, there is little debate. The model minority trope clearly fits the racist label because that terminology would not likely be used in reference to a white immigrant of Western European origin. "In public discourse, people would probably not identify me as a 'model minority' because I am white," agrees Dr. Winter, referring to their immigration to Quebec.

The trope is racist because it lumps everyone together in the comparison group – all immigrants, all minorities, all Black people, everyone from country X – as if they were not individuals but just undifferentiated members of that particular group.  It only attributes individuality to one entity as long as that person performs well. People say, for example "they are from a poor place or have dark skin but at least they are wealthy, work hard, are intelligent, etc."

"It is definitely discriminatory and derogatory in the context of immigration in North America [and] usually has racist undertones because it is mostly applied to racialized people," states Dr. Winter. Actually, the trope does not have to always be racist, argues Winter. It goes further and gets sexist. "It could also be sexist [for example] if a woman is seen as a model minority because 'for a woman she plays good soccer or is good in math."

A model minority is a praise that rests on a utilitarian or shallow foundation. This means they can easily revoke it in moments of brief failure like Johnston, the Olympics sprinter. It leaves minorities with a disrupted sense of belonging in their new countries.

As Winter warns about the trope's disruptive effect on communities' cohesion especially at sensitive times like now. "It is rather a chauvinist and pejorative term because it separates one individual [or] group from the other minority members or groups. It suggests that this person [or] group can never fully become 'like us,' model minorities are exactly projected into that middle position [of] not quite 'us' but supposedly better than 'them.'"