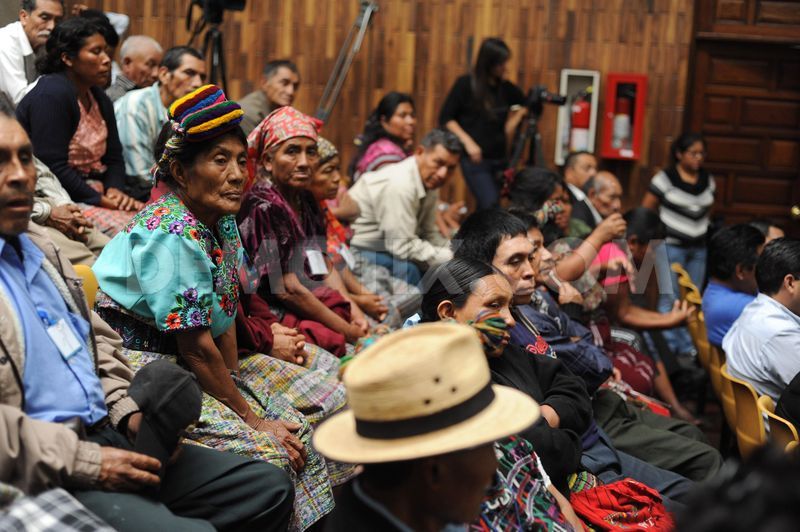 This interview is in Spanish.

Former US-backed Guatemalan dictator and retired army general EfraÃ­n RÃ­os Montt, along with his  ex-intelligence chief JosÃ© Mauricio RodrÃ­guez SÃ¡nchez, are undergoing a trial that began on March 19, 2013 for genocide and crimes against humanity. They are being prosecuted for the killing of 1,771 Maya Ixil men, women and children and the ordering of 15 massacres against the Maya Ixil people by the Guatemalan military in the counterinsurgency “scorched-earth” offensive, under Rios Montt’s leadership, from 1982-1983. This is the first time in the Americas that a former head of state is being tried for genocide in the same country where the massacres happened.

During the country’s 36-year old internal armed conflict, more than 200,000 people, mostly indigenous Mayan, were killed, with the majority of them killed in the five-year period ending with Rios Montt’s overthrow in 1983.

Survivors and family members of those killed during Guatemala’s internal armed conflict founded the AsociaciÃ³n para la Justicia y la ReconciliaciÃ³n (Association for Justice and Reconciliation). The group first filed a suit against Rios Montt 12 years ago. They have been consistently organizing for justice for the victims and survivors of the massacres, genocide, displacement and torture of indigenous people in Guatemala and are key plaintiffs in the case against Rios Montt and Sanchez.  The trial is taking place amid growing repression and targeting of social justice and indigenous activists in Guatemala.

BenjamÃ­n Manuel JerÃ³nimo is the president of the AsociaciÃ³n para la Justicia y la ReconciliaciÃ³n and a massacre survivor who lost 14 family members. Freelance journalist Lillian Boctor spoke with him by phone a few weeks before the Rios Montt trial began about his involvement in the case, the significance and historical background of the trial, his hopes for justice and the situation of indigenous Guatemalans today.