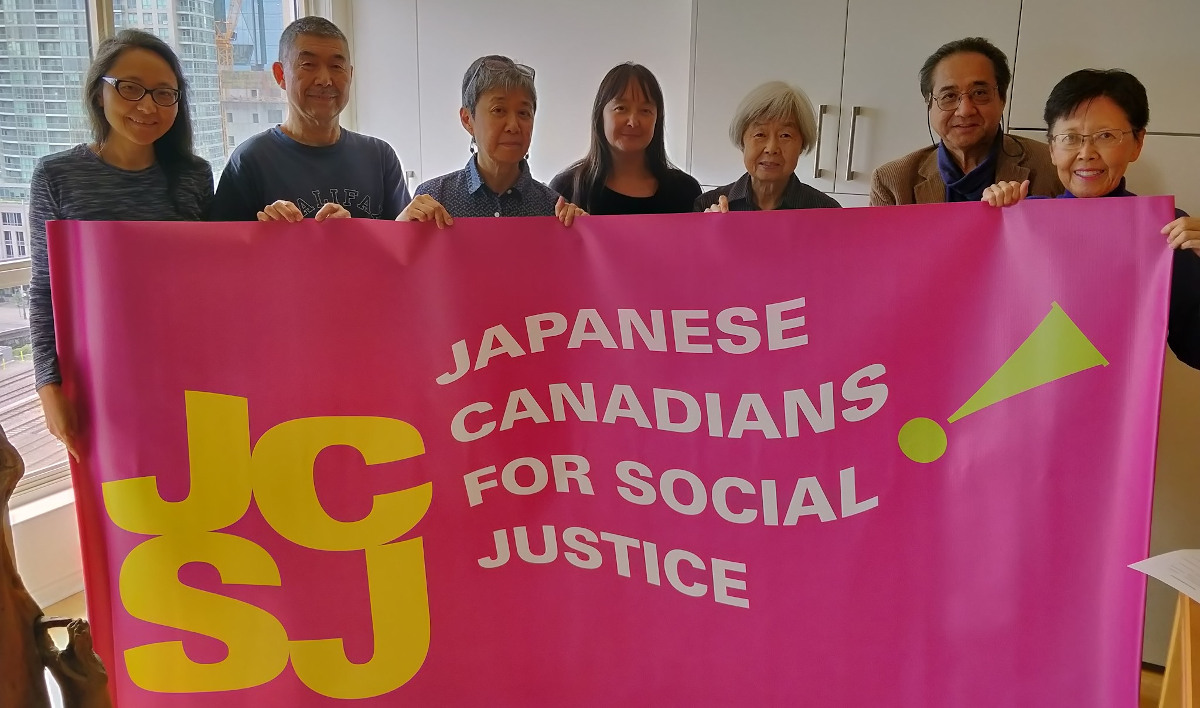 Maya Adachi and Kota Kimura are members of the Toronto-based Japanese Canadians for Social Justice. Scott Neigh interviews them about the group’s origins, its expansive vision of solidarity, and its involvement in struggles on the ground.

In 2018, famous Japanese-Canadian poet and novelist Joy Kogawa brought together a number of people that she knew in Toronto to found Japanese Canadians for Social Justice. Originally an informal group comprised largely of other older Japanese-Canadian women with long histories of involvement in social justice issues, in the years since its membership has broadened and it has become more of a formal organization.

Maya Adachi is a second-generation Japanese-Canadian. She was a high school student when the Black Lives Matter movement first erupted, and that was what prompted her to begin learning about systemic oppressions and getting involved in struggles for social justice. Today, she is an undergraduate university student in environmental studies, and she is committed to work related to the interconnection between social justice and the environment. She had not been particularly involved in the Japanese community, but was drawn towards the combination of values, politics, and culture represented by Japanese Canadians for Social Justice.

Kota Kimura moved to Canada from Japan in 2003. As a student at the University of Western Ontario, he was involved in Palestinian solidarity organizing, and then in climate justice work and various anarchist-inspired groups. He was living in Saskatoon by the time he got involved in the Occupy movement that erupted in 2011. Since then, he has been more drawn to grassroots political work that builds formal organizations and to community-based organizing, and has been involved in anti-racism, opposing police violence, and standing up against the far right. He moved to Toronto in 2018, and got involved in Japanese Canadians for Social Justice. He is also an education officer for the Canada Philippines Solidarity Organization.

The simple but powerful mandate of Japanese Canadians for Social Justice is “to support the struggle for justice, not just for Japanese Canadians, but for all who suffer and call our name.” In opposing violence, exploitation, and injustice by and in the Canadian state, they draw from the long history of people of Japanese descent in Canada struggling against many forms of racism and exploitation, including the anti-Asian riots of the early 20th century and the internment of Japanese and Japanese-Canadian people during the Second World War.

At the same time, as their mandate indicates, the group’s politics centre solidarity. This includes solidarity with a range of struggles by various racialized, working-class, and otherwise marginalized people in the Canadian context. But it also takes seriously the group’s connection with Japan. They work hard to be a voice of opposition to past and present injustice in Japan itself and to injustice committed by the Japanese state. They also oppose the growing strength of the far right, which is just as present in Japanese and Japanese diasporic politics as it is in so many other contexts around the world.

The group has organized educational events and protests covering quite a range of issues, and of course has participated in events organized by other groups. They have, for instance, taken part in actions in solidarity with Grassy Narrows First Nation, the Wet’suwet’en people, and Black Lives Matter. They have been part of efforts in solidarity with other Asian communities commemorating the lives of “comfort women” – women forced into sexual slavery by the Japanese imperial army in countries it occupied during the Second World War. This is in the face of a campaign by far-right elements of Japanese communities to deny this history.

The group has also worked to support migrant farm workers in Canada, and have drawn the connection to the ways in which some Japanese and Japanese-Canadian people were forced to labour on Canadian farms during the Second World War. They’ve taken part in an international solidarity campaign for a trans woman from the Philippines detained by immigration authorities in Japan. Most recently, they have been active in the broad struggle in support of homeless people in Toronto. In November, they held a protest in front of Toronto city hall demanding more supports, more shelter beds, more permanent affordable housing, more overdose prevention sites, and so on.

Image: Used with the permission of Japanese Canadians for Social Justice.