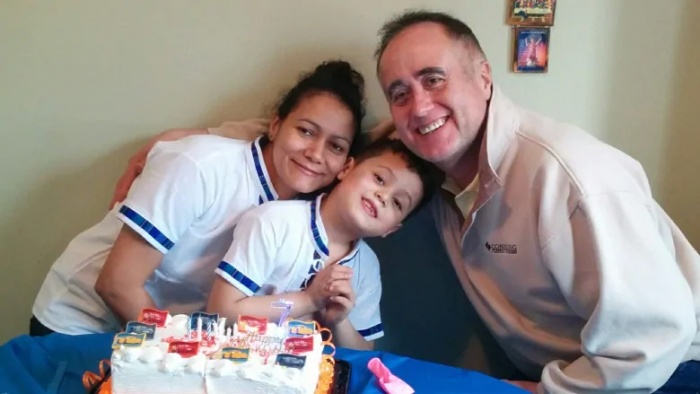 Toronto, ON - A family living in Toronto is set to be deported on Wednesday, April 3rd. A campaign currently underway urges Canadian officials to halt the deportation.
Rosalba Solares and her husband Jorge Orozco have been living in Canada for 12 years. Solares is set to be deported to Guatemala and Orozco to Colombia. Meanwhile, their 7-year-old son, who is a Canadian citizen, will go with his mother.
Advocates are making a connection to the Families Belong Together movement in the United States. “Many Canadians were outraged to see the unjust separation and deportation of families in the U.S., however, this is happening in our own country. It's important to make our voices heard against this, to say that this family belongs in Canada,” says Stacey Gomez, Maritimes Coordinator of the Breaking the Silence Maritimes-Guatemala Solidarity Network.
Both Solares and Orozco fled violence in their home countries. They both applied for asylum in Canada, however, their claims were rejected in 2011. Orozco came to the attention of immigration authorities after a car collision last year.
Solares is fearful of returning to Guatemala because of the threats she has received since leaving. She said: "To have the opportunity to stay in Canada with my family, it'll be the best for everybody, for Julien's future, for all of us."
The family was initially told they would be deported together to Colombia, however, this changed on March 29th. After a postponement, their deportation date is now set for April 3rd.
The family's lawyer Lorne Waldman has appealed the family's deportation on humanitarian grounds but has yet to receive a response. On April 2nd, he will go to court to seek to have the deportation delayed until the humanitarian appeal is heard.
The family's doctors at the Centre for Refugee and Immigrant Health Care are concerned that it is a health risk to separate Julien from his father and send him to live in a country he doesn't know. According to doctors, he is already exhibiting early symptoms of PTSD.
It is estimated that 200,000 undocumented people live in the Greater Toronto Area. Toronto was declared a “sanctuary city” in 2014, a move aimed at ensuring access to services for undocumented people without fear of being turned over to border enforcement officers for detention and deportation. Despite this, people are detained and deported on a daily basis. Canada Border Services Agency is set to increase deportations in the country by 25-35 % annually.

Canadian boy, 7, being separated from his father and sent to Guatemala withhis mother