by
No One is Illegal Toronto 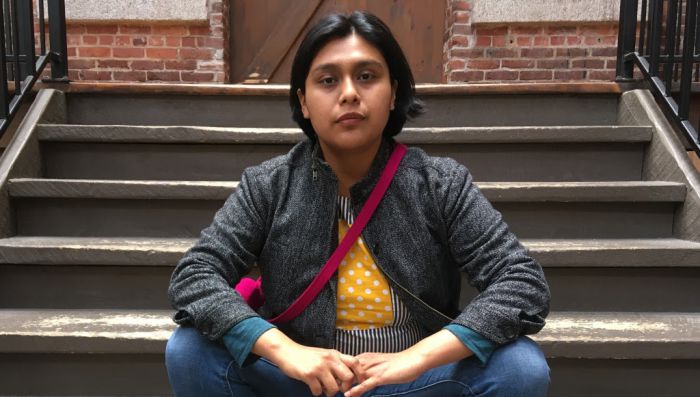 Toronto / Montreal / Halifax (October 20, 2019) - Early this week, Justin Trudeau was on the campaign trail in Atlantic Canada. On Tuesday, October 15th, he held a rally in Halifax, a key battleground riding for the party. There, No One Is Illegal-Halifax/K'jipuktuk (NOII-Hfx) organizer Stacey Gomez was blacklisted from participation in the event. NOII-Hfx, No one is Illegal-Toronto, Justicia for Migrant Workers and Solidarity Across Borders stand with Gomez and denounce this move by the Liberals, which they say reflects a racist agenda.

“A volunteer for Liberal incumbent Andy Fillmore’s campaign told me that the directive to ban me came from Trudeau’s team, but wouldn’t provide an explanation. The move was clearly politically motivated. As an organizer with NOII-Hfx, I’ve engaged with MP Andy Fillmore on numerous occasions. I’ve also sought to provide a critical voice in the media regarding the Liberal track record on these issues” said Gomez.

Gomez has been spokesperson for NOII-Hfx on numerous occasions, including on an open letter signed by 13 Halifax groups urging Fillmore to say no to anti-refugee measures in the Liberal omnibus budget bill, C-97, as well as during the delivery of a mailbox to Fillmore filled with letters from community members calling for an end to immigrant detention on October 3rd. Most recently, Gomez has been part of a NOII-Hfx presence at all-candidates debates, aimed at spurring a discussion of migrant justice issues within the context of the elections.

“I believe it’s our responsibility to ask tough questions of the Prime Minister, the government of the day and all political parties. For instance, 2 weeks ago, the Trudeau government deported a 7-year old Canadian child named Julian with severe health concerns, along with his undocumented parents. The family had called Toronto home and they lived in a Liberal riding. At the rally, I would have liked to ask Trudeau: why didn't he step in to stop this injustice?” added Gomez.

“We find such a targeting and attempt to silence a migrant justice organizer to be concerning. The targeting of a young woman of colour in particular is a racist move, which is part of a broader pattern with the Liberals. We’ve seen this on full-display with their racist anti-immigrant agenda,” said Maya Menezes of No One is Illegal-Toronto. Last month, Trudeau also came under fire for photos which surfaced of him wearing black and brownface.

However, the Liberals aren’t the only ones guilty of using such campaigning tactics. Just days ago, a teenager was asked to leave an Andrew Scheer rally in Pictou County, because of her shirt calling for closure of the Boat Harbour effluent treatment plant, which is one of the worst cases of environmental racism in Nova Scotia. Harper was severely criticized in 2011 for using similarly undemocratic tactics during his campaigning.

These groups continue to call for an end to harmful anti-immigrant policies and practices, including an end to immigration detention and deportations. They also demand status and services for all.

No One is Illegal - Halifax / K'jipuktuk

‘I want an apology:’ Halifax woman says she was barred from attending Liberal party rally