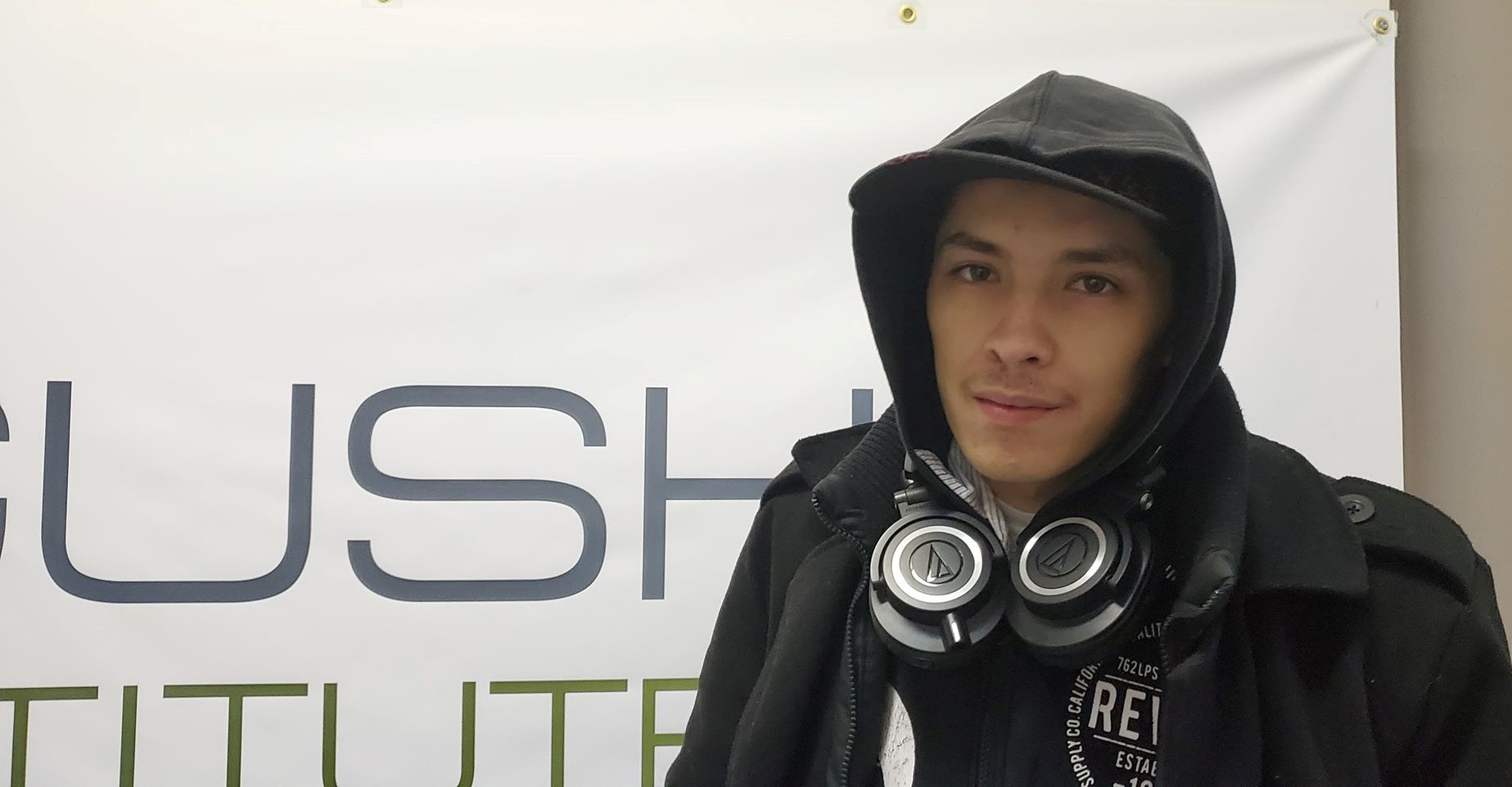 M’Chigeeng, ON - Brian Fowler, a third year student at Weengushk Film Institute( WFI) met with Shaftesbury Films last week to develop a new television project called “Raven Falls”. Fowler wrote the show in 2017 with fellow graduates of the Lab 2 Television program, Isaac Kakegamic and the late Joshua Mark Yesno (1990-2018). Raven Falls is a television series, which is according to Fowler, is based on life in the small First Nation of M’chigeeng, but has a paranormal twist.

Shaftesbury Films, is a world renowned production studio and is the creator and producer of original content for television and digital platforms for television series for CBC, UKTV, and ITV STUDIOS and Global Entertainment.

This was Fowler’s fourth trip to Toronto for the project and when asked about his involvement he could not hold back his excitement, “When I first found out that my idea got picked up by Shaftsbury, I couldn’t believe it. Because it is the first time a big film production company was interested in stories or work from students at WFI.” Before he started to learn about the film and TV industry, Fowler was working as a maintenance person cutting grass. He heard about the program from WFI Artistic Director and award-winning filmmaker DR. Shirley Cheechoo CM, via the M’Chigeeng Band Council. Fowler applied, and is currently working towards the completion of the Lab 2: Advanced Program. In the future, in addition to his work on Raven Falls, Fowler looks forward to looking for independent work on films, audio production, and music videos.

DR. Shirley Cheechoo CM, is very proud of the students’ work in the fast paced world of television. “Our training centre is a creative hub and we all work together as a team- we are very excited for Brian and Issac. Raven Falls is going to be a great show. There were many ups and downs with these young men on Raven Falls, but at the end of the day I am so proud, they continue to inspire us as they move forward in their lives”.

Weengushk Film Institute is a multidisciplinary film school with emphasis on Indigenous and diverse cultural knowledge and is accredited by Brock University. WFI excels in providing hands-on training and instruction with top-of-the-line industry professionals. Through one-on-one mentorships, and a focus on the individual needs of students, WFI helps youth realize their dreams by putting the tools in their hands, opening doors to new possibilities, and fostering involvement within the creative community. It is located on beautiful Manitoulin Island.