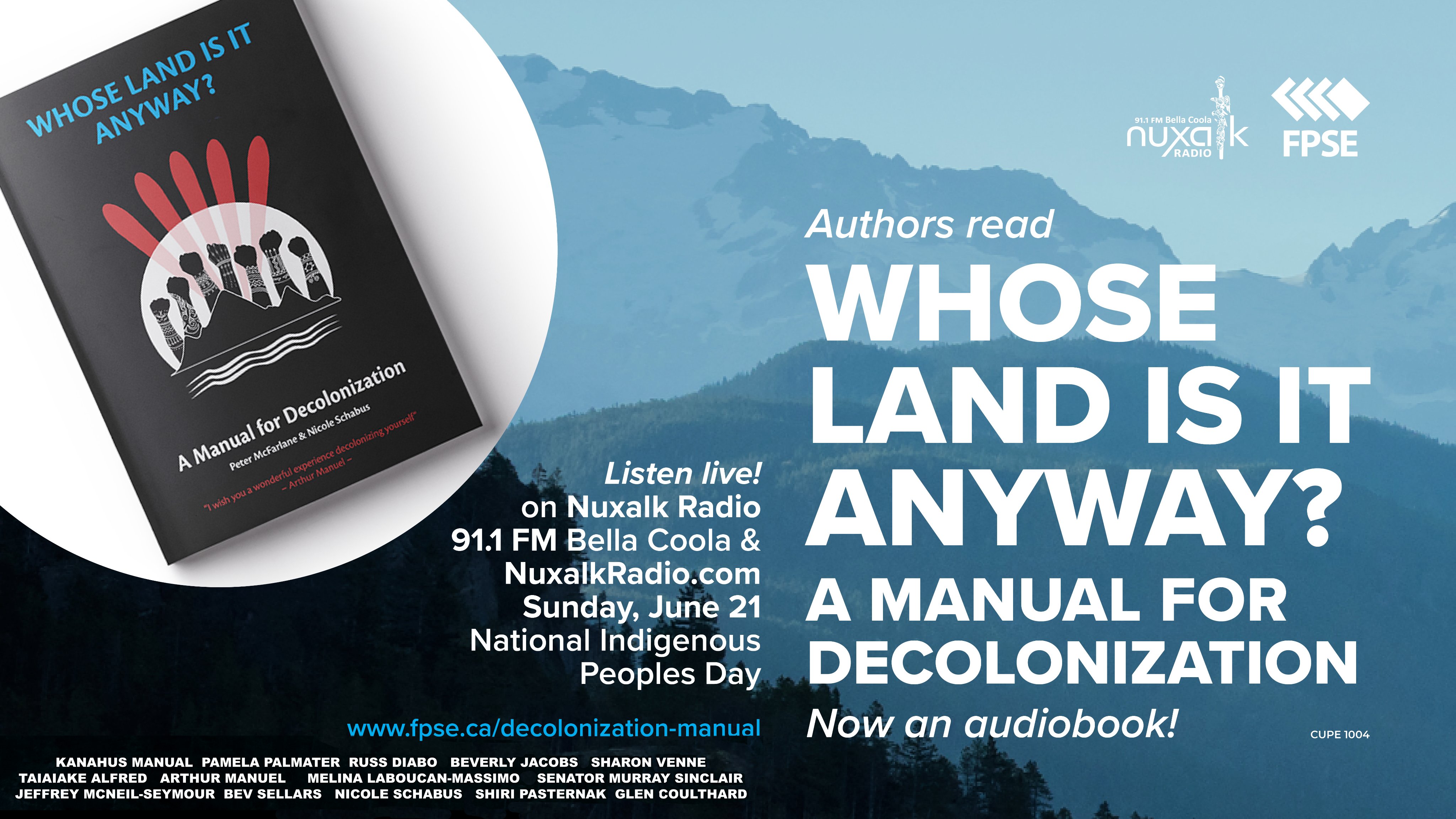 Whose Land is it Anyway? A Manual For Decolonization - Audiobook Premiere

Nuxalk Radio will broadcast premiere the audiobook: Whose Land Is It Anyway? A Manual for Decolonization on Sunday, June 21st on 91.1 FM in Bella Coola and worldwide online on NuxalkRadio.com at the following times:

As an overdue conversation about systemic racism is taking place in Canada, more Canadians are asking how they can help. For those wondering how to get started, there are now new ways to learn from Indigenous scholars from across the country with the release of an audio version of Whose Land Is It Anyway? A Manual for Decolonization.

“This handbook is essential reading for settlers in so-called Canada,” says Nuxalk Radio Station Manager Banchi Hanuse. “It is a powerful and beautiful affirmation of what the original caretakers of these lands have always known. Now in audiobook form, this collection of voices serves as a reminder that the more we understand Indigenous Nationhood and Indigenous Peoples’ inherent rights to the land, the healthier we and the earth can become in our shared existence.”

“There is a long history of racism and violence against Indigenous people in this province or country,” said FPSE President Terri Van Steinburg. “But most Canadians continue to think of this as something that has happened in the past, despite the ongoing discrimination towards Indigenous people by the state, corporations, and members of the general public. You only need to think back to January of this year when Maxwell Johnson and his granddaughter were arrested for trying to open a bank account to know that racism against Indigenous people exists and continues to this day. Words cannot demonstrate the commitment of Canadians to end systemic racism, only actions can. I hope that people will use the book or audio resource as a beginning for their anti-racism journey.”

You can hear authors read their contributions in Whose Land Is It Anyway? A Manual for Decolonization on Nuxalk Radio on Sunday June 21st. Beginning June 22, they will also be available through the FPSE website (fpse.ca/decolonization-manual) and through Apple Podcasts and Google Play.