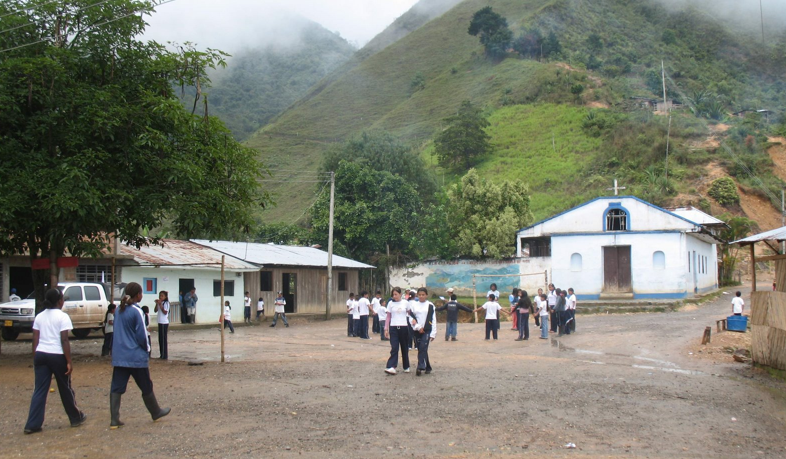 ALTAMIRA, COLOMBIA - On Saturday July 10, an explosive device, that appeared to have been set by guerrilla groups, exploded, taking the lives of at least five people, two of them members of the Indigenous Council of Cerro Tijeras: AndrÃ©s ZuÃ±iga was 16 years old and in 10th grade, and German Dagua was a sheriff in the community of Altamira and father of four children. Regardless of the threats he received along with the leaders of the council, he was firm in his resolve to defend the rights of the Indigenous peoples that live at that altitude.

Why is violence directed towards Indigenous peoples?

We remember that since last year the Ãguilas Negras (a paramilitary group) developed to play the part, according to them, of the multinational corporations that all all costs want to exploit the resources that rest below mother earth, they threatened the whole community for opposing the presence of multinationals in the area, including Anglo Gold Ashanti (South Africa) and Smurfing Cardboard of Colombia. Faced with reiterated voices of alarm raised to the four winds from the bosom of Cerro Tijeras, the response has been a complicit and tendentious silence.

“El que calla otorga” say the elders, (this roughly translates into "your silence validates their position"), which is appropriate to describe the situation: time and again we have demanded from the Ministry of Interior that they look after the lives of indigenous peoples. According to the United Nations Permanent Forum on Indigenous Peoples that recently completed a visit to Colombia, "the situation of human rights of Aboriginal Colombians is very grave, critical, and profoundly worrying."â€¨

We reject the multinationals who are unleashing a fratricidal war against Indigenous peoples.

We condemn the autodefensas (paramilitaries) for putting themselves at the service of bloody and corporate interests.

We accuse the National Government for its indifference and indolence, by which it takes sides.

We disapprove of the guerrillas and their uncontrolled and blind actions.

To all of them, WE DEMAND THAT THEY ABANDON OUR TERRITORY: we don't want them, we don't need them, we have not invited them, we haven't asked them to stay, we are not interested in their presence. If their intention is to intimidate us to displace us from our ancestral territories so that they can enter with authority with machines and technology, our response is categorical and emphatic: WE WILL NEVER LEAVE.â€¨â€¨