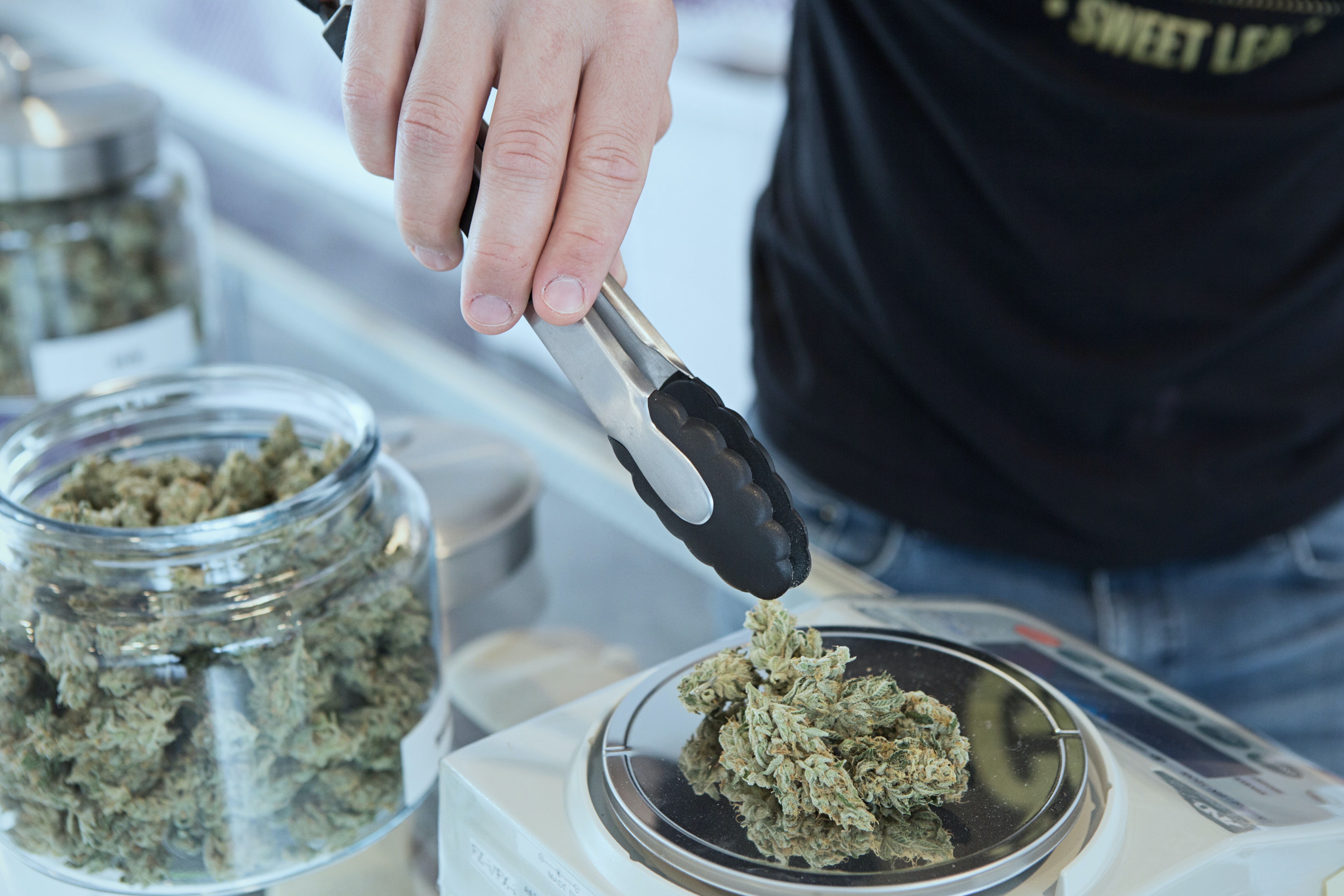 Medicinal cannabis was legalized in Canada in 2001, the result of public pressure. It had been illegal since 1923. And in 2018, cannabis, or marijuana, was legalized for recreational use. However, unresolved governmental and societal issues remain. And there is also the unaddressed status of other recreational drugs.

For Ashley Keenan, a medical cannabis advocate and editor at Leafly Canada, a publication focused on cannabis products, the government still perceives cannabis as a “dangerous drug,” and “the whole narrative behind legalization [does] not to encourage consumption.”

Kennan, who is a medicinal and recreational user, comes to this conclusion based on the fact that medicinal cannabis is the only taxed medicine in the country. It is subject to federal and provincial taxes while “no other doctor-prescribed treatment is subjected to this kind of taxation.”

The sticky stigmas around recreational and medical cannabis

The intersections of medicinal and recreational cannabis lie in a multilayered gray area, according to Keenan. The journalist explains to me that the medicinal version is authorized by a doctor, to whom the patient speaks about health issues and receives treatment.

“This distinction is essential for physicians to take cannabinoid therapy seriously. Most doctors will never be comfortable with their patients getting high. However, that is generally the perceived goal of recreational cannabis.”

In Keenan’s case, medicinal and recreational cannabis use is interlinked. Her journey as a patient dealing with an autoimmune disease started in 2017, and “after realizing that the weed I smoked to get stoned also did wondrous things for my multiple health issues.”

Her own journey brought her an awareness about medicinal users purchasing from the retail stream “who will never join the medical system. Frankly, many don’t need to. You don’t go to a doctor for A535 (a pain relief cream) or ibuprofen. There needs to be a space for this middle ground and hopefully, we see that with Health Canada considering cannabis health products.”

Asked about the stigmas around legal recreational cannabis, legal expert Shaw sees the existing stigmas as overwhelming, and also sees new biases as “its use as a medicine is being overshadowed by adult [recreational] use.”

In the process of legalizing recreational cannabis in Canada, there wasn’t a counter-campaign like there is in my home of Brazil among far-right players to oppose it. But Shaw tells me that antagonists can be seen in some areas.

The Centre for Addiction and Mental Health, some sectors of Doctor’s colleges, and Conservative Senators tried to prevent the passing of the law by putting barriers including on educational information, according to Shaw.

THC warning statements required on packaging “are misleading or flat out wrong,” says Shaw, and these are making waves like a “megaphone” with the general public.

In this environment there can also be found a sort of hierarchy, argues Keenan at Leafy Canada, as “medical versus recreational, as well as CBD (non-intoxicating cannabinoid) vs. all cannabis,” since there are those who accept the use of CBD but not of the whole plant. There is also the idea that someone using for recreational ends is a “degenerate.” In several instances, unknown people have mocked Keenan while she was smoking to relieve her pain.

The grassroots movements won legislative changes, but their role has diminished, according to Shaw. “They convinced the Liberals to adopt legalization as a platform in 2013, and helped sway public opinion enough that in 2015 they made it an election issue. After that however, the Liberals didn’t really need to do much to appease them, instead having to focus on those that were undecided. In addition, it seemed to sap much of the support for patients, for example, and most organizations are an extremely pale shadow of their former selves, if not outright abandoning the missions they were founded to address.”

Drug prohibition’s deadly, racist past, and the cautionary tale of cannabis legalization

The way authorities have approached legal cannabis can serve as a cautionary tale for other drugs, including recreational ones.

“The most dangerous thing about drugs is that they are illegal,” says Garth Mullins, host and executive producer of the Crackdown Podcast and a drug user who survived the overdose crises during Conservative and Liberal governments in Canada. “In outlawing drugs, successive Canadian governments are the architects of the overdose crisis and thus the many thousands of deaths are on their hands.”

Canada’s drug war history has left an everlasting shadow. Mullins recalls that it started back in 1908 “as part of a racist panic about Chinese and Japanese workers. Before that, the Indian Act created prohibition across Indigenous country. White supremacy is baked right in. Cops have been targeting, harassing, carding, arresting and killing disproportionate numbers of Black, Indigenous and people of color ever since.”

Race and skin tone play their roles in the so-called “war on drugs” also in Brazil and in the USA, as explained to me in an interview with Columbia University’s Dr. Carl Hart. The bias of law enforcement can be felt in poor communities and on people of color, mostly Black people, to the point that even a non-drug user like myself has been racially profiled in strip-searches.

Indigenous peoples also disproportionately experience this discrimination. This has continued with the legalization of cannabis. “The Federal Government claimed (the) rights to regulate production, and left retail to the provinces,” says Shaw, “effectively ignoring the special status First Nations have under Canada’s Indian Act. This has left a lack of clarity around the rights of First Nations when it comes to cannabis. On an individual level, First Nations people are more likely to be profiled by law enforcement in certain areas, and this is absolutely the same problem as prohibition: laws not being applied consistently across jurisdictions or communities.”

In Mullins view, “mainstream political leaders” haven’t broken up with the “drug war”, and although they employ “more compassionate tones” and “progressive language,” the real change came through the work of activists “arm twisting and putting pressure on Canadian Institutions.”

One glaring issue with cannabis legalization, which has racial discrimination implications, is that for those with previous criminal records related to cannabis, “pardons are available, but those aren’t expungements,” says Shaw. “They don’t address notes on their files that could affect a security clearance application.”

Shaw also notes that very few of those working in small capacities or even illegally with cannabis were embraced into the legal workforce after legalization and the emergence of corporate players. These people were especially excluded from leadership roles in the new companies, says Shaw.

Watching from home, the cannabis situation in Canada is miles ahead of Brazil, but Canada clearly still has its own problems. We see Canada in the news for human rights issues like the racist hate crime cases in Vancouver and the discovery Indigenous children’s unmarked graves at residential schools. The world may be starting to see that Canada isn’t the progressive utopia people used to believe it was. And drug policies are influential on breaking this illusion.

I believe that the debate on drugs revolve around a question of personal liberties, and I quote late Brazilian journalist Paulo Francis (1930-1997) as published by the Folha de S. Paulo newspaper from August 2, 1986:

“By legalizing drugs, the forbidden fruit appeal would come to an end, even more important the mob-police liaisons which is responsible for the lethal quality of many of the falsified drugs, and the price of the merchandise would go low. Drugs are a vocation, a temperamental need. And there are many on sale, legally, from alcohol to pills, that it is ridiculous to prohibit others. Notice that there are those destroying themselves with drugs but it doesn’t matter if they are legal or illegal. There are those (folks) who use them once in a while with no major effects. And those who don’t like them (at all).”