Fossil fuel workers pushing for a shift to renewables

Fossil fuel workers pushing for a shift to renewables 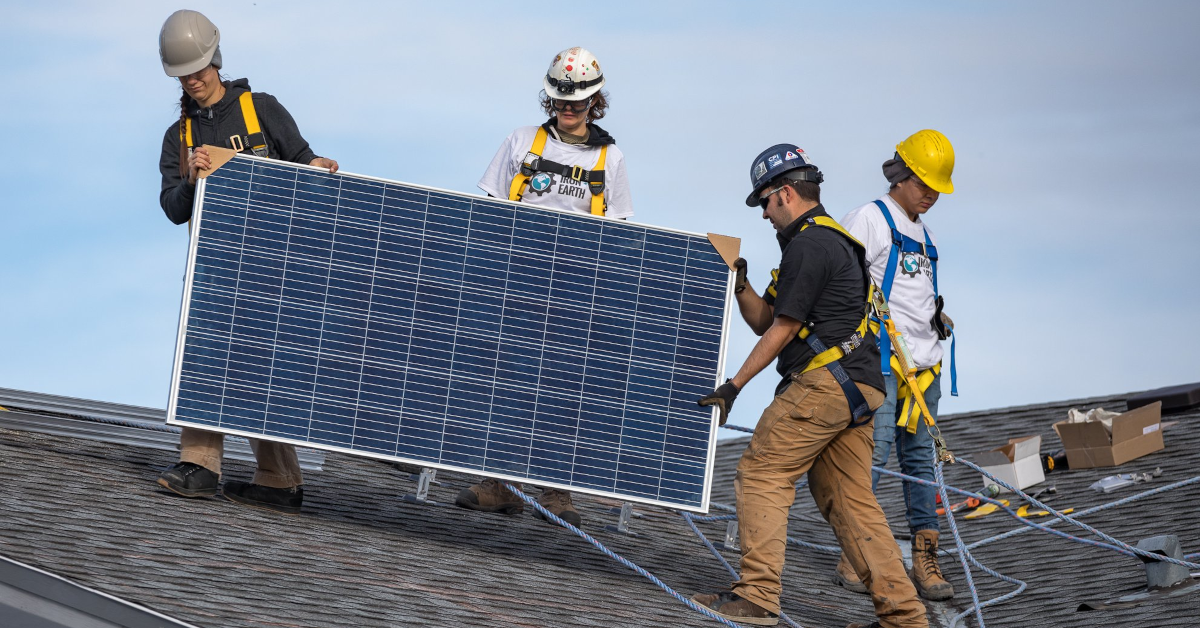 Luisa Da Silva is a geoscientist who has worked in the fossil fuel industry in Alberta and in mining. She is currently the executive director of an organization called Iron and Earth, which according to their website is “a worker-led not-for-profit with a mission to empower fossil fuel industry and Indigenous workers to build and implement climate solutions.” Stephen Buhler is a journeyman machinist who works in the fossil fuel industry in Alberta. He has been involved in grassroots climate justice organizing in Edmonton, and he is the community engagement officer for Iron and Earth. Scott Neigh interviews them about the climate crisis and about Iron and Earth’s work to push for a just and prosperous transition.

To that end, the organization engages in a number of kinds of work. They have regional chapters based on the east coast and in Edmonton to bring workers together and engage in green energy, advocacy, and training initiatives.

They also bring workers together online, including through a Climate Career Portal that gives fossil fuel workers tools to figure out how their skills could translate into career options consistent with what the group describes as the “net-zero economy” that will result from a transition to a more renewable and sustainable energy system. According to Da Silva, fossil fuel workers often “either don’t know what skills are needed in the net-zero economy, they don’t know how their skills translate, or they don’t even know what jobs are available to them. So the Climate Career Portal kind of provides a solution for all of that.”

To aid in that transition process, another area of the organization’s work is their renewable skills initiatives. Many fossil fuel workers have skills that are already quite relevant to work in the renewable sector, and often need just a little bit of training to make the switch. So these initiatives are opportunities for fossil fuel workers to have a 10-day, hands-on crash course to adapt their existing skills to renewable energy applications through working on actual renewable energy projects. Some of these have also been done in collaboration with Indigenous communities, in ways that have involved participation by community members in the skill building while leaving the community with new renewable energy infrastructure.

A key part of the organization’s work is advocacy. This advocacy is based in a recognition that, sooner or later, a transition is going to happen. Iron and Earth is pushing for it to happen sooner rather than later, which will be better for all of us. And they are pushing for it to happen in ways that both recognize the potential contributions of fossil fuel workers to that transition, and take workers’ needs seriously.

The organization’s most recent advocacy is based on a new comprehensive report called The Propserous Transition Plan, developed through extensive consultation with fossil fuel workers across Canada. They are pushing for government action to invest in initiatives to upgrade the skills of fossil fuel workers, to support businesses in re-tooling and repositioning for the new economy, to retrofit and green already-existing infrastructure, and to invest in nature-based solutions that work with the features of existing ecosystems to reduce atmospheric carbon and mitigate climate impacts. They say they have gotten positive responses from politicians of all parties, and they see promise in the federal government’s Just Transition Plan.

Buhler said fossil fuel workers “are still often used as pawns, as a way to almost manufacture consent for more fossil fuel infrastructure. Which, honestly, we know is not going to be needed for the future.”

According to Da Silva and Buhler, conversations with fossil fuel workers have changed in the last five years. With rising temperatures and the ever-present fires in and near Alberta during the summers, more and more fossil fuel workers recognize the need to take the climate crisis seriously. And many of those who are less engaged with the climate aspect are nonetheless growing weary of the intensifying boom-and-bust cycles of the fossil fuel industry, and are interested in the perhaps somewhat less lucrative but more stable possibilities of work on renewables.

Along with ongoing advocacy, their future plans include work to launch a social enterprise to significantly scale up their upskilling initiatives. And they are in conversation with Indigenous communities about larger scale efforts to partner with them as they transition to renewables.

Buhler said, “I would just really want to encourage any fossil fuel worker who’s listening to not be too apprehensive about advocating for a just transition for themselves to net zero. You would be surprised at how many other fossil fuel workers are concerned about climate change, just like yourself. If you were to talk to your co-workers in the lunchroom, you’re going to find that a lot of people have concerns about climate or have concerns about the future of fossil fuels. And I think that’s like a really great place to start getting involved in this work — just talking with your co-workers. And then reaching out to Iron and Earth and getting involved is another way that we can really start building the net-zero economy that we all need.”

Image: Used with permission of Iron and Earth.