India bows down to its farmers, announces repeal of farm laws

India bows down to its farmers, announces repeal of farm laws

On Friday, November 19th,  India’s Prime Minister Narendra Modi publicly apologized to the country’s citizens and announced the repeal of three contentious farm laws that led to the longest-running farmers protest in Indian history. The historic decision coincided with the festival of Guru Purab which marks the birthday of Guru Nanak, the founder of Sikhism. A substantial number of farmers who blocked the three interstate highways to the capital Delhi are Sikhs from the north Indian state of Punjab.

The same day, the Samyukt Kisan Morcha (SKM), a coalition of farmers’ unions leading the movement released a statement saying that although it welcomed the decision, it held the government responsible for the deaths of nearly 700 farmers during the struggle, while maintaining that their other important demands also needed to be met.

How the farmers’ movement began in India

In September 2020, the Indian parliament passed three bills to reform agriculture: the Farmers’ Produce Trade and Commerce (Promotion and Facilitation) Bill, Farmers (Empowerment and Protection) Agreement on Price Assurance and Farm Services Bill, and the Essential Commodities (Amendment) Bill. Farmers saw these market reforms as a threat to their livelihood, a move meant to privatise agriculture and rid them of the protective measures present under the current system.

The movement started first in Punjab where the farmers took to the streets, blocked railway tracks, occupied petrol stations and sat outside supermarkets. After repeated attempts to get the government’s attention and getting no response, farmers’ groups made their way to the nation’s capital of New Delhi, mounting their tractors in thousands. Eventually they blockaded three important spots on the national highway, Singhu, Tikri and Ghazipur, which disrupted the movement of goods and people across the borders of Delhi and its neighbouring states. Ever since the first batch of farmers arrived at the Singhu border on November 26, 2020, the farmers' movement has grown exponentially and gained international attention.

A milestone for Indian farmers who continue to protest

On Monday afternoon, November 22nd, the Singhu border, which has become the biggest protest site for farmers, was flooded with winter sunshine. The shoulder-to-shoulder crowd that had given it a carnival-like atmosphere in January earlier this year was gone. The countless tractors that once occupied the centre of the highway had reduced in number and were replaced by more sturdy dwellings, made of bamboo, steel frames and tarpaulin, to withstand the heat, rain and cold over the seasons. A group of Sikh women held the daily kirtan (devotional singing in Sikhism) in one of the two stages where the farmers congregate for their briefings and speeches.

Farmers attend a speech at one of the stages in Singhu, November 22, 2021. Photo: Vandana K

Baldev Singh (55), a farmer from Gurdaspur in Punjab who has family in Canada, stood outside the shaded area along with others listening to devotional music. “Modi has only given a statement promising the repeal. The laws are yet to be repealed. When that happens in the Parliament, only then we’ll be convinced...People won’t go home until the laws are repealed. We die once. It doesn’t matter whether it is at home or here at the protest,” he says.

All farmers and union leaders this reporter spoke to welcomed the government’s decision to take back the laws but said it was just the start. “We have additional demands,” says Gurpreet Singh Khanpur (33), Gurdaspur district president of Kisan Mazdoor Sangharsh Committee (KMSC) Punjab. He lists “the legal guarantee of MSP for twenty-three crops, compensation for families of farmers who died during the protests, withdrawal of false police cases against protesting farmers, return of the tractors that were seized by the police and punishment for those who committed violence against farmers”. In addition, the farmers also want the withdrawal of the Electricity Bill which removes the current subsidies given to farmers for electricity usage. 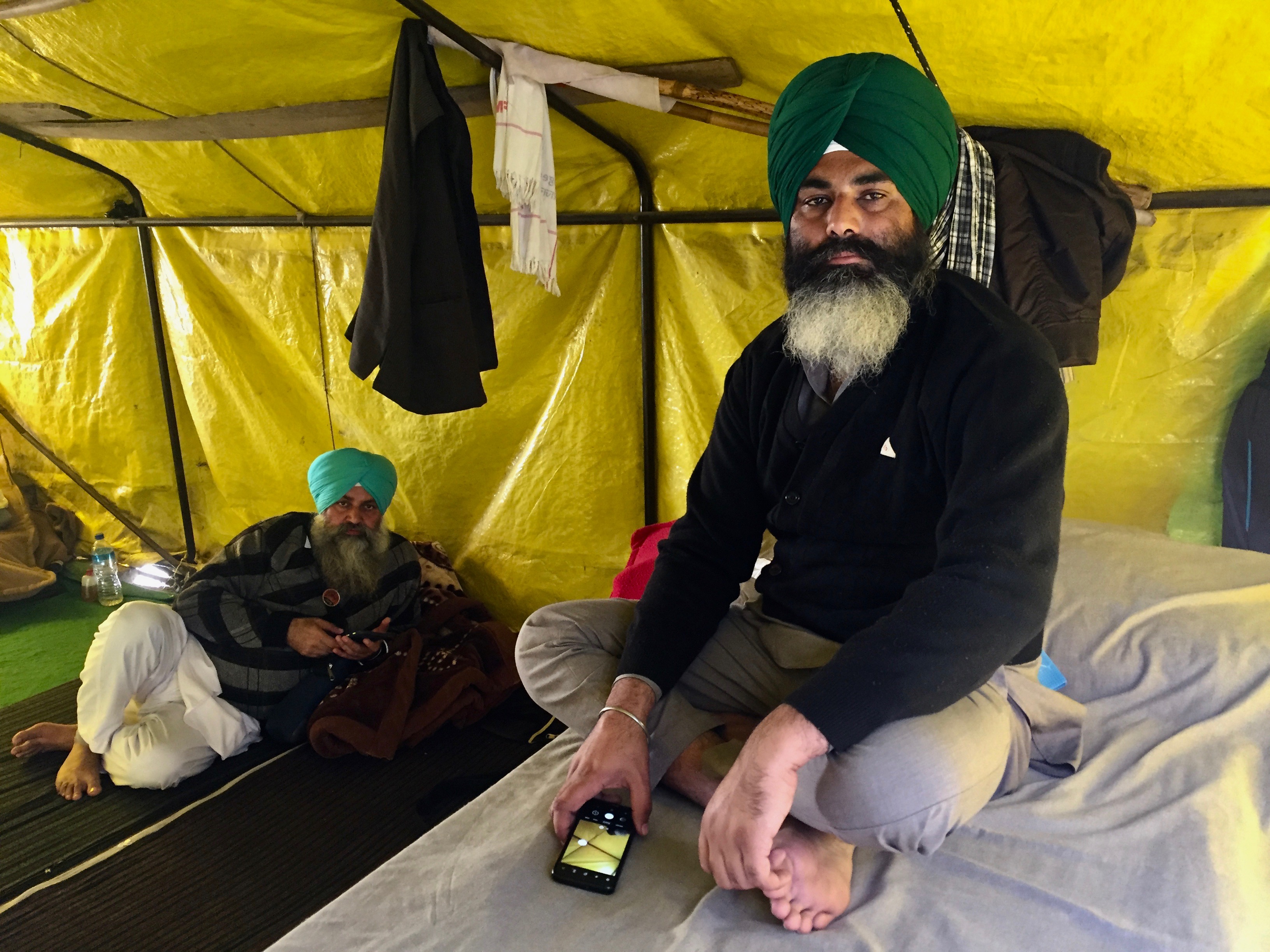 Khanpur’s mention of violence against farmers is in reference to three incidents where farmers were attacked this year. On January 29, farmers were allegedly attacked by members of the RSS & BJP, a right-wing Hindu organisation and the ruling party, respectively. On August 29, farmers protesting against a BJP meeting in Karnal, Haryana were lathicharged (attacked with sticks) by the police leading to the death of a farmer. And on October 3, protesting farmers in Lakhimpur Kheri were run hit and run over by a car resulting in 8 deaths.

In his speech last week, PM Modi asked the farmers to return to their homes. At Singhu on Monday, not all the tents and tractors  were occupied. “People have gone back to their villages to sow wheat and take sugarcane to the mills. The unions come here in batches. We have a system based on a long-term plan,” says Khanpur.

Indian civil society groups approved of the decision to repeal the farm laws but also emphasised the need for farmer-friendly policies to address systemic issues that plague Indian agriculture. “The protest has grown since it started and other issues have become a part of it. It's no longer just around the farm laws,” says Ranjini Basu, agricultural policy researcher who works at the India office of activist think tank Focus on the Global South. After India opened its economy to the forces of liberalisation, privatisation and globalisation in the early 1990s, it has seen growing distress in its agrarian sector. According to Basu, the farmers' movement is demanding solutions for a variety of old and new challenges – farmer  suicides, declining farm incomes, lack of access to credit and the rising cost of fertilisers, to name a few. Wealth and control has been transferred from farmers to large agriculture corporations, and farmers are now pushing back in force.

“What farmers need in India and globally is an assured income,” says Devinder Sharma, a policy expert who works on the politics of food, agriculture and hunger. He points out that developed countries are moving away from the Washington Consensus, a set of free market promoting policies backed by international organisations such as the IMF and World Bank, as well as multinational corporations. “Reforms don’t mean privatisation, they mean improvement,” he says.

Why did the Indian government announce the repeal now?

The wider consensus among farmers, agricultural experts and media is that the decision was taken because the BJP, which came to power in 2014 and won a majority again in 2019, is trying to appease its vote bank for upcoming state elections, especially the election in Uttar Pradesh, the most populous state in India. This year, the BJP lost elections in the states of West Bengal, Himachal Pradesh and Rajasthan. The farm laws angered the rural population, which largely depends on farming for their livelihood. “BJP workers were finding opposition locally. People were not letting them into villages in the last months...the announcement shows that the pressure was mounting because of the consistent protest of the farmers,” says Basu.

Farmers line up for lunch prepared by a community kitchen at Singhu. Photo: Vandana K

Canadian MPs Sukh Dhaliwal and Ruby Sahota and the New Democratic Party leader Jagmeet Singh posted celebratory messages on Twitter. The Canadian Punjabi community has been organising protests outside Indian consulates since earlier this year. “There is a celebration of a community winning. At the same time, a lot of people are echoing vigilance and caution,” says Harjap Grewal (43), community organiser from Vancouver.

Grewal points out that India has entered trade agreements with Canada which push for corporatisation of Indian agriculture. In October 2020, in a two-day India-Canada Agri-Tech Virtual Seminar, the Indian Minister of Agriculture Narendra Singh Tomar said that the country had made considerable agricultural reforms such as contract farming. His Canadian counterpart, Minister of Agriculture and Agri-Food Mary-Claude Bibeau, declared that both countries have a “vibrant trading relationship in agriculture and agri-food, valued at over $1.5 billion”. Last year Canadian PM Justin Trudeau extended his support to the farmers movement which stands in contradiction with  his government’s criticism of India providing welfare measures such as a Minimum Support Price (MSP) to its farmers at the WTO.

“The reason why protests happened here (in Canada) is because there is a connection between people here and the Punjabi community (in India). But we also have a responsibility because we live in a place that benefits from such policies in the Global South,” says Grewal.

November 26, 2021 will mark a full year of the farmers’ movement. A press release by SKM states that solidarity events will be organised across India and by the Indian diaspora in other countries. It states that there will be sleep-outs in Surrey and Vancouver on November 26 and 27.

The legal path ahead

The farm laws are currently stayed by the Indian Supreme Court and according to PM Modi, they will be repealed in the Winter Session of the Parliament due to begin on November 29. “First, the Cabinet needs to meet and take the decision to repeal the law, after which the government will bring the bill to the Lok Sabha (lower house) of the Parliament," says Dushyant Dave, senior advocate who is advising the SMK in the Supreme Court.

“Once it is passed there, it will go to the Rajya Sabha (upper house) to be passed, after which it will be sent to the President to be signed. If the government is sincere, it can undoubtedly be passed before the end of this year.” 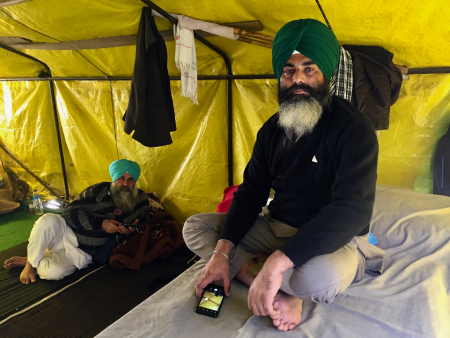 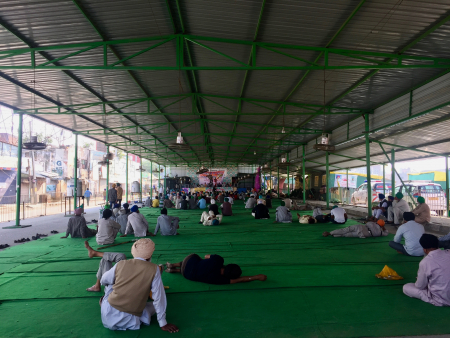 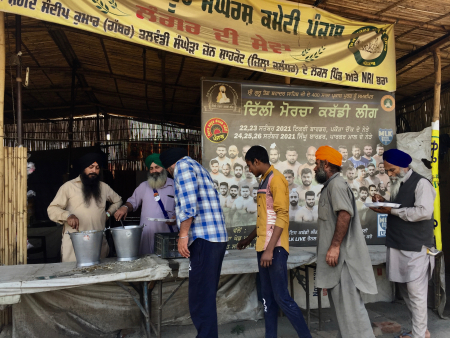