Research in the service of struggle

Research in the service of struggle 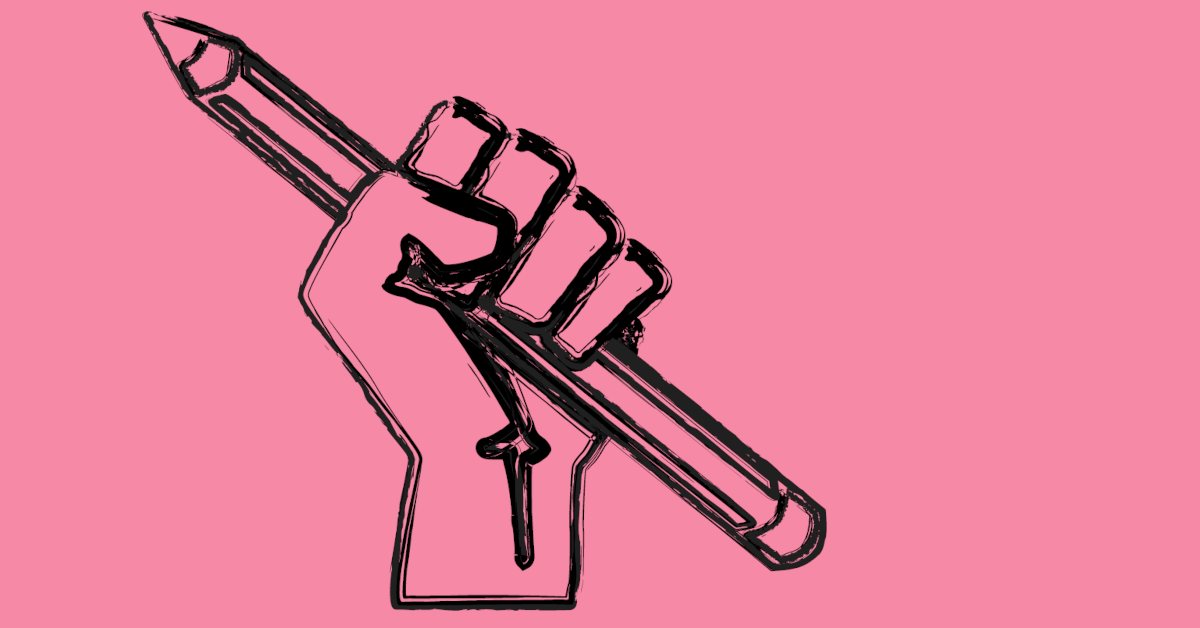 Jen Gobby lives in Abenaki territory in rural Quebec and works as a postdoctoral researcher at Concordia University in Montreal. She is the founder of Research for the Front Lines, a new organization that fosters collaboration between climate and environmental justice movements in Canada and people in universities with the time and skills to do the research that movements need. Molly Murphy lives in Coast Salish territory on the west coast. She is active on the front lines of Indigenous-led land defence struggles, most recently the forest-protection blockades at Fairy Creek in Pacheedaht territory on Vancouver Island, and has been part of a collaboration with Research for the Front Lines that unearthed important new information about the Community-Industry Response Group, an RCMP unit that polices land defence struggles in the unceded territories on the west coast.

Gobby has been active in grassroots movements for the last 20 years – particularly, in the last ten, climate justice and solidarity with a range of Indigenous struggles. Over that decade, as she has pursued postsecondary education, it has been an important priority for her to figure out ways to use her research skills to support movements. Much of her work during her PhD and since has involved collaborating with climate justice and Indigenous land defence movements. In fact, her PhD research resulted in a book, More Powerful Together: Conversations with Climate Activists and Indigenous Land Defenders (Fernwood 2020). And more recently, she has been working with the organization Indigenous Climate Action on research related to decolonizing climate policy in Canada, and her postdoc has focused on community responses to COVID.

The work of research can be tremendously important to movements. It can help them develop their arguments, plan their actions, understand their opponents, and otherwise inform their decisions about intervening in the world. In movements and communities, research happens all the time, often in informal ways that don’t get recognized or named as such. But research can take a lot of time, and often folks who are on the front lines of struggle don’t have much time, because of all of the other urgent demands that they face.

Through her own experiences and conversations with collaborators in both movements and academic settings, Gobby came to recognize that that not only was there this great need for research in the context of front line struggles, but there were plenty of people in university settings with relevant skills, supportive politics, and time. But these two groups are often unable to connect. So Gobby founded Research for the Front Lines to serve as a sort of “matchmaker” and “support infrastructure” to enable such collaborations. Gobby understands this as “a form of redistribution.” In particular, because “a lot of people in universities have access to resources, have access to time to sit down and do research that others might not have” she sees it as a “redistribution of time.”

The response from both sides has been enthusiastic. Despite the fact that the organization is in its infancy, she already has a sizeable list of willing researchers, and numerous grassroots movements and communities-in-struggle have been in touch with research questions. Around eight projects are completed or ongoing, with more in the planning stages. The work so far has included supporting an Indigenous land defender involved at Fairy Creek in putting together a report for the United Nations about police violence during that struggle. At the request of people involved in the 1492 Land Back Lane land reclamation at Six Nations in Haudenosaunee territory, they put together a report on how to set up a co-operative. They are working with some Algonquin people to do a study on moose populations in their territory, to support that nation’s call for a moratorium on sport moose hunting in Quebec. And lots more.

Molly Murphy, in the course of her involvement in the land defence struggles at Fairy Creek, has both witnessed and directly experienced extensive violence enacted by the RCMP. For her, that has raised a lot of questions about the role of the RCMP in facilitating resource extraction and therefore also climate collapse. Moreover, she began to hear people talking about something called the Community-Industry Response Group (or C-IRG), but noone seemed to know much about it. One day, she posted some of her questions to social media. Gobby happened to see them, got in touch, and they decided to work together.

The team Gobby put together at Research for the Front Lines, under Murphy’s direction, has uncovered a great deal about the C-IRG, an RCMP unit that is at the forefront of repressing multiple Indigenous land defence struggles. Based on this research, Murphy has been able to circulate important new knowledge directly relevant to the struggle among land defenders she works with at Fairy Creek, in Wet’suwet’en territory, and elsewhere on the west coast. And she and the participants from Research for the Front Lines have written the organization’s first public-facing publication, an article for the movement magazine Briarpatch, and they have more planned.

In the long history of relationships between university-based researchers and grassroots communities and movements, things have often been fraught, to say the least. But in contrast with how this has often happened, Research for the Front Lines is very explicit that the researchers are not in charge. In fact, it is not even seen as an equal partnership. In the questions asked, the approaches taken, and the outputs produced, it is the front line community or movement that calls the shots.

Murphy encourages other people involved in climate and environmental justice and Indigenous-led land defence to get in touch with Research for the Front Lines if they have questions whose answers would advance their struggles. She said that as someone who has “had the firsthand experience of what it’s like to be a receiver of the research” that “the experience has been overwhelmingly positive and overwhelmingly empowering.”

And Gobby encourages any researchers with skills they think might be useful and time to give to be in touch and get on the organization’s roster. For people involved in struggle, she echoed Murphy’s encouragement, saying, “We can put a small army of researchers together to work on your project in whatever way you thinks is going to be most useful.”