Working in Canada for a just peace in Kashmir

Working in Canada for a just peace in Kashmir 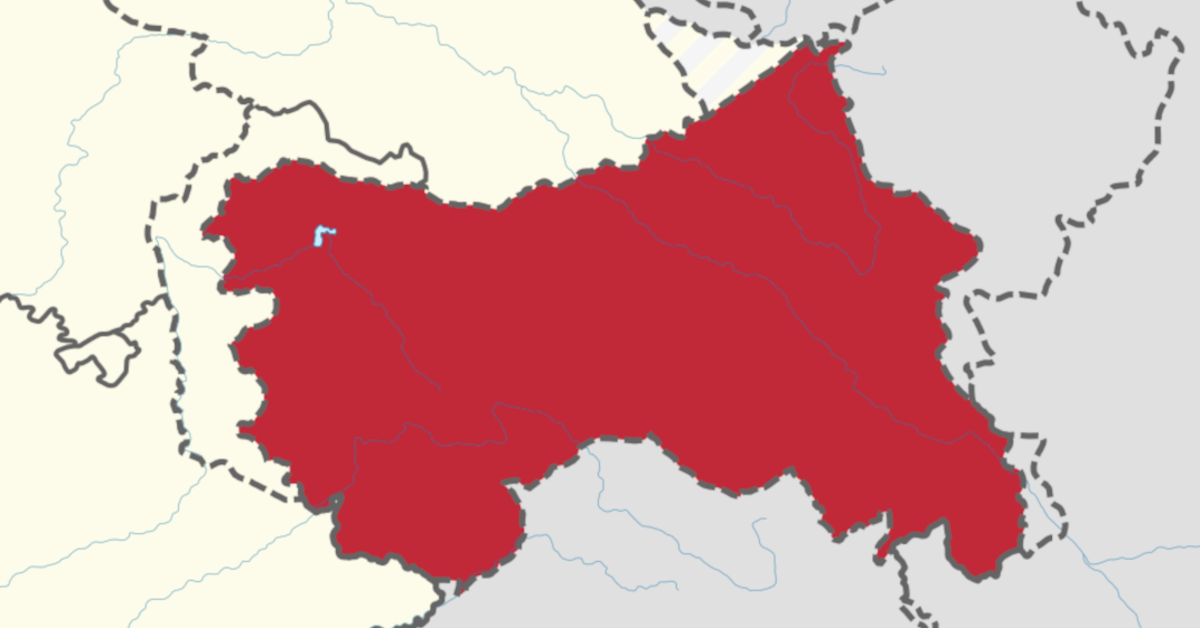 Today’s guest on Talking Radical Radio is a Kashmiri-Canadian and a member of Canadians for Peace and Justice in Kashmir, a group of Canadians – some of whom have ties to the region, some of whom do not – committed to working in this country towards a just peace in Kashmir. Scott Neigh interviews him about the history of the conflict in Kashmir and about the work of CPJK.

When political violence erupted in Kashmir in the early 1990s, today’s interview participant and his young family reluctantly decided to emigrate. More than two decades ago, he settled in Canada.

Using passive language like “political violence erupted” almost always obscures power dynamics and histories of oppression and resistance – in this case, the longstanding and brutal occupation of Kashmir by the Indian state. In speaking as a member of CPJK, today’s guest has requested to remain anonymous, because there have been instances in which Indian security forces have responded to people in the Kashmiri diaspora speaking out against the occupation and its human rights violations by retaliating against their family and friends in Kashmir.

He said, “I have the ability to speak up that my fellow countrymen and people back home don’t have. But it also puts the onus on me to make sure that they’re protected, because me speaking freely has a huge impact on people living back home. And that, to me, is the primary reason that I want to be anonymous, so that there won’t be any reprisals against my family, against my parents, against my extended family.”

The roots of the current conflict go back to British colonial domination of the subcontinent. When the British were forced out in the 1940s, they decided to divide the many small kingdoms, principalities, and territories through which they exerted control into two countries – the Muslim nation of Pakistan, and the Hindu-majority but officially secular India. The way the British enacted this Partition resulted in violence, turmoil, and up to 2 million people being killed, plus tens of millions more displaced. And this is aside from the disputes arising with respect to the fate of a number of specific territories – including Kashmir, which has a Muslim-majority population but had a ruler in those years who was Hindu. Ultimately, Pakistan and India went to war over Kashmir in 1947. The Western powers insisted that they stop, and the United Nations Security Council passed a resolution that both countries should withdraw and there should be a plebiscite to determine Kashmir’s fate. But none of that happened, and India continued to occupy the most populous portions of the territory, while Pakistan held onto the rest.

That was more or less how things stayed for several decades. Today’s guest said, “The majority of the Kashimiri population has it always in the back of their mind they have never been given their right to determine where they want to go.” In 1989, this resulted in a “mass rebellion” among Kashmiris demanding the right to self-determination enshrined in the UN Security Council resolution. The uprising included a component of armed struggle. The response by the Indian state was violent and ruthless, particularly in the early 1990s – massacres, mass rapes, and all manner of human rights abuses have been documented.

And while that may have been a tragic high-point for the intensity of the repression, today’s guest said, “the rebellion is still going on in a low-key manner [and] India is still being brutal,” so the basic everyday violence and dehumanizing indignity of occupation have remained fundamentally similar in the subsequent decades.

Today’s guest said, “The worst thing about an occupation is how demeaning it is. How much you’re controlled and how much you’re not allowed to think as a human being. You are literally turned into an animal. And only people who have lived through an occupation would be able to relate to that.”

In 2019, the far right Indian government of Narendra Modi unilaterally revoked the guarantee of partial autonomy for Kashmir that had been part of the Indian constitution, instituted direct rule of the territory by the federal government, and significantly tightened the noose of the occupation in multiple ways. Some of the changes suggest a campaign by the Indian state to fundamentally change Kashmir’s demographics to undermine the claims by Kashmiris to their own territory. Commentators have drawn parallels between the Indian occupation of Kashmir and both the brutal Israeli occupation of Palestine and the genocidal occupation of a wide range of Indigenous nations by the Canadian and US states.

Few Canadians who do not themselves have ties to Kashmir know much about the conflict, so a key element of CPJK’s work is doing public education on the issue. They have also lobbied MPs and presented to the Parliamentary Foreign Relations Committee. Individual members of the group have also published articles about the conflict in a range of venues.

Today’s guest recognizes that it will be an uphill battle – Canada is hoping to deepen economic ties with India, and the Western powers seem to be using India as an element of their increasingly hostile orientation towards China – but the group’s goal is to get the Canadian government to do more to speak up for the human rights of Kashmiris and to use their influence in that direction with other Western powers. They encourage all Canadians to learn more, and to get involved.