Opposing the arms industry in one Canadian community

Opposing the arms industry in one Canadian community 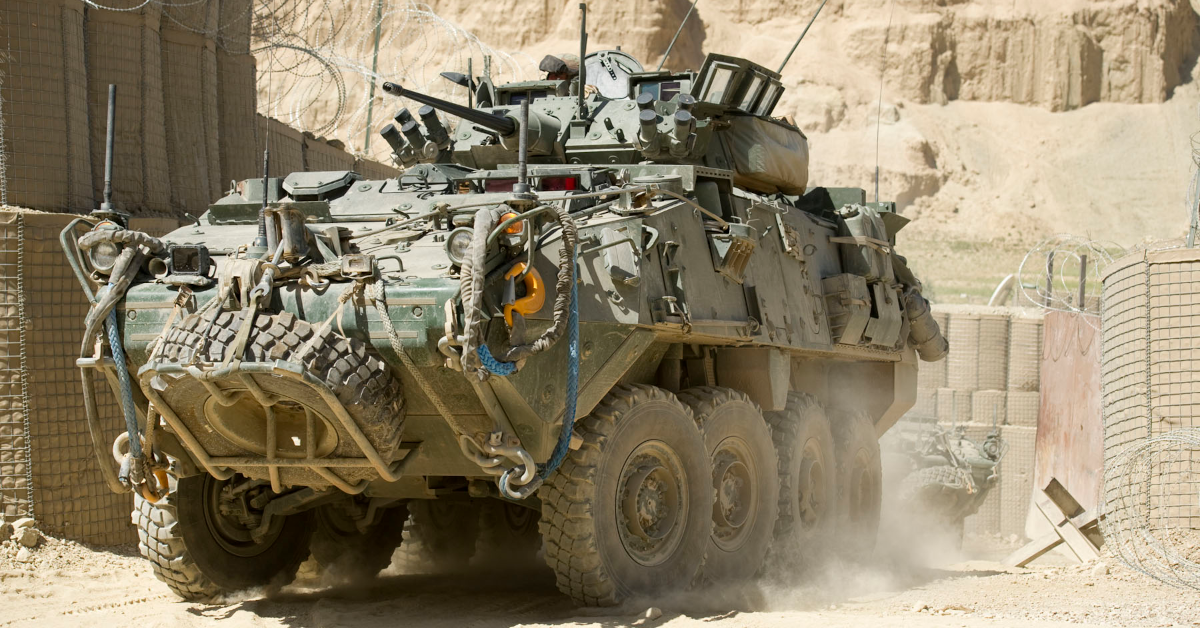 Anna Badillo and David Heap are members of People for Peace, a local grassroots peace group in the city of London in southwestern Ontario. Scott Neigh interviews them about the group’s two decades of action on a wide range of issues, and in particular about their work opposing the manufacture in a London plant of the light-armoured vehicles (LAVs) being sold to Saudi Arabia in the largest arms deal in Canadian history.

People for Peace initially came together in the lead-up to the US-led invasion and recolonization of Iraq in 2003. While many of the groups formed in that era of mass anti-war politics faded within a few years, People for Peace stuck around and has been involved in many different struggles in the two decades since. A major focus in the earlier years was supporting US war resisters – that is, US soldiers who came to Canada to avoid serving in the occupation forces in Iraq. The group of course acted where they could in opposition to the ongoing wars in Iraq and Afghanistan. As well, over those years, there were periodic assaults by the Israeli state against Palestinian people in Gaza, and People for Peace has been quite involved in organizing demonstrations in those moments, in opposing the Israeli siege of Gaza, and in supporting the Boycott, Divestment, and Sanctions (BDS) movement called for by Palestinian civil society. They contribute locally to efforts to get Canada out of NATO, to stop the federal government from spending untold billions on new fighter jets, and many other initiatives from the broader peace movement. They have also acted in support of prisoner justice struggles, numerous Indigenous struggles, the movement for Black lives, and lots more.

Badillo did a degree in peace studies in Dublin, Ireland, and continues to work in academic contexts. She is involved in various nonprofits and advocacy groups, and she has been active around prisoner justice, Palestine solidarity, and lots of other issues. She has been part of People for Peace since about 2014. Heap is a teacher and researcher in linguistics and French at the University of Western Ontario, and has been active in a range of social movements since his youth. He is one of the founding members of the group.

Perhaps the national issue in which London has been most central in recent years has been the growing opposition to Canada’s arms sales to Saudi Arabia. A former locomotive plant in the city was re-tooled around 40 years ago (with active support by the federal government led by then-Prime Minister Pierre Trudeau) to produce LAVs, a category of tank-like military vehicle. From early on, Saudi Arabia was one of its customers. In 2014, the Harper Conservative government signed a deal that was subsequently approved by the Liberals under Justin Trudeau for the largest arms sale in Canadian history – the Saudi’s would pay approximately $15 billion for LAVs from General Dynamics Land Systems, to be manufactured at their London plant.

“There is tangible evidence that these LAVs are being used in grave human rights violation over in Saudi Arabia and Yemen,” according to Badillo. For several years now the United Nations has named Yemen as the world’s worst humanitarian crisis, and in the last two years it has named Canada as part of the problem for its role in arming the Saudis.

According to Heap, General Dynamics has always been skilled at cultivating goodwill locally. They constantly emphasize the local economic benefits of the plant. As well, he said, “They’re flagship donors of whatever causes in London’s community.” In addition, they fund things like materials science research at the University of Western Ontario, located in London, and so “provide benefits for researchers and students.”

Heap continued, “This is a way that these mega profitable corporations can … try to buy civil society compliance. They get municipal politicians on side, provincial and federal politicians from different parties on side, and sell it in that way, as one of the last really high quality industrial jobs in the region.”

There is a broad coalition in Canada against the sale of arms to Saudi Arabia, and People for Peace is a member. The group has done lots of work in the community to try to counter the company’s influence. This has involved extensive public education on the issue. They have also lobbied local politicians, picketed the plant, and briefly blocked the rails by which finished LAVs were about to be transported.

While the coalition is focused on opposing the deal with Saudi Arabia, People for Peace has its sights set much higher. According to Heap, “We need to go farther and say, in fact, there are no acceptable clients, even when they sell them to the ‘friendly’ Canadian and US military.”

Badillo added, “I think that’s what’s unique about People for Peace is that we’re not just asking for … the end of this contract, but we’re also looking at and asking for conversion of the plant, and to stop producing these war machines for the war industry and convert and transition to peaceful production.” The original role of the plant in manufacturing locomotives provides a cue to what it could do after conversion, given the extensive changes in infrastructure required by the climate crisis.

Heap said, “It’s not as if Canada doesn’t need heavy industries, right? We know the government has to invest in green infrastructure, it has to invest in mass transit in a big way. That plant could be producing, once again, locomotives and other green transport. … People in the community remember when it was a local locomotive plant, remember when it was producing stuff that people actually need and want. And we could get back to that, but it takes leadership. It takes a change in direction from the government to not facilitate and fund conversion to war industries, which is what they’ve done for the last number of decades, but redirect back towards a conversion towards peace industries. And right now, nothing is more necessary than green infrastructure and public transit. So it would be a perfect fit, to keep those jobs in the community, keep the all of the quality spin offs that come from that plant, but end not just the contract with Saudi, but phase out the war industry in general.”