Next steps for sexual and reproductive rights activism in Canada

Next steps for sexual and reproductive rights activism in Canada 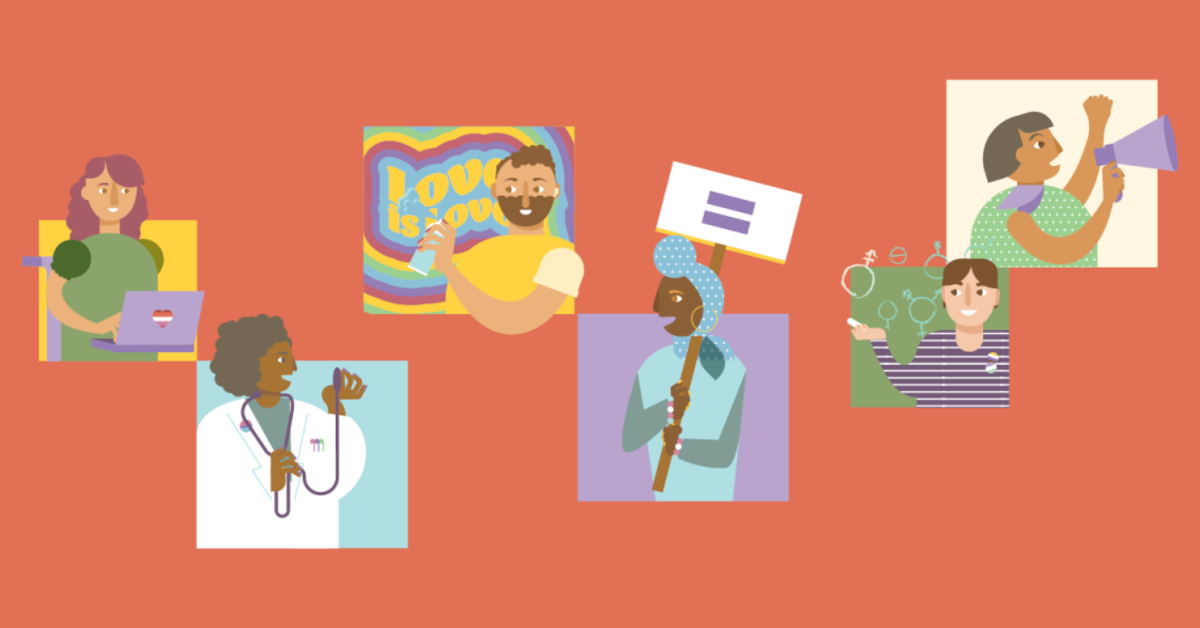 Martha Paynter and Frédérique Chabot have each spent a lot of years doing a lot of different kinds of grassroots political work related to sexual and reproductive health and rights. Scott Neigh interviews them about why such work is important, and about why in Canada today it is vital that it centre prison abolition, migrant justice, and other struggles led by people who are regularly “discarded” and dehumanized by dominant systems.

Paynter is a registered nurse who practices in the area of abortion and reproductive health in unceded Mi’kmaq territory, in what is colonially known as Nova Scotia. She is also a researcher and activist, and the founder of an organization called Wellness Within, which works for reproductive justice, health equity, and prison abolition.

Chabot lives in unceded Algonquin territory in Ottawa, and is currently the director of health promotion at Action Canada for Sexual Health and Rights. Action Canada engages in public education, health promotion, service provision, and policy advocacy related to sexual and reproductive health and rights in Canada and globally. In earlier years, Chabot was also very involved in work related to HIV/AIDS and in advocacy related to the rights of sex workers.

The occasion of today’s interview is Sexual and Reproductive Health Awareness Week (SRH Week), a campaign from Action Canada that each year focuses on a topic related to sexual health and offers events and resources on that topic to the general public, to health care providers, and to other audiences. This year’s SRH Week runs from February 14 to 18 and its theme will be “Advocacy in Action.”

Whatever sexual and reproductive rights that we enjoy in Canada today owe a lot to a wide range of advocacy, activism, and organizing over the last century. Moreover, advocacy is just as relevant to our sexual and reproductive health. Chabot said, “[Sexual] health outcomes are often impacted by sexism, gender inequality, racism, and other structural forces…. Stigma and taboos around sex, pleasure, abortion, or adolescent sexuality, among other things, mean that sexual health and reproductive health are often seen or treated as problematic or improper or are not even part of the conversation. So seeing that a lot of those issues are often ignored, neglected, or actually actively written out of medical school curricula, health institutions, or government policies, we really wanted to talk about what change makers throughout history and today have [done] in terms of ensuring that people have access to the services they need, have their rights respected, and what work is left to do. And to call people to understand how they can participate in getting sexual and reproductive health on the agenda.”

Many struggles related to sexual and reproductive health and rights ongoing today have to do with the exclusion of variously oppressed and exploited people from the rights and services that more privileged people can take for granted. So, for instance, Black, Indigenous, and racialized people tend to have worse experiences and worse outcomes when it comes to reproductive health care. Or take abortion care – it is decriminalized in Canada, but services are not uniformly available, particularly in remote, rural, and northern areas, and the expense of accessing services can be a significant barrier for pregnant people who are poor (and at all of those intersections that make poverty more likely). Similarly, things like the lack of a national pharmacare program and inadequate social assistance and other forms of social support also put barriers in the way of people exercising their sexual and reproductive rights.

Chabot and Paynter argue that it is particularly important to centre conversation about sexual and reproductive rights advocacy in groups that Chabot describes as “people who are discarded” – that is, groups so dehumanized that they are largely excluded from even basic sexual and reproductive rights and healthcare. Even when they are not in geographically isolated areas, for example, undocumented migrants in Canada cannot access most aspects of the public health care system, including abortion care, and often live in poverty so have little capacity to access the other options that money makes possible. One of the many elements of Action Canada’s work is maintaining a fund to support people who are otherwise unable to access abortion care, and Chabot estimates that about a third of the people who access it each year are undocumented. She said, “If there wasn’t support to pay for procedure costs or travel, or if there wasn’t the ability to connect with a network of healthcare providers who basically create this kind of back-end way for people to access services, people would be left with nowhere to go.”

In addition, Chabot continued, “We follow the lead of organizations like like the Migrant Workers Center and the Migrant Rights Alliance and other organizations that fight every single day for status for all in Canada because … if we believe in reproductive rights, we have to fight for things like, you know, status for all, so people can have access to health care.”

Paynter and Wellness Within work with another group of “discarded” people – prisoners. They provide doula sevices to pregnant people who are incarcerated. They do related educational work in health professional schools, with the public, and inside jails. They do research. And they do a lot of advocacy. The fact that they receive no funding beyond the occasional small project grant makes their work difficult in lots of ways, but it does allow for what Paynter describes as “ferocious independence” in speaking up against the injustices prisoners face and for prison abolition. They see providing doula services in jails as itself a way of preventing some of the violence that pregnant people regularly face in prison. As well, they are focused on challenging mainstream pro-choice advocates and health professionals to take up abolitionist politics.

“What I’m trying to do is convince people that prisons are where we need to focus our efforts,” Paynter said. “Doesn’t matter how liberal the laws are about abortion, you can’t have reproductive rights in this country if you have prisons – prisons where people are subjected to strip search, to violence, to unmet needs for contraception, for abortion, for perinatal care, to violent births, then denied access to their children after they’re born. You can’t have all these things and have reproductive rights in the country. So prison, as a system – and of course, this system intersects with the child protection system – is the the next real realm of reproductive rights activism that we need to get not just activists working on, but my clinical colleagues. I want [obstetricians and gynecologists] to be calling for abolition, [and] all my nurse colleagues, 400,000 nurses in this country. So there’s a ton of political power that could be mobilized to abolition, if there was a broader understanding and vision that that saw these things as so profoundly connected.”

Wellness Within was also a major voice speaking against the practice of birth alerts in Nova Scotia, a mechanism that facilitates state authorities taking newly born children from parents that has disproportionately impacted Black and Indigenous families. A major focus of their current work is addressing white supremacy in the doula profession and putting in place trainings and partnerships to reduce the barriers to Black and Indigenous people becoming doulas.

In encouraging people to participate in the upcoming SRH Week activities, Chabot said, “There’s so much work in terms of continuing to expand access to sexual and reproductive health care [in Canada]. And if we think that we have achieved everything with just access to abortion, then we’re failing to see that there’s still a lot of people that are not accessing that care. And … definitely one of the publics that I think can make such a difference here are health care providers and social service providers. Because in many cases, being loyal to institutions or rules or policies, as opposed to looking at the larger picture of who’s being impacted, who has access to services, has led to such discrimination. And over history, if we had just kept to, ‘Well, this is the rule and this is the policy,’ we wouldn’t have abortion care, we wouldn’t have contraceptives, we wouldn’t have gender affirming surgeries, we wouldn’t have midwifery care. There’s a lot of sexual reproductive health care that came because we stopped being loyal to policies that were unjust and we fought for change.”

Image: Used with permission of Action Canada for Sexual Health and Rights.