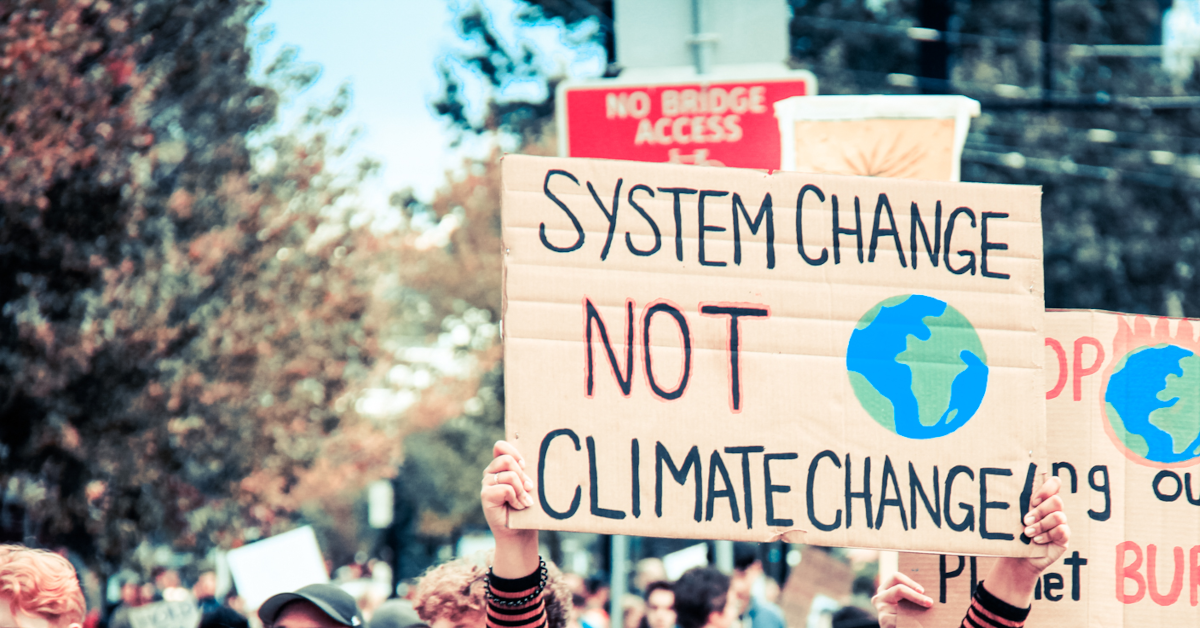 Jillian Maguire and Kim Benson are teachers in British Columbia. As such, they are both members of the British Columbia Teachers’ Federation (BCTF), and they have recently been organizing to get their pension plan to divest from fossil fuel industries. Scott Neigh interview them about the BCTF Divest Now campaign and about their success in getting the BCTF to pass a motion in favour of divestment.

Maguire teaches English at Kitsilano Secondary School on unceded Musqueam, Squamish, and Tsleil-waututh territory in Vancouver. Benson is a teacher on call at the elementary level in the Sea to Sky school district on the unceded territory of the Squamish Nation, north of Vancouver.

Like so many of us, in recent years Maguire and Benson have been grappling with the enormity of the climate crisis and its implications for… well, everything. For Maguire, a key moment happened two summers ago when she encountered a blockade by climate action group Extinction Rebellion on Vancouver’s Burrard Street Bridge. At around the same time, Benson started doing a lot of reading on the topic, which really drove home for her the urgency of the crisis. Both were inspired to get involved, and began taking part in all manner of public actions. As well, Benson started a Teachers for Future – Canada Instagram page as a way to connect teachers interested in climate action to each other and to the youth climate organizing that has been so important in recent years.

Then a few months ago, the two of them met for the first time – fittingly, at a public talk related to the climate crisis. They got to chatting, and realized they had both started wondering about whether their pension plan – the pension plan to which all teachers in BC belong – had divested from fossil fuels.

Divestment is a strategy of encouraging particular institutions to pull their money out of fossil fuel industries. This can introduce practical impediments to industrial activities that contribute to the climate crisis, but perhaps more importantly can be a powerful way of delegitimizing such activities.

Public sector pension plans are major institutional investors. The BC Teachers’ Pension Plan represents 49,000 employed members and 40,000 retired members, and it has assets in excess of $34 billion. As with other public sector pensions in the province, it is managed by two provincial crown corporations – the BC Pension Corporation deals with members, and the BC Investment Management Corporation (BCI) does the investing. The plan is governed by a ten-member board, half of whom are appointed by the provincial government and the other half of whom are appointed by the BCTF.

The BCTF is a union with a history and a self-image suggesting a particular commitment to an activist vision of social justice. However, while it certainly has had important moments of militance and of engagement with international solidarity over the decades, Maguire and Benson were disappointed to learn that despite years of work by activists within the union, it had taken no steps towards divesting its pension plan from fossil fuels. Maguire said, “The BCTF talks about itself as a social justice union. But I’m starting to doubt whether, in fact, we are a social justice union.”

The standard response to demands for divestment has been to point out that it is not something that the union can unilaterally decide. However, divestment activists argue that this does not meant the union can and should be doing nothing at all. Maguire said, “If we are truly a social justice union, then we wouldn’t be taking no for an answer so easily.”

So Maguire and Benson decided to start the BCTF Divest Now campaign. They reached out to teachers that they knew and put together a core group that wanted to be involved. Within a couple of weeks, they had a social media and web presence. And they discovered that two motions committing the union to divestment were already slated to go to the BCTF annual general meeting in March.

Though unions are, for the most part, democratic, bureaucracy can still make it very hard for activists to get things done. It has meant, for instance, that divestment motions in prior years were never given the chance to be voted on. According to Benson, “I think from at least 2011, motions for divestment have been coming to the AGM but never hitting the floor, always disappearing at some point or another.”

And the bureaucracy also made working through union channels in support of this year’s motions difficult and frustrating. Maguire said, “Even to get the motion past the layers of bureaucracy that are involved in our union was mind boggling. … I wouldn’t say that there’s a resistance to it, but it’s, you know, everybody thinks that it’s somebody else’s job to do this, and nobody wants to take the initiative to take ownership of this particular process.”

For this reason, the BCTF Divest Now campaign decided that the best tactic would be to build pressure outside of regular union channels – they developed a petition and began to circulate it far and wide, and to build public pressure on the union to act. And this time, one of the divestment motions made it to the AGM floor, and BCTF members voted by an overwhelming margin to pass it.

Despite the passage of that motion, given how the pension plan is governed, it is not clear what happens next. While the union cannot implement divestment on its own, it can certainly use its institutional power to demand it, though it is uncertain what this might look like. At the very least, according to Benson, the passage of this resolution makes it clear that “most members want divestment – and also investment in sustainable, restorative companies and investments.” She describes it as “a turning point” and “very encouraging … it puts us in a good spot to engage more teachers in this conversation.” The campaign is still figuring out its next steps, but Maguire and Benson suspect that ongoing pressure both inside and outside the BCTF will continue to be necessary.

In the grand scheme of things, Maguire and Benson see divestment as only one facet of climate action among many. Despite the growing urgency, they see governments of all parties and at all levels as complicit with fossil fuel industries in delaying substantial responses to the climate crisis. In that context, Maguire said, “The work that we’re doing at the BCTF is really essential. But … just, you know, [people] going to a meeting and sending a few emails to try to get their union to divest – that’s not going to be nearly enough. People have to take a lot more action than that.” They believe that large-scale nonviolent direct action and mass protest will be necessary to achieve the kind of just transition that the world needs. Benson said, “I visualize 46,000 teachers actually coming out for civil disobedience, protecting old growth and protesting against the fossil fuel expansion.”