Non-status migrants and Ukraine; fair regularization needed for all

Non-status migrants and Ukraine; fair regularization needed for all 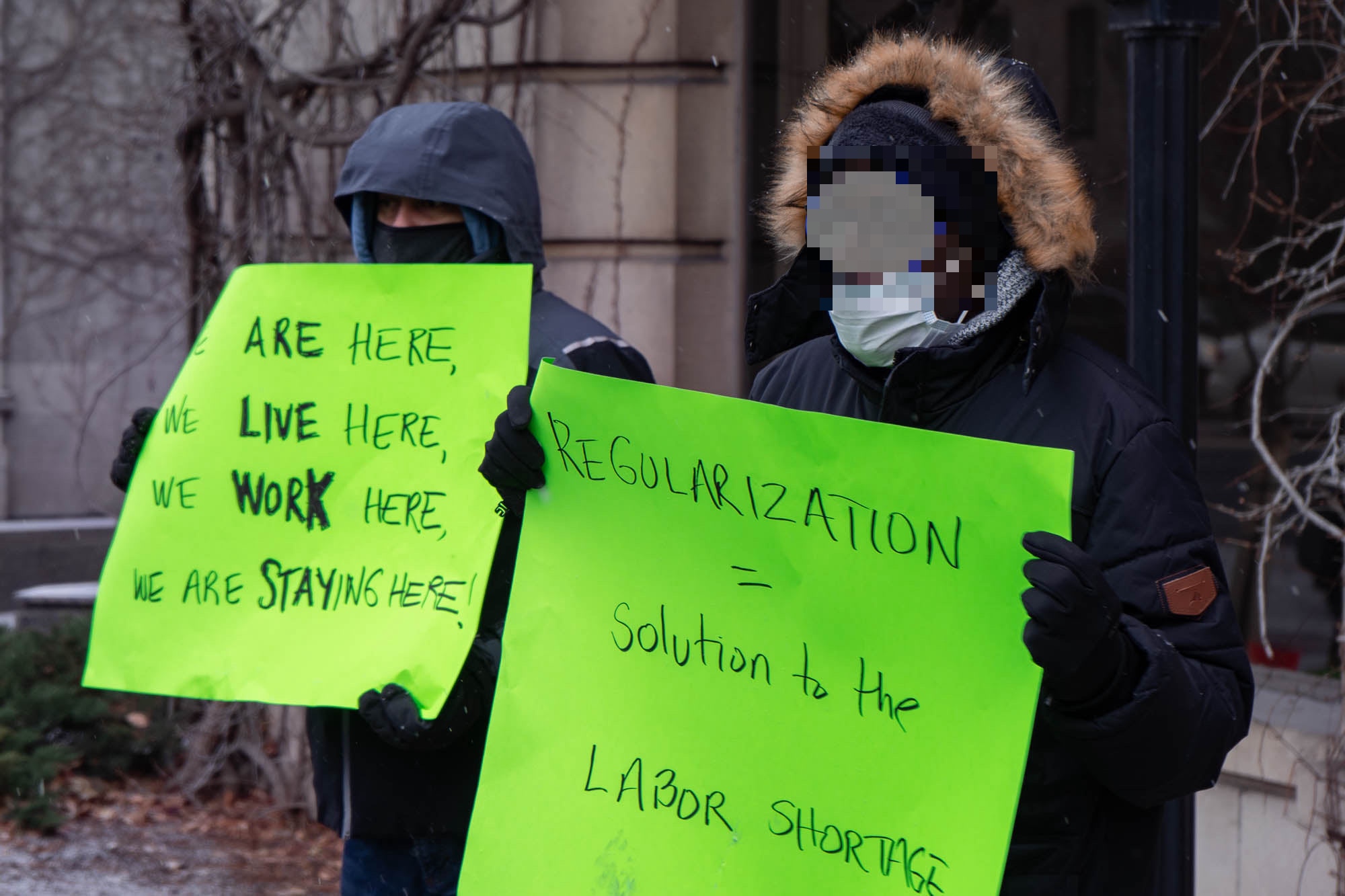 For more than a month, the whole world has seemingly forgotten about Covid. All eyes are fixed on the war between Russia and Ukraine.

We follow the news of people who try to flee this war by all the means offered. We have seen a number of countries repatriate their respective citizens. Other countries are opening their doors to these people fleeing the war without visas or conditions in order to provide them with the safety and comfort they need.

Canada has also opened its doors to Ukrainians. In March, the Canadian government announced an extensive immigration program for Ukrainian refugees.

We stand in solidarity with them in body and soul. At the same time, we are also thinking of people like us, who were seeking refuge in Canada. Yes, thousands of us are undocumented, without status, without dignity, without rights. We – the undocumented – are already on Canadian soil, marginalized or rather forgotten.

Is the reason we are not regularized that we are not blond or blue-eyed, like those non-Ukrainian refugees struggling to escape Ukraine? That we don't fit in with the geopolitical interests of Canada and its NATO allies? Or that some cynics are putting political interests ahead of human lives?

We support the regularization of these new people and refugees. We also expect the government to be fair and to think about those who are already here and do not have status.

We have also left our countries as a result of imperial wars, violence, poverty, and restrictions on our freedom and survival. Let us remember that we are integrated here. We have been living here for years. We work in all sectors and did not have the luxury of stopping during the pandemic, despite the danger. The "labour shortage" could simply be solved with people already on Canadian soil: us. Or, you would rather force us to remain undocumented, illegal workers, easy to exploit.

We are asking for fairness. We are also human. We live in precariousness and vulnerability with parents and children. We have few means to try to live with dignity.

We want a chance to live without fear here at home. We call for a regularization program for us all. A status for all. It is the only dignified and humane solution.