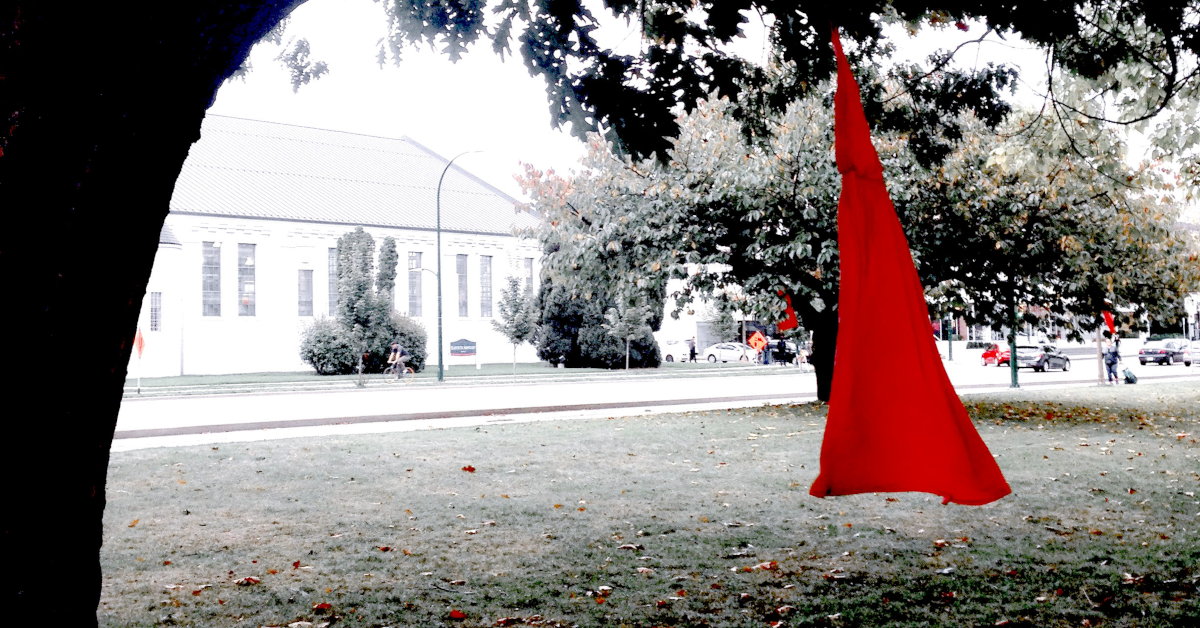 Darlene Okemaysim-Sicotte is part of a grassroots group called Iskwewuk E-wichiwitochik, or Women Walking Together, that has been working for many years in Saskatoon on the crisis of missing and murdered Indigenous women and girls. Scott Neigh interviews her about what that work has involved.

Okemaysim-Sicotte grew up in Beardy’s and Okemasis’ Cree Nation in Saskatchewan, north of Saskatoon. She was one of fourteen children, and her parents were residential school survivors. She grew up immersed in both the Catholic faith and in traditional Cree practices and ceremonies. Her family was very involved in the community, and her parents regularly set an example of standing up and speaking out when something unjust was going on. From a young age, Okemaysim-Sicotte was a high achiever in school. She attended the University of Saskatchewan, where she was active in Indigenous student politics and got a degree in sociology and women’s studies. As a young woman, she had a relationship with a Dakota man, with whom she had several children, and from him she also learned about different kinds of activist traditions from his people. After graduating, she worked in Indigenous community organizations in Saskatoon, but was eventually hired by the Indigenous Studies Department at the university.

Back in 2005, there were many Indigenous women and girls from Saskatchewan who were missing, and many others who had experienced violence. And in those years, mainstream media seldom gave the issue much attention. Okemaysim-Sicotte and a number of other people, particularly other Indigenous women, decided to come together and take action collectively in response to the crisis, initially with an event on that year’s International Human Rights Day on December 10. Out of that work they founded Iskwewuk E-wichiwitochik.

That continued as colonial settlement and agriculture came to predominate, and then via residential schools starting later in the 19th century. In the 20th century, as residential schools gradually began to recede, there was the so-called ’60s Scoop, in which large numbers of Indigenous children were taken from their families and placed primarily with settler families. And still today, the so-called child welfare system continues to target Indigenous families, to the point where more than three times as many Indigenous children are placed in state “care” now than were at the height of the residential school system. While many of these systemic violences against Indigenous people have not only targeted women and girls, their harms most certainly do have a huge impact on women and girls, and often specific and distinct impacts. It is this history that has produced the crisis of missing and murdered Indigenous women, according to Okemaysim-Sicotte. Despite all of it, however, she said, “Indigenous women are resilient, we’re not going anywhere.”

Iskwewuk E-wichiwitochik has never incorporated or sought formal funding. Their work has always followed the lead of the families of missing and murdered women, and has involved planning dozens and dozens of actions, fundraising, logistical support work, cultural and emotional support, and working hard to shield the families from the sometimes hostile media, public, and legal system. It has included work with specific families, broader public commemorations, local actions as part of national efforts, and much more. She said, “The first four or five years I think we did about 60 actions, all different types.” Though the pace is much slower today, similar work is still going on. They have also contributed to research and writing projects related to missing and murdered Indigenous women, and in recent years have been working with other groups in Saskatoon around enacting reconciliation at the municipal level.

Perhaps the most visible development on the issue in the last decade was the National Inquiry into Missing and Murdered Indigenous Women, Girls, and Two-Spirit People. Iskwewuk E-wichiwitochik was very involved in advocating for such an inquiry in the years before it happened, in contributing to the inquiry itself, and in the subsequent process to develop a national action plan. Often, as a grassroots group, they have not been given much space by official organizations, but they have done their best. Okemaysim-Sicotte recognizes that working within formal state processes has certain challenges, but nonetheless sees that work as an important path towards changes that will improve people’s lives and shift the circumstances that allow the crisis to persist.

These days, the core membership of Iskwewuk E-wichiwitochik is getting smaller and older. They are still going strong, but now with a greater emphasis on mentoring, consulting, and providing guidance to those newly taking up the struggle.