The struggle continues after Phillips' and Pereira's murders in the Amazon, but will people keep coming?

The struggle continues after Phillips' and Pereira's murders in the Amazon, but will people keep coming? 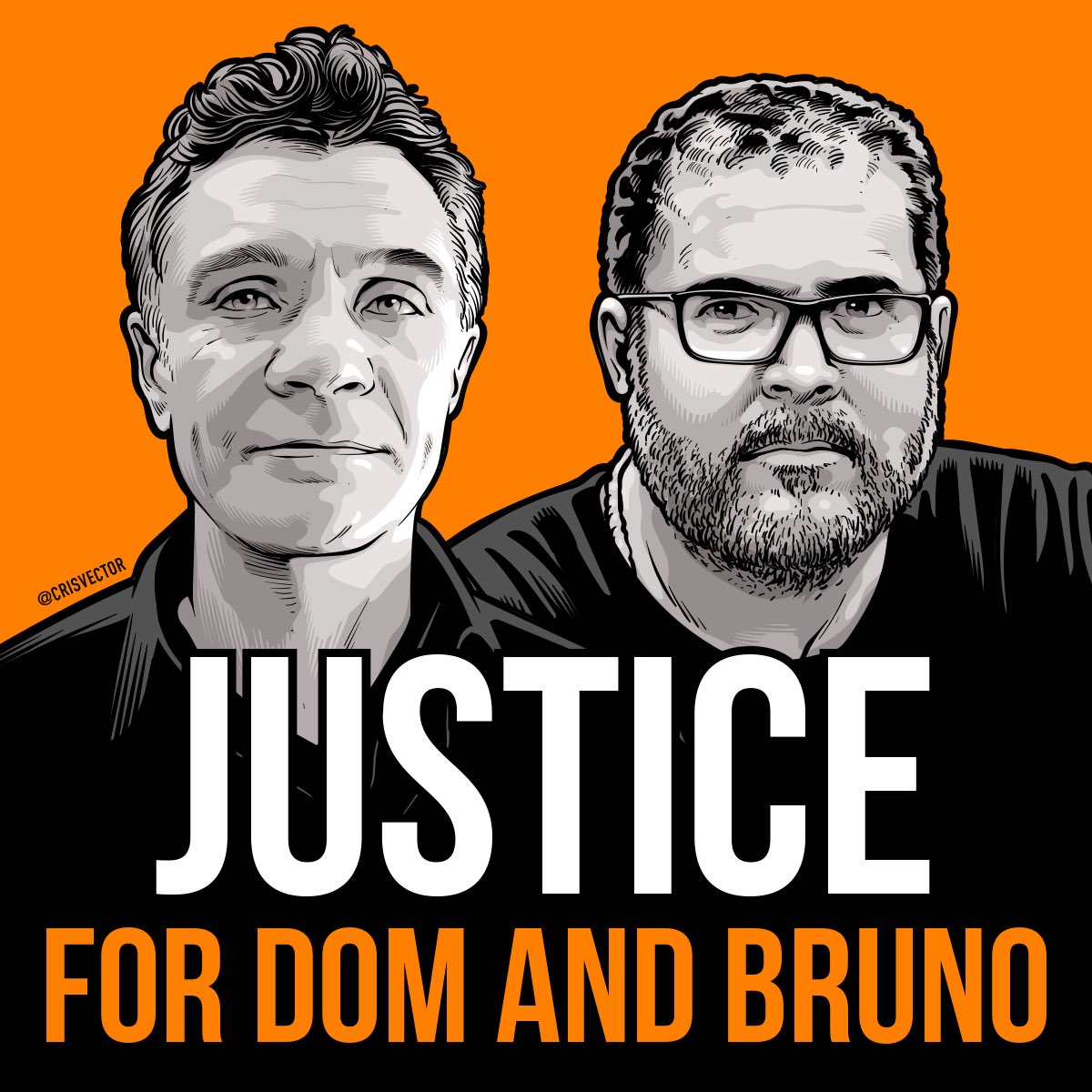 The disappearance and the slaughtering of British journalist Dom Phillips, age 57, and Brazilian expert in Indigenous affairs Bruno Araújo Pereira, 41, at the Javari Valley (Vale do Javari) in the Brazilian Amazon rainforest shocked the world and brought eyes to Brazil regarding Indigenous and environmental rights.

In July,  three men were charged with murder. And in August, Brazilian police arrested five more people  in connection with the killings. One of the arrested is supposedly the leader of an illegal fishing mafia operating out of the Amazonian region on the borders of Brazil, Peru and Colombia.

For activists, journalists, and civil society the murders showed how dangerous the dense forest region has become, in particular for Indigenous peoples. And although the murders sent world-wide red flags, the area doesn’t usually receive much attention from mainstream national newsrooms.

Kora Kanamari, a leader of the Indigenous Kanamari peoples, published a statement in June about the situation at the Javari Valley:

“I want to let people know that we, the Indigenous peoples of Vale do Javari, are crying out and asking for help from the whole world. Please help us and support us. Because the Javari Valley is the second largest Indigenous territory in Brazil, with the greatest biodiversity and impact on the planet, with the largest number of uncontacted tribes in the world.”

At the beginning of the murder investigations, the police dismissed the possibility of the deaths of Phillips and Pereira being related to organized crime activities and were inclined to describe it as an isolated incident. But the case is showing the entrails of criminal underworld in the region where, in addition to illegal fishing, poaching gangs and loggers are common. Such activities are gaining more attention to the outside world due to the work of Philips and Pereira, and then their high-profile demise.

Theirs is not the first assassination in the region. In 2020,  Guajajara people leader and land defender Zezico Rodrigues Guajajara was killed. Years earlier, the murders of Brazilian environmentalist Chico Mendes and the American missionary Dorothy Stang sent shockwaves through the globe in 1988 and 2005, respectively. There have been other attacks and killings as well.

“I believe the message this [recent] tragedy sends is that this war against indigenous peoples in Brazil has reached a worrying level,” Priscilla Schwarzenholz, communications and research officer with Survival International tells the Media Co-op in an exclusive interview. “Since Bolsonaro started his presidency, he and his agribusiness allies have been attempting to open up Indigenous territories to invaders, and reward criminals with impunity. And this has now caused skyrocketing levels of both forest destruction and appalling violence against those, principally Indigenous communities and leaders, who try to stop it.”

The Committee to Protect Journalists (CPJ) has long been addressing how dangerous it is to work as a journalist in Brazil. Natalie Southwick is CPJ’s Latin America and the Caribbean Program Coordinator. “Dom and Bruno's killing is a shocking, stark reminder of the dangers that journalists, media workers and human rights defenders face as they report in and work to shed light on the critical environmental issues of our time,” she tells the Media Co-op by message.

“Dom Phillips' killing is a brutal reminder of the dangers that journalists face in reporting in regions like the Javari Valley, or any area that spans the intersection of sensitive issues like environmental and land rights, extractive industries, trafficking networks, criminal groups operating across borders and more. In addition to the many dangers already present, Brazil has in recent years become a country of particular concern for press freedom and journalist safety, as authorities from the local levels up to the presidency have routinely insulted, harassed, threatened and sued journalists for doing their jobs.”

Southwick believes that to make journalism safer in the tropical country, the authorities have to stop harassing and undermining journalistic work, while also taking decisive actions on those who threaten the press. To achieve that, it would be necessary to make governmental information available and accessible to the public, to make sure local authorities, in particular elected officials and law enforcement, understand and respect the role of the press, to reform Brazil's defamation laws so journalists don't go to prison for something they publish.

On an individual level, journalists and outlets should ensure they have appropriate safety training and information necessary to report safely wherever they are, says Southwick, especially in high-risk regions like the area where Phillips and Pereira meet their tragic end.

Nevertheless, even if the Amazon, or Brazil as a whole, is a dangerous place to work, many organizations have expressed the need of more people coming to tell of the calamities taking place there.

“Places like the Javari Valley,” says Schwarzenholz with Survival International, “home to more uncontacted tribes than anywhere else on Earth, have come under intense pressure from outsiders desperate to steal its natural resources for profit. The Indigenous peoples from there and other territories in Brazil are lacking all forms of funding and resources that should be given by the government in order to protect their territory. They have also seen their rights being heavily threatened. In this context, activists and allies of the fight for Indigenous rights can help provide funding and resources and also expose the situation so the world knows what is happening in Brazil, including foreigner governments that provide fundings for the Brazilian government.”