The Regina-Qu'Appelle riding debate in Fort Qu'Appelle, Treaty 4, took place between the Liberal, NDP, and Green candidates
by
David Gray-Donald 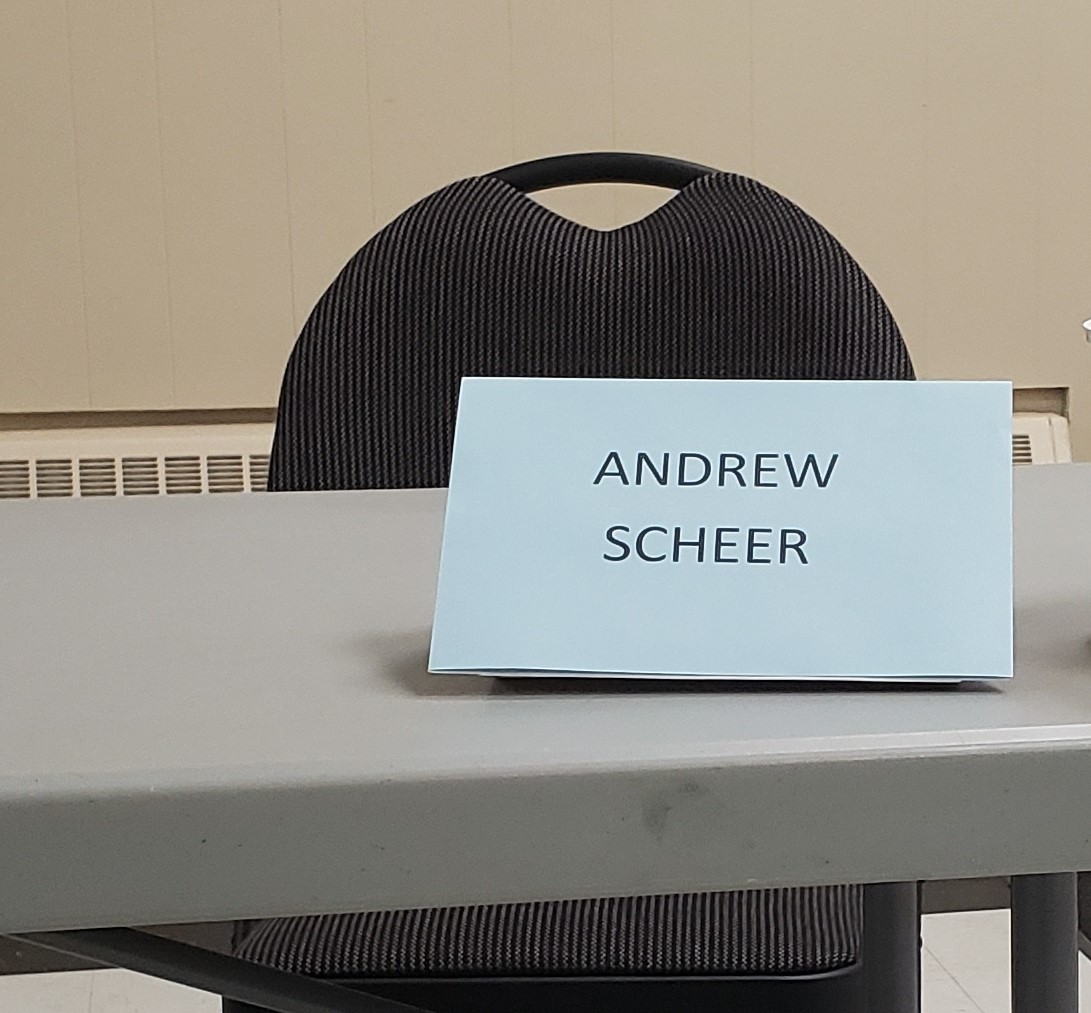 Conservative Party leader Andrew Scheer was notably absent from the candidates debate on environment on Friday in the riding of Regina-Qu'Appelle, where he sits as the member of parliament and is seeking re-eleciton.

Neither Scheer nor his campaign team responded to repeated invites, says Jim Harding, moderator of the debate. The event was hosted by the Qu'Appelle Valley Environmental Association as part of the 100 Debates on the Environment, an initiative of the NGOs GreenPAC and Equiterre. Organizers of the national initiative say that of over 100 debates, Conservatives candidates only confirmed they would attend in around 30 ridings.

"Scheer has danced around our invitations for a month, and has never acknowledged one of them," Harding tells the crowd. "They've even been in The Fort [Qu'Appelle] Times," which is the local paper. "They've been emailed to his Regina constituency office, his parliamentary office, and to his campaign office."

The Scheer campaign did not respond to questions from the Media Co-op.

Just before the debate started, Scheer posted a live video on Facebook of a campaign stop he was making in Toronto. There, Scheer cracked jokes about Justin Trudeau's record on climate.

Since taking the Regina Qu'Appelle seat in 2004, Harding notes, there have been many public meetings in the area on environmental issues which Scheer has refused to attend.

The Regina-Qu'Appelle riding encompasses a portion of Regina and a large swath of rural Saskatchewan east and north of the city, extending approximately 125 km east-west and 150 km north-south.

After growing up in Ottawa, Scheer moved to Regina in 2002 and won the seat in 2004, unseating a long-time NDP MP.