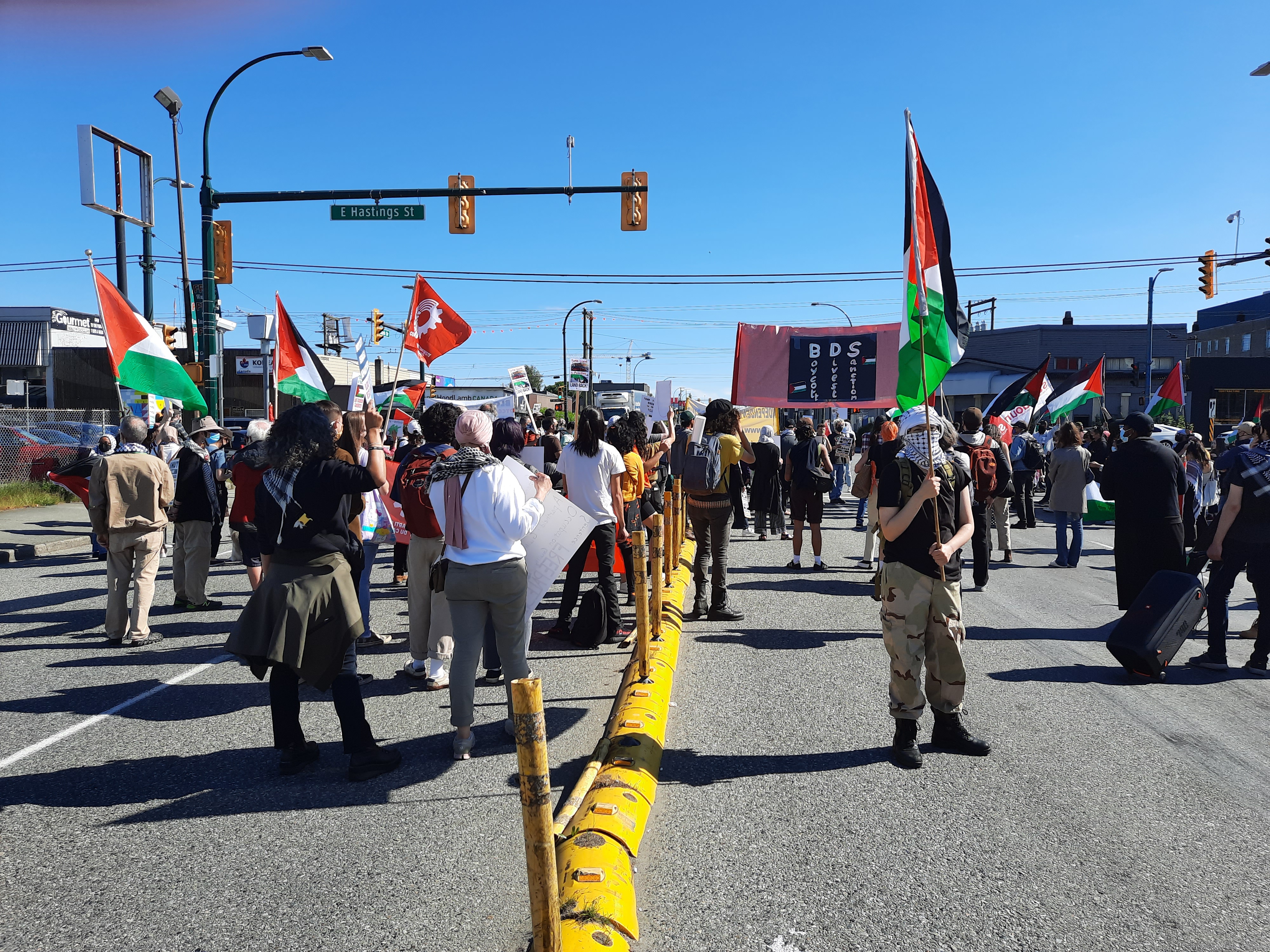 In 2021, several collective dock workers’ actions, including in Italy and South Africa, have been organized in response to calls from Palestinian workers for solidarity, as the Israeli state launched new offenses against Palestine.

Recent aggressions by the Israeli state have included mass evictions in the Sheikh Jarrah and Silwan neighborhoods of Jerusalem, the storming of Al-Aqsa Mosque, stepped up statist violence in the West Bank and in areas of Palesine occupied in 1948, and the bombardment of Gaza. At the time of the dockers' strikes, Israeli air strikes had killed more than 230 Palestinians, including more than 70 children and 40 women, in the Gaza Strip and the West Bank. The dock actions have focused on ships of Zim Integrated Shipping Services Ltd., or ZIM, Israel’s largest and oldest cargo shipping company

Notably, these strikes and work refusals have been rank-and-file initiated and led. They have been a form of wildcat strike, unsanctioned and occurring outside (and against) the bounds of collective agreements. They are also solidarity strikes, based not on the immediate or contractual interests of the striking workers but on broader interests of class solidarity and commitment to workers facing extremes of oppression elsewhere.

Thousands of people in Oakland blockaded the city's port to stop the ZIM-operated Volans cargo ship from unloading its cargo. The Oakland blockades were part of a call for an International Week of Action between June 2 and 9, to stop ships operated by Israeli cargo companies from docking. The campaign has focused especially on ZIM, which has been a main transport for military weaponry and equipment both to and from the state of Israel. Following weeks of organizing under the banner of “Block the Boat,” the action culminated on June 4, when more than 1,000 people mobilized and turned back the ZIM-owned cargo ship.

#BlocktheBoat solidarity actions have since been organized at the ports of Los Angeles, Seattle and Tacoma, Houston, New York City, and Detroit. In some places, connections between dock workers and other workers and community need to be built or strengthened. Strikes and work refusals by workers add significantly to the impact of other kinds of solidarity actions.

I participated in a relatively smaller action at the Port of Vancouver on June 8. At that action, we blocked a main entry to the port for several hours. A ZIM ship stops in Vancouver roughly every month and there is a ZIM office in downtown Vancouver. That action showed the limitations of solidarity enacted in relative isolation from dock workers. While some individual dockers participated, and some truckers showed support while turning away, there was no organized collective participation that could have shut the port down in the form of a strike.