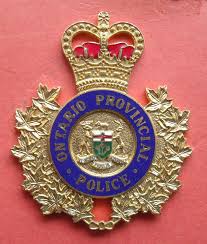 July was the most deadly month so far this year in terms of Canadian police-involved deaths. At least 11 people were killed by police or died through police actions.

To this point in 2021, at least 54 people have been killed by Canadian police or died through police actions. This includes at least six deaths through police interactions in June, 10 in May, six in April, and five in March. There were at least nine police-involved deaths in February and at least seven in January. If police killings in Canada continue at this rate, 2021 will represent a significant increase over recent years, in which there have generally been at least 60 police-involved deaths per year.

A 22-year-old man died in hospital on July 2, 2021, from injuries received in an interaction with Peel police in a Brampton apartment building on July 1. The Special Investigations Unit (SIU) says that police responded at around 4:00 PM to reports of gunshots in an apartment building in the area of Charolais Boulevard and McMurchy Avenue South. When Peel police arrived, they engaged in some sort interaction with a 22-year-old man. During the interaction, the man went into medical distress and was transported to hospital in life-threatening condition. He died there shortly after 3:00 PM on July 2.

No other details have been released publicly, including what police did to the man or the nature of his injuries. It has been reported that the victim was not shot by police.

A man died in RCMP custody in Surrey, BC, on July 2, 2021, after having been arrested and held by police the day before. According to the Independent Investigations Office (IIO), a man was arrested near 72 Avenue and 132 Street on July 1, 2021, at approximately 2:45 PM, following “an incident” at a business in the 7100-block of 138 Street. He was put in a cell at the Surrey RCMP detachment at around 4:25 PM that evening. The following day, at approximately 1:00 PM, the man was found in medical distress and Emergency Health Services were called. The victim was pronounced dead shortly thereafter.

No other details have been released publicly at this time, including why the man was arrested and detained in the first place.

This was the second person to die in Surrey RCMP custody in less than a week. On June 28, a man who was experiencing mental health distress died after being taken into custody by RCMP in Surrey for supposedly “behaving erratically.”

A 44-year-old woman died after being arrested and detained at the Sandy Bay RCMP detachment in northern Saskatchewan, approximately 580 kilometers northeast of Saskatoon. There is no independent investigations unit in Saskatchewan so information is provided solely by the RCMP in this case and should be viewed accordingly. RCMP claim that the woman was taken into custody around 8:20 PM on July 4 “in relation to an ongoing investigation.” She was found unresponsive in a cell at around 11:20 PM and was pronounced dead at the detachment just after midnight on July 5.

A man died in custody of the Ontario Provincial Police (OPP) on July 6, 2021, after having been arrested on July 1 and detained for several days. It has been reported that OPP responded to a motor vehicle collision on Highway 401 in Oxford County. A vehicle that had been reported stolen entered the off-ramp to a service centre and lost control, striking a light standard with the vehicle splitting in two. Reportedly, when OPP officers arrived, the driver had left the scene and two passengers were still in the vehicle. They were transported to a hospital in London, with serious injuries.

OPP later found a 32-year-old man identified as the driver and arrested him. He was later transported to hospital for treatment before being taken to a police cell. On July 3, officers at Emergency Dispatch Centre (EMDC) found the man unresponsive in his cell and took him back to the hospital. He was pronounced dead on July 6.

RCMP shot and killed a man on George Gordon First Nation on July 6, 2021. Again, there is no provincial investigations unit in Saskatchewan, so all reports so far are coming from the RCMP and must be viewed in that light. They claim that RCMP from the nearby town of Punnichy were called to the First Nation at around 2:15 PM on allegations that a man was armed with a rifle and making threats.

The RCMP have provided no details on why police shot the man, or what their interactions with him were prior to the shooting. They have only said that “over the course of events,” police fired their guns and “injured him.” Lestock Emergency Medical Service arrived on scene and pronounced the man dead.

A man was killed under circumstances for which few details have yet been released. The Special Investigations Unit (SIU) reports that Chatham-Kent OPP (Ontario Provincial Police) in southern Ontario responded to a call regarding alleged theft of gas from a local station at around 4:30 AM. A responding officer spotted a vehicle and while following it, the vehicle went out of control and rolled into a ditch. Some type of undisclosed interaction took place with a man who was in the vehicle and the officer fired his pistol. The man was transported to a hospital where he was pronounced dead.

For undisclosed reasons, neither the Special Investigations Unit nor the OPP have confirmed that the man was shot. An SIU spokesperson has declined to say whether the death would be classified as a police-involved shooting.

Previous cases in which the investigations unit has refused to disclose more specific details have raised troubling questions both about police actions and about the veracity of investigations.

BC RCMP shot and killed Jared Lowndes, a Wet’suwet’en man, near Campbell River in the early morning of July 8, 2021. According to the Independent Investigations Office, an officer with the Campbell River detachment tried to stop a vehicle because of an outstanding warrant just before 9:00 AM. The vehicle drove away but was later seen at a parking lot in the 2000-block of South Island Highway. Police reportedly boxed in the car he was in and deployed a police dog against him before shooting him multiple times.

Canadian media have produced numerous stories about the police dog that was killed during the action. Memorials to the dog have been put up in the town and there have been various tributes. At the same time, there have been few stories on Lowndes, the actual victim, and the town has created no memorials.

A man died in Foothills Hospital on July 10, 2021, days after Calgary police threw him to the ground during on arrest. According to the Alberta Serious Incident Response Team (ASIRT), Calgary Police Service officers responded to a complaint of “a man seated in a Ford truck” and “reported to be acting strangely” on the 300 block of Abalone Place NE, at about 9:40 PM on July 8.

Police arrived and spotted a man seated in the driver’s seat of a parked vehicle on the 100 block of Abalone Way. Police claimed to notice “signs of intoxication” and tested the man on a roadside screening device, which gave a “Fail” reading. Following the test, some type of dispute arose between police and the man, and he was then advised that he was under arrest for impaired driving. During the arrest police became physical with the man and used force to take him to the ground where he was handcuffed.

Immediately following his arrest, the man alerted police to pain in his ribs. Emergency Medical Services (EMS) arrived at the scene. The man was driven to his residence and released after being served with a driving suspension under the Immediate Roadside Sanctions (IRS) program.

Later that same evening, the man went to Peter Lougheed Hospital, where it was determined that he was suffering from internal bleeding. He was later transported to Foothills Hospital and admitted. The man died there on July 10.

A 42-year-old man drowned after being confronted by Ontario Provincial Police in Norfolk County. The Special Investigations Unit is investigating the death. They report that at around 7:00 PM on July 17, the OPP responded to a call regarding a man “acting erratically.” The SIU say only that officers had some type of interaction with the man and saw him enter the Waterford Ponds. They did not locate the man after he entered the water. The OPP Marine Unit recovered a body at 12:14 PM on July 18. Two investigators and one forensic investigator have been assigned to investigate the death.

Once again a person “acting erratically” or in distress has been left dead after police were deployed against them. Policing is not about health or wellness.

The BEI report that at around 1:05 PM, the SQ officers were called by staff of the Sept-Îles hospital, for a “disorganized and agitated patient.” During their intervention police used force to restrain the man, who lost consciousness. He reportedly received medical treatment which was unsuccessful.

The BEI have assigned five investigators to the case. The BEI is not an independent agency and relies on other police forces to carry out their investigations.

This is at least the second case this year in which someone receiving medical assistance has died when police intervened with force to restrain the person. Police are not about health and wellness and need to be kept away from health care.

Edmonton Police Service officers shot and killed a man near the Millwoods neighborhood on the city’s south side in the evening of July 27, 2021. The Alberta Serious Incident Response Team is investigating. According to ASIRT, police claim officers were called to a hotel near 53 Avenue and Calgary Trail at about 9:30 PM on a report of a man damaging vehicles and shooting a firearm in the parking lot. ASIRT reports that police located a man 10 minutes later about a block away and chased him. They claim that at some point police fired their weapons and killed the man.

No other details are available at this time. None of the claims made by police have been confirmed publicly.