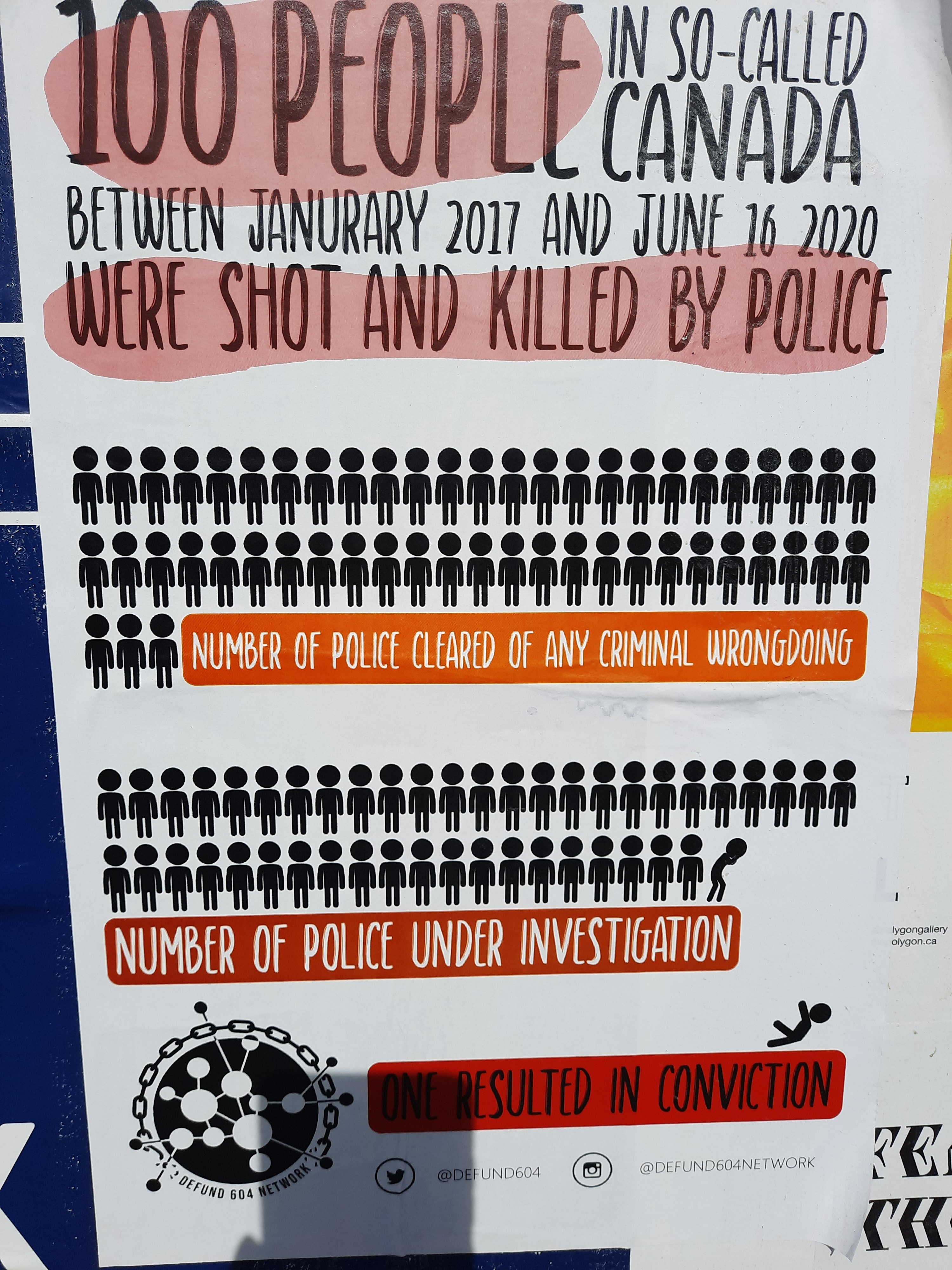 In March 2021, at least five people died through some interaction with police in Canada. This continues another deadly year in Canadian policing, with at least nine police-involved deaths in February and at least seven in January. While there is no formal and systematic record-keeping of police-involved deaths in Canada, my own work documents the following deadly police actions in the third month of this year.

Calgary Police Service officers shot and killed a 20-year-old woman who was in distress in the early evening of March 3, 2021, in the city’s downtown. The Alberta Serious Incident Response Team (ASIRT) reports that Calgary police were called to the Nuvo Hotel at 827 12 Avenue SW a bit after 4 PM.

They report that Calgary Police Service officers attended a third-floor room at the Nuvo Hotel in response to a call placed by a woman who sounded distressed and was threatening self-harm. According to ASIRT, a woman appeared in the doorway as police approached the room, then turned and went back inside. They report that she returned and appeared in the doorway again, this time holding something that looked like a handgun.

The ASIRT report continues, curiously given that they claim to have reviewed bodycam footage:

“Further details regarding what the woman may have done with the handgun or what occurred thereafter are being withheld pending additional possible interviews; however, shortly thereafter, two officers discharged their service pistols. The woman was struck and fell back into the room.”

A person staying at the Nuvo Hotel who was outside smoking when the shooting occurred, says she heard around six gunshots in quick succession.

The woman was dead at the scene. A pellet pistol was allegedly recovered nearby.

This is another case of someone in distress being met by violence by police.

A 79-year-old woman was killed when struck by a vehicle during a Montréal police chase on March 16, 2021. The Bureau des enquêtes indépendantes (Bureau of Independent Investigations, BEI) reports that the chase began when a Montreal police officer attempted to stop a vehicle for allegedly speeding.

According to the BEI, the officer caught up to the driver, who allegedly accelerated the vehicle, losing control and striking the 79-year-old woman. The victim was later pronounced dead in hospital.

The BEI has assigned six investigators on the case. They are not an independent unit and rely on other police forces for their investigations.

Christopher (Jude) Cesar, a 31-year-old man, was shot and killed by police in Joliette, Québec (northeast of Montreal) on March 16, 2021. According to the BEI, provincial police (SQ) were called to a house in the city around 2:45 PM. They say that police claim they broke down the door and found a man stabbing a woman. A police officer shot the man, who was transported to hospital where he was declared dead. The BEI also report that a woman was transported to hospital and her life is not in danger.

A 37-year-old man died after he was restrained by Toronto police. According to the Special Investigations Unit (SIU), the Toronto Police Service was called to assist Toronto EMS with “an aggressive patient” near Laird Drive and Industrial Street in East York at around 3:15 PM on March 25, 2021. An officer restrained the man and then accompanied the man and paramedics to hospital. On the way to the hospital, the man showed vital signs absent. He was pronounced dead at hospital at 4:10 PM. No other details have been provided publicly at this point, including what the officer did to restrain the man or what equipment or weapons might have been used to do so. The SIU has assigned three investigators and one forensic investigator to examine the case.

The BEI is investigating the death of a 78-year-old man in Saint-Jérôme, Québec, during an intervention by Saint-Jérôme Police Department officers on March 30, 2021.

According to the BEI, at around 10:30 AM, a man allegedly contacted 911 in some distress and mentioning that he had a firearm in his possession. Officers of the Police Department of the City of Saint-Jérôme located the man and undertook some sort of interaction with him. The BEI report that police say that at some point during the interaction the man shot himself. He was reportedly transported to hospital where he later died.

No other information is available publicly. There has been no public confirmation of police claims. The BEI has assigned six investigators to this case.

Police are not the proper response to mental health crises. In many occasions in Canada, people have taken their lives during or after interventions by police.