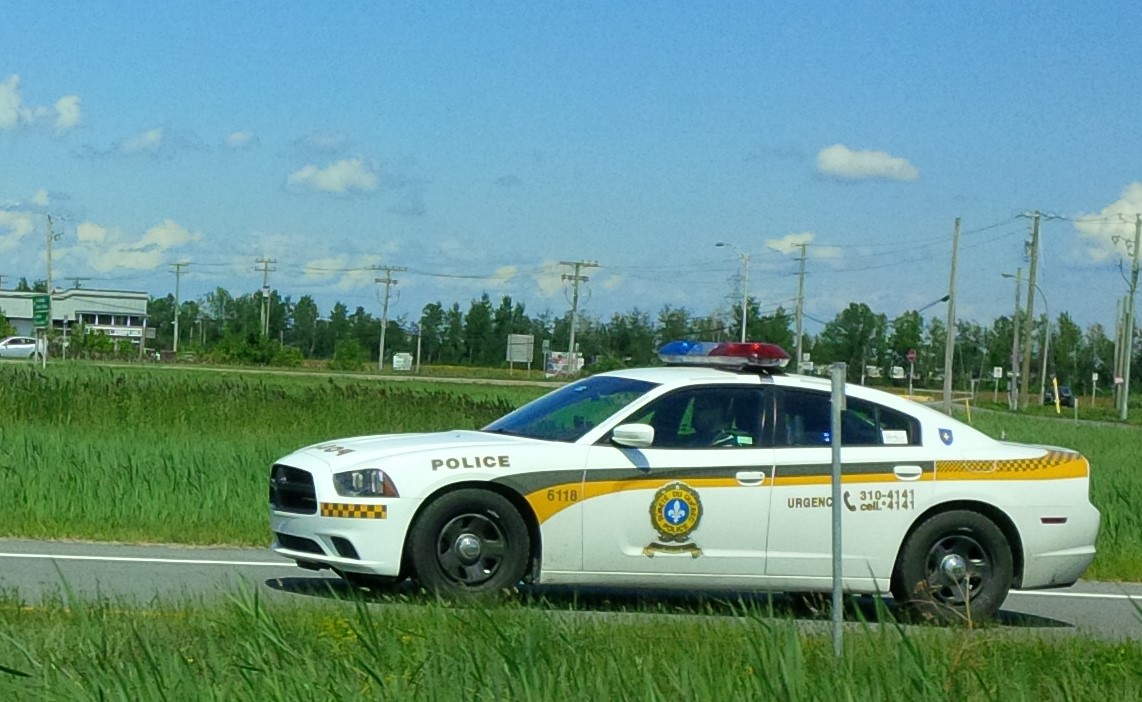 September was the deadliest month of 2021 in terms of police-involved deaths in so-called Canada. A dozen people were killed by police or died through police actions that month. This was one more than the 11 people killed by police in July.

At least three people were shot by police in September. There were at least three in-custody deaths, two in vehicular collisions, and four in undisclosed police actions. Sûreté du Québec (SQ) officers were involved in three deaths and Terrebonne police, also in Quebec, in two. Half of the dozen deaths were in Quebec.

The Bureau des enquêtes indépendantes (BEI) reports that the man who was in critical condition in hospital after being arrested on August 18 in Terrebonne, Quebec, died on September 1. According to the BEI, a call was made to Laval police (SPL), after a woman saw an individual “committing mischief” at her neighbor’s house around 11:30 AM. Some type of police vehicular pursuit followed. The BEI report that four officers from the Terrebonne Police Department arrested the man and while handcuffing him, he lost consciousness. No other details are available publicly. It has not been said what “committing mischief” means or what it involved.

A man who was in distress died during a police action in Rawdon, Quebec on September 1, 2021. According to the BEI, Sûreté du Québec (SQ) officers were called to a residence on 2nd Avenue in Rawdon regarding a family dispute at around 2:14 PM. They report that a 67-year-old man allegedly threatened to harm himself.

Police erected a perimeter at the residence and initiated a “filet operation.” It is reported that at around 6 PM, SQ officers entered the residence, and found the man deceased.

No other information is available publicly at this time. It has not been said whether mental health resources were made available at the scene or if health care providers were allowed to communicate with the man rather than police. There have been several cases of people in distress harming themselves when police are deployed against them. Police are not about health care and they increase stress for people already needing support and care, not a force of violence.

A 14-year-old died during a police vehicular pursuit in Aupaluk on September 3, 2021. The BEI report that Kativik Regional Police Force (CPRK) officers responded at around 11:00 PM to a complaint for excessive noise related to several ATVs in the village of Aupaluk. A CPRK officer arrived at the scene and located “four or five ATVs.” The ATVs allegedly fled, and the officer pursued with beacons activated on the police vehicle. At some point, the officer observed that two ATVs had collided. One occupant, aged 14, was reportedly seriously injured in the collision. He was later pronounced dead.

The driver of a motorcycle involved in a collision with a Toronto Police Service cruiser on September 3, 2021, died on September 4. The Special Investigations Unit (SIU) report that at around 5:35 PM on September 3, an officer in a marked police vehicle struck a man on a motorcycle at the intersection of College Street and University Avenue in Toronto. The man was taken to hospital in serious condition and died there.

A 49-year-old man died during a police action in rural Ottawa on September 7, 2021. According to the SIU, Ottawa Police Service officers responded to a call regarding a man in distress at Paden Road and Dwyer Hill Road at around 12:13 PM. The Ottawa Police Service tactical unit and “tactical paramedics” were dispatched and a tactical negotiator made contact with the man. At some point, “the man was located with critical injuries.” He was taken to hospital where he was pronounced dead.

No other details have been released publicly at this time. This appears to be another case in which someone in distress is left dead when police are deployed rather than proper health care supports.

Victoria Police Service officers shot and killed a man who has been described as in distress on the morning of September 12, 2021. The Independent Investigations Office (IIO) of BC is investigating. They report that Saanich police responded to a report regarding a man allegedly making threats with a weapon. Officers located the man near Douglas Street and Tolmie Avenue, near Mayfair Mall. Victoria police officers also showed up at the 3100-block of Douglas Street and reportedly engaged in some type of undisclosed negotiations with the man. At around 11:00 AM, an interaction of some sort occurred in which police shot the man. He was pronounced dead at the scene.

Police had said earlier on social media that they were trying to “de-escalate and negotiate with a person in crisis.” A witness told media that police were “negotiating with [the man], trying to calm him down. It kind of went up and down with his emotions.” Police have not confirmed the man was carrying a weapon, or what it was. A witness says the man had a knife. Nothing has been reported to suggest he was threatening any bystanders with it.

No other details have been released publicly. The nature of police actions prior to shooting the man have not been disclosed.

A man died in custody of RCMP in Thompson, Manitoba, after being arrested under the Intoxicated Persons Detention Act. The Independent Investigation Unit (IIU) is investigating the death. They report that the man was arrested at approximately 6 PM on September 13, 2021, and detained at the Thompson RCMP detachment. At around 11 PM, he was found unresponsive in his cell. He was transported to the Thompson General Hospital, where he died on September 14.

This is yet another person who has died after an intoxication arrest by police in Canada. Policing is not about health and wellbeing.

A man died during a police action in Grand-Remous during an intervention involving the Sûreté du Québec on September 14, 2021. The BEI report that at around 2:32 PM on September 14, a relative made a call to 911 regarding a 55-year-old man who was allegedly threatening to harm himself.

When the other officer arrived at the scene, he reportedly heard “a thud that could be likened to a gunshot.” The man was then allegedly found unconscious by the police. He was pronounced dead at the scene.

No other information has been made available publicly at this time. None of the claims made by police has been confirmed publicly.

There have been numerous cases in Canada of people killing themselves during or after communication with police. Policing is not about health or wellness.

A 53-year-old Chatham man died in police custody on September 15, 2021. They report that the man was arrested on September 8 after Chatham Kent Police Service officers were called to a convenience store on Charing Cross Road in Chatham, ON, for a report of “an unwanted man” at around 2:08 PM. The man was taken to the police station but was at some point transported to hospital because he was in distress. He was treated for serious injuries in hospital and died on the night of September 15.

Sault Ste. Marie Police Service officers shot and killed a 19-year-old man in the early morning of September 19, 2021. The Special Investigations Unit report that officers of the Sault Ste. Marie Police Service were dispatched to a residence on Pine Street North for a domestic situation at around 3:41 AM. It is alleged that an officer was shot at approximately 4:04 AM. Officers shot and struck the man who was pronounced dead at the scene.

A 62-year-old man in distress was allegedly found dead after an undisclosed tactical operation by Sûreté du Québec (SQ) officers in Terrebonne on September 27, 2021. The BEI report that at around 3:00 PM a person contacted 911, concerned about the wellbeing of a loved one, a 62-year-old man.

Officers from the City of Terrebonne Police Department reportedly went to a residence on Antonio Street and attempted “to get the man’s cooperation.” At around 6:23 PM the operation was turned over to the SQ who established a “filet operation,” or tactical containment around the residence.

It is reported that at some point around 9:06 PM, the man was found dead by the police. No other details are available publicly at this time. No explanation has been provided about what Terrebonne police did “to get the man’s cooperation” or what that cooperation would have consisted of. No details have been provided about the specific actions undertaken by police officers during the filet.

Sûreté du Québec (SQ) officers shot and killed a 44-year-old man in Ste-Adèle (north of Montreal) in the evening of September 30, 2021. The BEI report that provincial police were called to a chalet in the town in the Laurentians at around 9:50 PM and attempted to communicate with a man who was inside.

Police claim the man put his hand inside a backpack and a stun gun was used against him. Police claim the man took a handgun out of the bag and an officer opened fire, striking the man at least once. He was transported to hospital and was pronounced dead there. None of the police claims have been confirmed publicly.