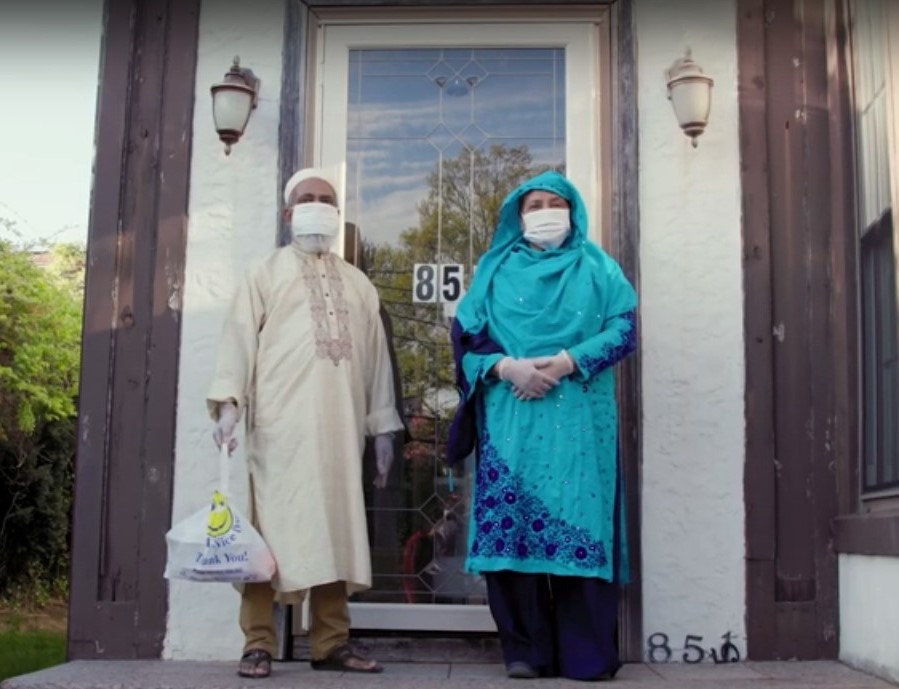 COVID’s impact has unjustly burdened communities of color. Due to both political rhetoric and conspiracy theories that have blamed Asian governments on “causing the virus”, Asian communities in North America have also suffered from subtle and overt racism.

“I’m not surprised at all,” Ignatius said, referring to anti-Asian racism. In Vancouver there have been multiple waves of chinese immigration, and news articles from the 1980s and 90s touch on yellow peril, xenophobia against Asian people.  “The difference between racial politics than here and the States, is that we like to pretend we are a multicultural society. It comes out in more subtle ways. In some ways the States can call what it is. We have civic leaders here afraid to use the terms race and racism.”

Vancouver's Racial and Ethnocultural Equity Advisory Committee has existed for different councils, and their name has changed through the decades, being referred to in  the 80s and 90s as the race relations committee. In this space, people in Vancouver have the opportunity to speak to the mayor about anti-Asian hate crimes, and organize roundtables and town halls.

People have started speaking up. At a virtual town hall on May 14th, hosted by a neighbourhood house located in a ethnoculturally-diverse neighbourhood, people talked about their fears of going outside. One participant shared their sentiment of being concerned about wearing a mask and drawing unwanted attention.

The Committee has called for race-based data collection, specifically around COVID, but in the hopes of extending to other areas. Canadians, in contrast to Americans, don’t generally collect data on ethnicity and rates of hate crimes or correlations with health problems. “We’ve been hearing about reports about disproportionate impacts on COVID for certain groups, but in Canada we don’t have a good idea of it. Only one province, Manitoba, is collecting this data. Ontario and Quebec announced plans to do so,” But explained.

The committee drafted a letter to call for data collection during COVID and post-pandemic to Vancouver’s mayor. The Council and the Province of BC showed their commitment to gather race data at the end of June.

There are also no options for reporting hate crimes in many areas. For example, if one calls the Vancouver police department via 911 there’s no option for hate crimes, and all the options are in English. Local race advocacy organizations developed a reporting tool to track incidences to  understand the scale of the problem in order to develop evidence-based interventions. “It’s reassuring to people in the community to track stuff. They feel ‘my experience is being reflected,’” But added.

Communities have also turned not only to politics but grass roots mobilization and art for activism. Vancouver’s strong Chinatown activist community offers hot meal and grocery delivery for seniors in Chinatown.  ACT2ENDRACISM, which has chapters in the US and Canada, has reporting tools. They are hoping to create videos by interviewing Asian activists on their experiences growing up in Canada, with a lens of COVID and race.

Local communities in Queens, New York, where there is long history of Asian immigrants, have also experienced a rise in activism and local support. Gurdwaras have organized around food aid, organizations like NY Legal Services have focused on helping communities with multilingual resources, and organizations like the Asian American Documentary Network commissioned a Covid-19 series.

Filmmaker Sarita Khurana shared, “It was an opportunity for me to respond to the Covid-19 crisis, and share a bit about what was happening in NYC in South Asian communities. I grew up in Queens, not too far from the epicenter of the pandemic in New York. I wanted to tell the stories of my neighborhood aunties and uncles who are now amongst the most vulnerable. I am inspired by the ways our communities continue to show up and take care of one another.” Khurana has been researching and developing a larger documentary about South Asian seniors, as South Asians are aging in large numbers and in unprecedented ways in the U.S.

“About a year and half ago, I had reached out to India Home, a social service organization that serves South Asian seniors throughout Queens, to hear about the work they are doing… When Covid hit, I reached out again... While most of their programming is now on Zoom (classes for seniors, etc), they also started this meal delivery program. When A-Doc put out their call, it just seemed like a good fit.” Khurana recounts in how she identified the community to film.

Recently there has been a tangible shift in North America and globally for a shift towards Black Lives Matter and defunding the police. In fact, many solidarity-building toolkits and webinars that had consortiums working onCOVID responses shifted, rightfully so, towards mobilizing against anti-Blackness. It’s unfortunate but often true that in times of oppression,  the deepest seeds of solidarity are sown.