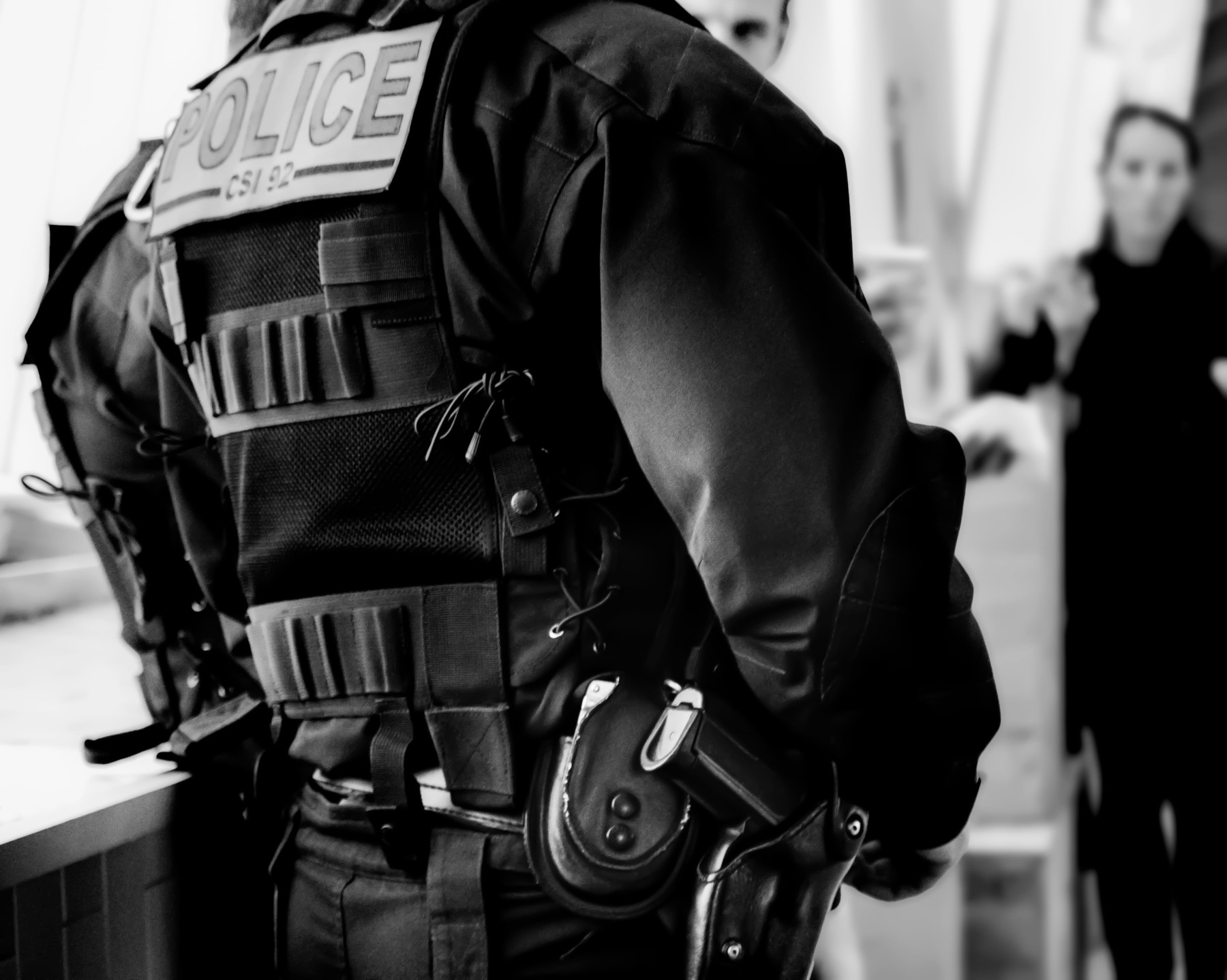 Is it possible that police harassment or intimidation could impel someone to kill themselves? Is it possible that police might communicate to a vulnerable person in such a way that the person might then take their own life? Could fear of a specific officer lead someone to kill themselves if that officer called to tell them of an impending arrest, or to chide or threaten them?

Much attention has rightly been given to the awful, often deadly, impacts that police have when deployed against people in distress. The mere presence of an armed force of violence in someone’s life can terrorize people already in crisis -- especially people subjected to regular, intensified police targeting and violence, especially racialized people.

There is a horrific litany of people in distress killed by police in Canada. Police are not about care, compassion, or wellness. That is not their function, purpose, or reason for being. They are not equipped to do it, nor can they be. And they should not do it. They are a force of repression, violence, and punishment. And that is their primary response when encountering people in crisis.

There is another aspect of harm done by police against people, many of whom are in distress for various reasons, which may be related to awful experiences with criminal justice systems. In Canada, over the last few years, there have been a striking number of people who have taken their own lives immediately following interactions with or contacts by police (often carried out by cops over days).

Police oversight agencies will not address these issues and will not even continue investigations if a police officer was not present at the specific time of death. But this misses the point in many ways.

These questions about the role of police as a catalyst towards self-harm needed to be raised after a 43-year-old Smith Falls, Ontario, man killed himself on June 3, 2017, after a Rideau Lakes Ontario Provincial Police (OPP) officer called to tell him that he was facing charges and told him he should turn himself in. Unfortunately, the then-head of the Special Investigations Unit (SIU) in Ontario, Tony Loparco, decided to terminate the investigation into the man’s death. That investigation had three SIU and two forensics investigators starting work. In an SIU media release, Loparco is quoted as saying:

“A post-mortem examination confirmed that the man died as a result of complications from a gunshot to the chest. When the man shot himself, no police officer was present. As such, there being no evidence that any police officer was responsible for the man’s death, this investigation has been terminated.”

This conclusion might be satisfying for police, their promoters, and copagandists everywhere but it does not address the key, pressing questions. Did the officer’s communication with the man contribute to his shooting himself? Did they mock or demean him? No officer needed to be present if intimidation, harassment, or threats led the man to despair. By terminating the investigation Loparco has ensured that these questions will not be properly pursued to real answers. Loparco has appeared quite friendly to police and drawn criticism from families of victims of police violence during his tenure.

The SIU has investigated the circumstances surrounding the death of a man on March 20, 2021, in Orangeville, Ontario. Preliminary information suggests the following:

On the night of March 19, 2021, the Ontario Provincial Police was made aware of an altercation that had occurred between two individuals at a residence on Wellington Crescent in Orangeville. As a result, officers were dispatched to the residence, and attempts were made to negotiated with a 54-year-old man who was inside the residence. Just before 10 am on March 20, 2021, officers entered the home and located the man in the basement. He had sustained a fatal gunshot wound. It has not been concluded that any police-issued firearm was discharged.

On January 4, Moses Demian, a 24-year-old racialized man, died by apparent suicide in Durham Region. The death occurred within 48 hours of Mr. Demian being arrested by Toronto Police in Scarborough under the Reopening Ontario Act. He was confronted by officers in 42 division and was arrested after allegedly not providing his name and arguing with officers. Mr. Demian claimed he had been struck. His family says police treated him brutally. Someone allegedly posted video of Mr. Demian’s arrest, against his wishes.

“On Saturday, January 2, 2021, at approximately 9:40 pm, the Toronto Police Service received calls from the public reporting a large gathering of individuals in the area of Midland Avenue and Finch Avenue East. Officers arrived to find a gathering of approximately 50 people and cars gathered in contravention of the Reopening Ontario Act. Some members of this large gathering refused to disperse and did not comply with the officers’ orders, resulting in one person being criminally charged with Obstruct Police."

A gofundme has been set up to support Moses Demian’s family.

The SIU has also investigated the December 4, 2020 death of a 32-year-old man in St. Catharines. The Niagara Regional Police Service (NRPS) brought the incident to the SIU’s attention on December 16, 2020. Preliminary information suggests the following:

At approximately 10 pm on December 4, 2020, an assist ambulance call came in and NRPS officers were dispatched to the area of Frank Street and Gale Crescent. Soon after arriving in the area, officers observed a man hanging from a tree. He was pronounced deceased at the scene.

There is no indication police were with the man when he died. However, given the reported nature of multiple interactions the police had with the man in the hours before his death, and their proximity to the incident in question, the SIU has opened a file in the matter. Three investigators have been assigned to the case.

There are many reasons that someone might take their own life and this is not to attribute it to policing alone. But at the same time, we must at least pay attention to what is happening and start to ask some serious questions about it.

Many of us have experiences of anxiety and stress created by contacts from or interactions with state agencies, public officials, or medical professionals, even where these are less punitive or aggressive or pose no immediate lethal threat. So we can empathize with the intensified pressures caused by contact, especially multiple contacts, from police and the very material threat they pose. And we can perceive how this might impact us disastrously.

Once again, police are not about care. We need to develop resources that can offer supports for personal and community health, safety, and wellbeing. As communities and movements have long said, we need care, not cops.