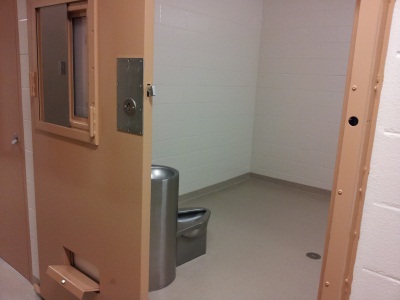 This past year has seen a perhaps unprecedented movement focusing attention on police killings in Canada. Much has rightly been said about overt forms of lethal police violence, especially police shootings. Yet other forms of police lethality have received less attention. And many occur well out of public view, in the corridors of police stations themselves.

The number of cases of people being arrested for intoxication and dying in police custody in Canada might surprise people. This is an overlooked cause of police involved deaths in Canada. Like other deaths related to criminalization of personal consumption practices it renders moral regulation as capital punishment. It is an undeclared war on (other) drugs. And it draws on some of the worst tropes, stereotypes, and frameworks of settler colonial capitalism in Canada.

My own longstanding research documenting Canadian police killings shows the large numbers of people who die in police custody each year. In many areas (northern British Columbia, for example) a trip to the RCMP detachment can be a death sentence. Too many people taken into custody, particularly in northern detachments, do not leave again alive. Disconcertingly, many of the people arrested and detained in northern communities are targeted and picked up for nothing more than public intoxication. Disproportionately, arrest and detention for public intoxication are imposed on poor people and Indigenous people at discretion of police.

Perhaps the most infamous case was the 1998 death of Frank Paul, a 48-year-old Mi'kmaq man, who was arrested by Vancouver Police Department Constable David Instant for being drunk in a public place. Instant took Paul into custody, but Sergeant Russell Sanderson ordered Instant to throw him out. Instant dumped an unconscious and soaking wet Paul in an alley where he froze to death.

A 44-year-old woman died in RCMP custody following her arrest in Thompson, Manitoba, on February 1, 2020. According to the Independent Investigation Unit (IIU), the oversight agency in Manitoba, Thompson RCMP responded to a call regarding an intoxicated person on the night of February 1 and arrested a woman. The IIU claims that she was detained in a cell after being medically cleared. The agency reports that the woman was conscious and breathing when she was checked at 10:49 PM but was found unresponsive less than an hour later. She was pronounced dead by paramedics.

A man died after being pepper sprayed, beaten with batons, and tased by RCMP in the resort town of Whistler, British Columbia. According to the Independent Investigations Office of BC (IIO), the oversight agency in BC, RCMP claim they were called to Whistler Village around 11 AM in response to a call about an “intoxicated man.” Police deployed both pepper spray and a “conducted energy weapon” against the man, as well as beating him with batons. The victim then went into medical distress and later died.

The IIO also investigated the death of an unidentified man who was taken into RCMP custody in Kitimat. The IIO reports that the man “fell a number of times” after being taken into police custody. He had been arrested on May 30 on reports of “an intoxicated man” near the City Centre Mall. He died on June 1. According to the IIO, the man was detained by police and transported to hospital after falling, before he was released on the morning of May 31. The IIO reports that the man fell again on May 31, while not in police custody. On June 1 he “was found to be suffering serious injuries while in hospital and passed away later that day.”

A man died in Edmonton police custody only a few hours after being arrested in the early morning of June 24, 2020. The Alberta Serious Incident Response Team (ASIRT) reported that the man was arrested for “public intoxication” after police responded to a call at a gas station near 51st Avenue and 122nd Street in the Lansdowne neighborhood at around 4 AM. Police claim the man “appeared to be on drugs” so it appears that this is another drug war death based on assumptions about appearance. The man was arrested and taken to the Southwest Division station in Windermere. At around 7 AM, the victim was found unresponsive in his holding cell. He was pronounced dead at the scene. A spokesperson for Edmonton Police Service said publicly that details could not be provided about how often the man was checked while he was detained in the holding cell.

A 45-year-old man died in a jail cell on August 28, 2020, after being arrested by Kativik Regional Police in Inukjuak in northern Quebec. The Bureau des enquetes independantes (Bureau of Independent Investigations, BEI) reports that police were called about a man who was allegedly intoxicated. According to the BEI, a man was arrested and detained in a jail cell at around 2:45 PM. Almost two hours later he was found without a pulse. The victim was taken to hospital where he was declared dead.

A 59-year-old man died in custody of the Ponoka (Alberta) RCMP on September 11, 2020. ASIRT reports that the man was taken into custody for being intoxicated in a public place. He was detained in a cell at the Ponoka RCMP detachment that night. At about 5:50 AM the next morning, police claim, the man fell in his cell, but was responsive. At around 7 AM, the man failed to wake up and he was unresponsive when officers entered his cell. He was transported to Red Deer Regional Hospital where it was determined that the man had suffered a significant head injury. At approximately 9 AM, he was pronounced dead. ASIRT also report that RCMP had engaged with the same man on September 9, when he was also transported to Red Deer Regional Hospital, where he was examined, given a CT scan, and released.

Not Drunk, Having a Stroke: Paul Kayuryuk’s Death

Racism is, of course, a systemic feature of policing in colonial capitalist states. This includes assumptions about morality and about personal behaviour (deviance) or character, as projected by the state on colonized people and communities.

Between July 24 and July 27, 2017, a coroner’s inquest in Baker Lake, Nunavut, examined the death in jail of Paul Kayuryuk in October 2012 and concluded that police must “challenge assumptions” about intoxication in Indigenous communities. This after necessary medical attention was not provided Kayuryuk after RCMP jailed the man, who was having a stroke, on the assumption that he was drunk.

RCMP took Kayuryuk into custody after he was found unconscious at the landfill in Baker Lake.  Kayuryuk was observed overnight by three different guards and remained unconscious. It was only at midday the following day that a medical examination was ordered as a result of information received from the family. Kayuryuk was diabetic and the doctor and nurses at the local health center determined that he was experiencing a serious stroke. He was medivacked to Winnipeg but died there two weeks later from complications from the stroke.

Six jurors made 17 recommendations. Among them: Cultural sensitivity training for officers and providing prisoners access to Inuktitut translators;  Seeking family insights and acting on the side of health care rather than presumed intoxication when in doubt.

The inquest into Paul Kayuryuk’s death is one of several to examine harm to Indigenous people by police with implications of racism and racist stereotyping of people seeking or in need of medical care. As for other such inquests, police are under no obligation to observe the findings or follow the recommendations. Not that it would matter. Training cannot change the very nature of policing.

Police and criminal justice systems more broadly in Canada disproportionately target Indigenous people and disproportionately target them for violence. Criminal justice systems, including police forces, were founded as instruments of settler colonialism, occupation, dispossession, and displacement and this must always be front and center in discussions of policing in the country.