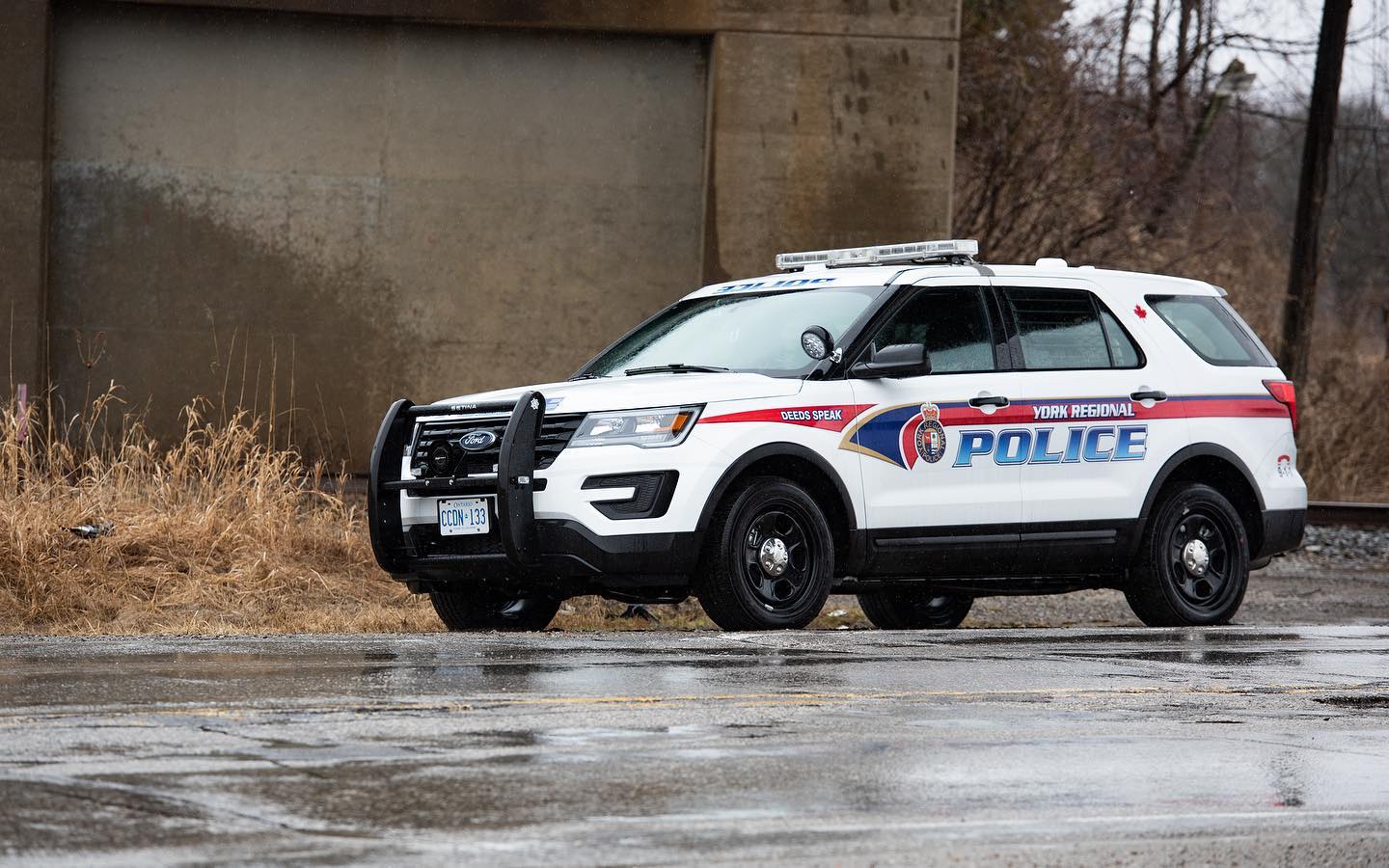 Car chases are a staple of action flicks (and the copaganda glorification of cops) over generations of movie making. Some movies are remembered and talked about for their car chases. Bullit with Steve McQueen, The French Connection and Gene Hackman’s Popeye Doyle, Clint Eastwood’s (Dirty Harry) Dead Pool (if ironically).

Yet police car chases, and speeding to scenes, are often deadly, including in the Canadian context. Each year several people, often uninvolved pedestrians, are killed when cops decide to throw caution to the wind and put the pedal to the metal.

In the first month of 2021, a man died from injuries received in a car crash after a police pursuit in Morden, Manitoba. The Independent Investigation Unit of Manitoba (IIU) reports that an officer of Morden Police Service tried to stop a vehicle at around midnight. The vehicle allegedly sped away, and the officer pursued it, later finding it flipped over on its side in a field. The driver and passenger were outside the vehicle. Both were transported to hospital, where the passenger died.

High speed police chases are known to be dangerous and deadly. Yet police continue to engage in them even where the fleeing person is only suspected of harmless or minimally harmful activity. And people continue to be killed as a result. McQueen and Hackman might be cool—cops are not.

Killed For?: Chases Are Often Undertaken for Senseless Reasons

Much of the time people are killed in police chases for which there is no sensible reason. Often, the reasons police initiate chases are trivial—if the outcomes are certainly not.

On March 8, 2012, Constable Chris Luimes crashed into a car driven by 84-year-old Annie Waldren while speeding to a non-emergency call, killing the Edmonton woman. Luimes was driving at almost 120 kilometers per hour at the time of the collision.

On July 19, 2018, a 63-year-old man was killed during a police chase in Trois-Rivières, Quebec. Initial reports suggest that the incident occurred around noon as the car that the victim was riding in was hit by a vehicle driven by someone in a high-speed pursuit by police. According to Quebec’s bureau of independent investigations (Bureau des enquêtes indépendantes, BEI), the chase started during a police crackdown on people not wearing seat belts and involved police pursuing a vehicle with an expired license plate. For that police were willing to throw all care to the wind—and a person was killed as a result.

A police chase in Sorel-Tracy, Quebec, ended with the death of a 20-year-old man on the morning of October 30, 2018. Quebec’s BEI claims that initial information suggests the 20-year-old driver of a vehicle being chased by Quebec provincial police (Sûreté du Québec, SQ) crashed into a parked vehicle. The young man was killed in the impact of the crash. The BEI reports that the chase started when police tried to pull the SUV driver over because of an alleged traffic violation. The SQ decided to initiate a pursuit even though they are known to put lives at risk and even though the initial interaction was over only a traffic violation.

A 24-year-old woman was killed in a car crash following multiple pursuits by RCMP near Red Deer, Alberta on July 31, 2019. According to the Alberta Serious Incident Response Team (ASIRT), police were called at about 12:35 PM in response to reports of gunshots in the town of Blackfalds, about 15 kilometers north of Red Deer. Locating a described vehicle, police allegedly made at least three attempts to pursue it before it was struck by a pickup truck eastbound on Highway 11. The truck driver was treated on the scene for minor injuries. The 24-year-old woman passenger in the Mustang was taken to Red Deer Regional Hospital, where she later died. The drive of the pursued vehicle, a 27-year-old man, was airlifted to a hospital in Edmonton.

Speeding to stop speeding is a particular cop logic. A 21-year-old man died in a crash during a police chase in Brantford, Ontario, in the early morning of August 29, 2020. According to the Special Investigations Unit (SIU) a Brantford police officer attempted to stop two vehicles that were allegedly speeding at around 3:00 AM. The SIU reports that a Brant OPP (Ontario Provincial Police) officer engaged one vehicle in pursuit soon after, losing sight of it before it was spotted by a Brantford police officer who continued pursuit. Soon afterwards the vehicle crashed through the railing of a bridge across Canadian National Railway tracks at Brant Avenue and Ava Road. The vehicle landed on its roof on the roadway below and burst into flames. The 21-year-old driver was pronounced dead at the scene.

A man died in a collision following an attempted traffic stop by RCMP in Enderby, British Columbia, on August 30, 2020. The Independent Investigations Office (IIO) of BC reports that the RCMP received several calls regarding a motorcyclist without a helmet travelling north on Highway 97 in the Vernon area at around 11 AM. The motorcyclist was observed by an officer in Enderby who attempted a traffic stop. Shortly following the attempted stop, the motorcycle was involved in a collision with another vehicle on Highway 97 at Springbend Road. The rider was taken to hospital with serious injuries. On August 31, the IIO was notified that the victim had died in hospital.

Not Following Their Own Rules?

Two people, a 36-year-old man and a 62-year-old woman were killed in a six-car crash following a police pursuit on July 7, 2019 on Highway 417 near Ottawa. Officers of the Ottawa Police Service and the Ontario Provincial Police (OPP) had initiated pursuit of a vehicle driven by the 36-year-old victim.

The SIU reports that the crash incident was initiated with a call from a man reporting that his daughter had been abused by a family friend at a Kanata hotel. This means the identity of the alleged suspect was known and under Ontario rules a police pursuit should not have been undertaken (where a suspect’s identity is known).

According to Ottawa defense lawyer Lawrence Greenspon, the main job for the SIU is to determine why the pursuit was launched given the identity of the suspect was known to police. While rules govern when a suspect should be pursued, Greenspon notes that too often those regulations are not followed. He outlines the too regular script followed by police:

“Every time there’s a crash like this it’s the same story: ‘We started the pursuit and it was stopped before the fatal collision took place.’ The big question here that needs to be answered is: Why were they chasing him in the first place? If they knew his identity, why start chasing him?”

In Ottawa, the police service’s policy “requires that officers only engage in a pursuit if they believe a crime has been committed and if there’s no alternative for apprehending a suspect who poses a threat to public safety.”

The cases of police killings in vehicular crashes that have received the most public attention in the Canadian context are the killings of Nicholas Thorne-Belance and Natasha “Carla” Abogado. These are also two of the very rare cases in which killer cops were sent to trial.

Patrick Ouellet of the Sûreté du Québec killed five-year-old Nicholas Thorne-Belance in February 2014. Ouellet was driving an unmarked police cruiser at more than 100 km/h in a 50 km/h zone in Saint-Hubert, when he smashed into the side of the car carrying Nicholas, his sister and his father.

Ouellet was sentenced to eight months in jail for killing Nicholas Thorne-Belance. The officer had been found guilty of dangerous driving causing death in July 2018.  Quebec court Judge Éric Simard handed down the sentence on November 18 at the Longueuil courthouse. In addition to the eight-month sentence, Ouellet was also banned from driving for 20 months.

Crown lawyer Geneviève Langlois said the sentence was intended to make a statement: “The incarceration sends a clear message to the police community regarding the criminal behavior adopted by police officers in the course of their duties.” This is a curious claim, given the shortness of the sentence and the fact that initially the Crown did not even press charges against Ouellet. At the time they said that speeding was not a sufficient reason to lay charges.

It was only after immense public outcry that the case was examined closely, and charges brought forward. Then-justice minister Stephanie Vallée appointed a panel of independent prosecutors, including a retired judge, to look at the case. Ouellet was only charged in May 2015, more than a year after the crash.

On February 12, 2014, York Regional Detective Remo Romano struck and killed 18-year-old pedestrian Natasha “Carla” Abogado while driving at speeds of 115 km/h in a 60 km/h zone on a busy Toronto street. Detective Romano struck Abogado while she was crossing mid-block to her family’s home on the south side of St. Clair Avenue East, on her way home from a part-time job. Romano was speeding eastward on St. Clair Ave. E., trying to catch up with other police surveillance members of Project Litterbox, a YRP surveillance investigation into a series of non-violent commercial break-ins where around $500,000 in cosmetics and perfumes had been stolen. He was driving an unmarked truck with no sirens or flashing lights. Romano was trying to catch up to the other officers because he had been at the station retrieving another officer’s firearm that had been forgotten in a desk drawer.

According to the opening statement by Crown attorney Rebecca Schwartz, Romano was driving 115 km/hr in a 60 km/hr zone near a seniors’ health center. Detective William Newton, who travelled in a police vehicle behind Romano, stated that no arrests were imminent as they sped along the busy avenue. He said that Romano was simply “trying to catch up to the action.”

Witness Dorota Taylor saw two police vehicles speed past her. In her testimony: “I thought they were racing because of how close they were to each other and the speed that they were going.”

The jury was told that a senior collision reconstructionist from the Special Investigations Unit, the agency that examines cases of police harm to civilians in Ontario, will testify that if Romano had been doing even 80 km/hr that night (instead of nearly twice the legal limit) he would have been able to avoid hitting Abogado.

We need to remember that killer cop Romano was speeding at twice the legal limit with no lights or sirens to catch up with surveillance team members who were working on a case protecting wealth for private companies, not responding to any immediate threat (and certainly no violent one) to the public. He simply wanted to be part of “the action.” And he killed Natasha Abogado to do so.

January 17, 2018, found Romano on trial for the third time for the killing. His first trial in May 2016 ended in a mistrial when the jury could not reach a verdict. He was acquitted in a second trial later that year, but the Ontario Court of Appeal ordered a retrial based on flaw’s in the trial judge’s charge to the jury. Following the third trial Remo Romano was sentenced to eight months in jail

There are many ways in which police kill. Some, like shootings, are obvious and more widely reported. Police chase killings receive less attention. Some might be surprised at their frequency and nature. Yet, each year vehicle chases are among the most common causes of death at the hands of police. And this must be ended on the way to ending all policing.