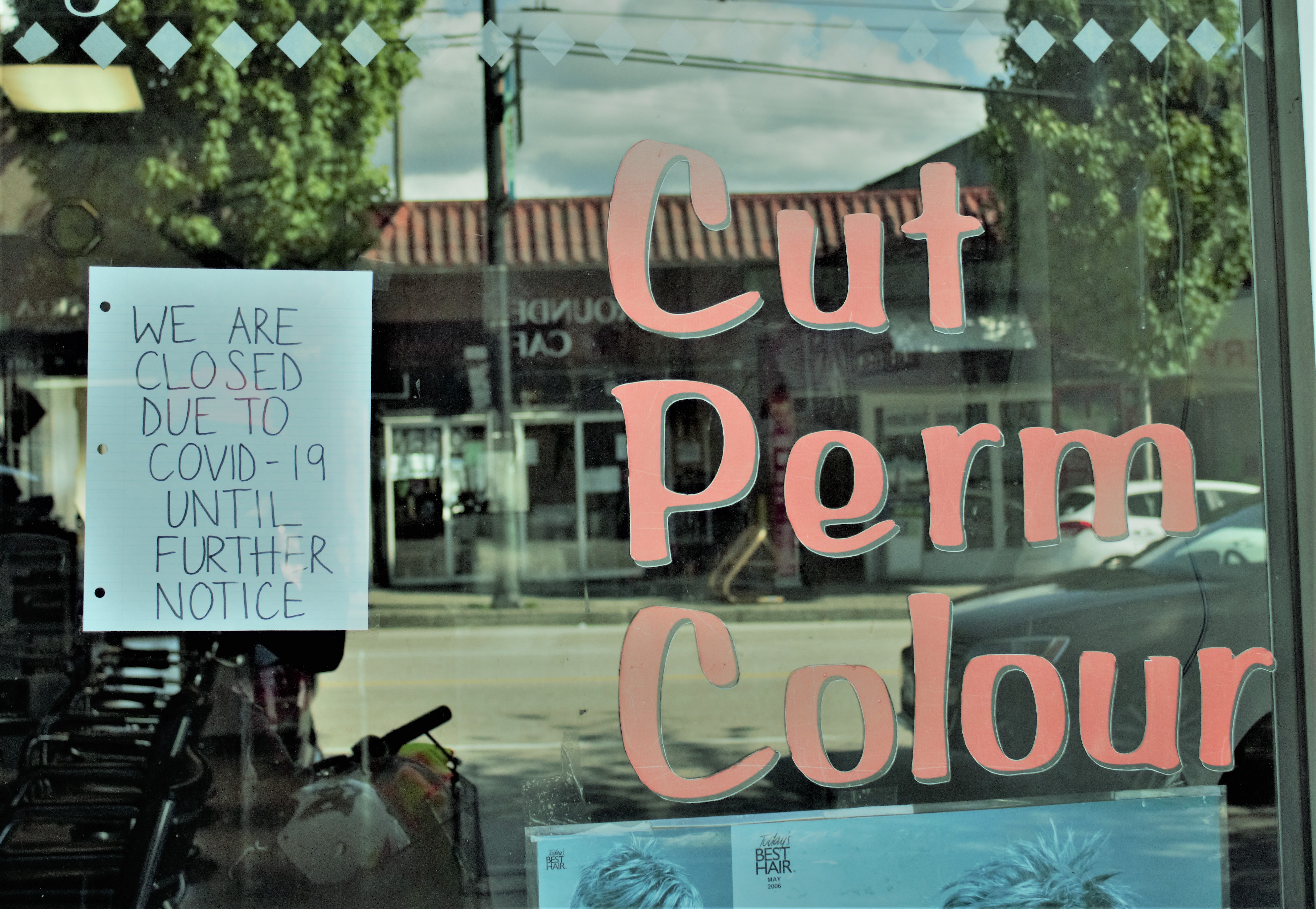 Unceded Territories (BC) - After Victoria Day long weekend, Canada is facing a new COVID-19 phase: the easing and lifting of some pandemic- restrictions.

Many changes and new restrictions are also anticipated. Some changes patrons can expect are plexiglass shields, social-distancing protocols including in seating and dining, packing their own left-over food, no buffets or self-serve counters, and “by-appointment only” services, to mention a few.

Imposed by many countries globally on the advice of the World Health Organization (WHO), the lockdowns are precautionary measures meant to minimize spread of COVID-19

With no cure or successful vaccine yet developed for COVID-19, the lockdown is precautionary to flatten the spread of the coronavirus, to avoid risks of outbreaks in massive casualty numbers, thus to not overwhelm the hospitals, funeral homes, and graveyards.

However, lockdowns do not guarantee Canada is protected from the probability of an outbreak.

Therefore the question remains, is Canada prepared? Has Canada deliberately planned how to minimize COVID-19 casualties, knowing that there remains no cure for COVID-19 and outbreaks are possible? Have we deliberately studied the patterns which have shown happen to other countries, like Japan and South Korea, whose restrictions were lifted early and then faced out-of-control waves of outbreaks?

In Canada, There Are Still New COVID-19 Cases and Deaths Being Reported

Also as of yesterday, the World Health Organization (WHO) reported 4.5 million confirmed cases of COVID-19, and over 300,000 confirmed COVID-19 deaths worldwide.

In B.C., Provincial Health Officer Dr. Bonnie Henry announced 21 new cases of the virus on Saturday, May 16. Despite this fact, the province remains preparing to enter the Phase 2 of its economic reopening plan following the Victoria Day long weekend. Dr. Henry also gives the OK to date “in person”, but not “rapid serial dating”, and advises to be smart about it.

In Ontario, ahead of Victoria Day, outdoor recreational activities and many individual sport competitions got the green light, including golf courses, marinas and private parks which were allowed to open Saturday, May 16, despite the Friday, May 15 report of 345 new COVID-19 cases in the province. On Tuesday, May 19, physical distancing measures and restrictions will still be part of Ontario’s first stage of economic recovery, including resuming construction projects.

In Quebec, public health authorities announced 763 more COVID-19 confirmed cases and 82 more COVID-19 deaths, on Sunday, May 17. Noteworthy, Quebec began reopening retail stores, elementary schools and daycares, but Premier Francois Legault announced Thursday May 14 that schools in Montreal will only open again in the fall, and daycares are closed until June 1. Quebec remains the hardest-hit COVID-19 region in Canada, with the total number of deaths due to the coronavirus reaching 3,483 and 42,183 confirmed cases, as of Sunday.

Even after B.C. Provincial Health Officer Dr. Bonnie Henry announced on May 7 the province is in Phase 1 of reopening, anti-lockdown protesters remained unhappy with the pandemic lockdown and restrictions. Anti-lockdown supporters have been blocking traffic, have been violating social distancing protocols, have berated frontline healthcare workers and security guards, chanting taunts at them, and have blocked a hospital entrance and an ambulance.

More vicious than COVID-19, these “pro-infection protesters” have crossed many Lines

On May 9, the anti-lockdown supporters were reported also occupying, in gatherings not practicing social-distancing, outside of the Manitoba Legislature Building. Anti-lockdown protesters have also occupied public parks in Toronto, and were reportedly seen at Queens Park earlier in May with about 100 people gathered and carrying signs calling for Premier Doug Ford to reopen the Ontario economy and that self-isolating was against their “freedom of choice.”

A despicable March 13 video of a white man grabbing a 92-year old Asian elderly by the arm in a convenience store in Vancouver. A racist April 2 vandalism targeting Asians defaced the historical Chinese Cultural Centre. An unprovoked April 12 assault against a young Asian woman waiting at a bus stop near Granville and West Pender in downtown Vancouver. A wrestling and scalp-damaging April 15 attack against a woman defending two Asians on a bus in east Vancouver. A young woman punched in the face several times on the Skytrain on April 25. A woman and her mother walking when two men inside a parked car near reportedly yelled racial slurs and told them to “go back to China.”. These are some of the Anti-Asian incidents in Metro Vancouver reported in recent months linked to COVID-19. The list can unfortunately go on, as threats of Anti-Asian racism in Canada worsen.

Amidst COVID-19 pandemic, threats to indigenous communities in Canada continue. On February 10, the RCMP raided the Unistʼotʼen Camp in Northern BC. Meanwhile, adding to the environmental threat of the pipeline being built in Western Canada is that workers have not been practicing social distancing since the pandemic began, thus risking many remote communities with nearby man-camps and workplaces.

Reports also lead us to the checkpoints which indigenous communities built to protect their elders, land, communities, and territories from the spread of COVID-19. Unsurprisingly, Indigenous peoples have faced racist slurs and aggression for this. The ongoing investigation of the April 19, 2020 attack by four Caucasian men on the Tiny House Warriors village in Blue River, BC also is a reported assault against many unceded territories.

Dakota Holmes, an Indigenous woman, is the latest victim of a racist attack driven by the COVID-19 pandemic when she got punched as she was walking her dog in Gray’s Park in Vancouver. When a man nearby assumed Holmes was Asian and heard her sneeze, he approached Holmes and punched her in the face, yelling racial slurs at her.

Indeed, racism is a very big safety concern linked to COVID-19 that many of our communities endure we grapple with the COVID-19 pandemic in the 21st century.