The Failed Invasion of Venezuela, and the American and Canadian Connections

The Failed Invasion of Venezuela, and the American and Canadian Connections

"There are no barriers that [Juan Guaidó] cannot climb." -- Canada's Foreign Affairs Minister François-Philippe Champagne in January
by
Fernando Arce 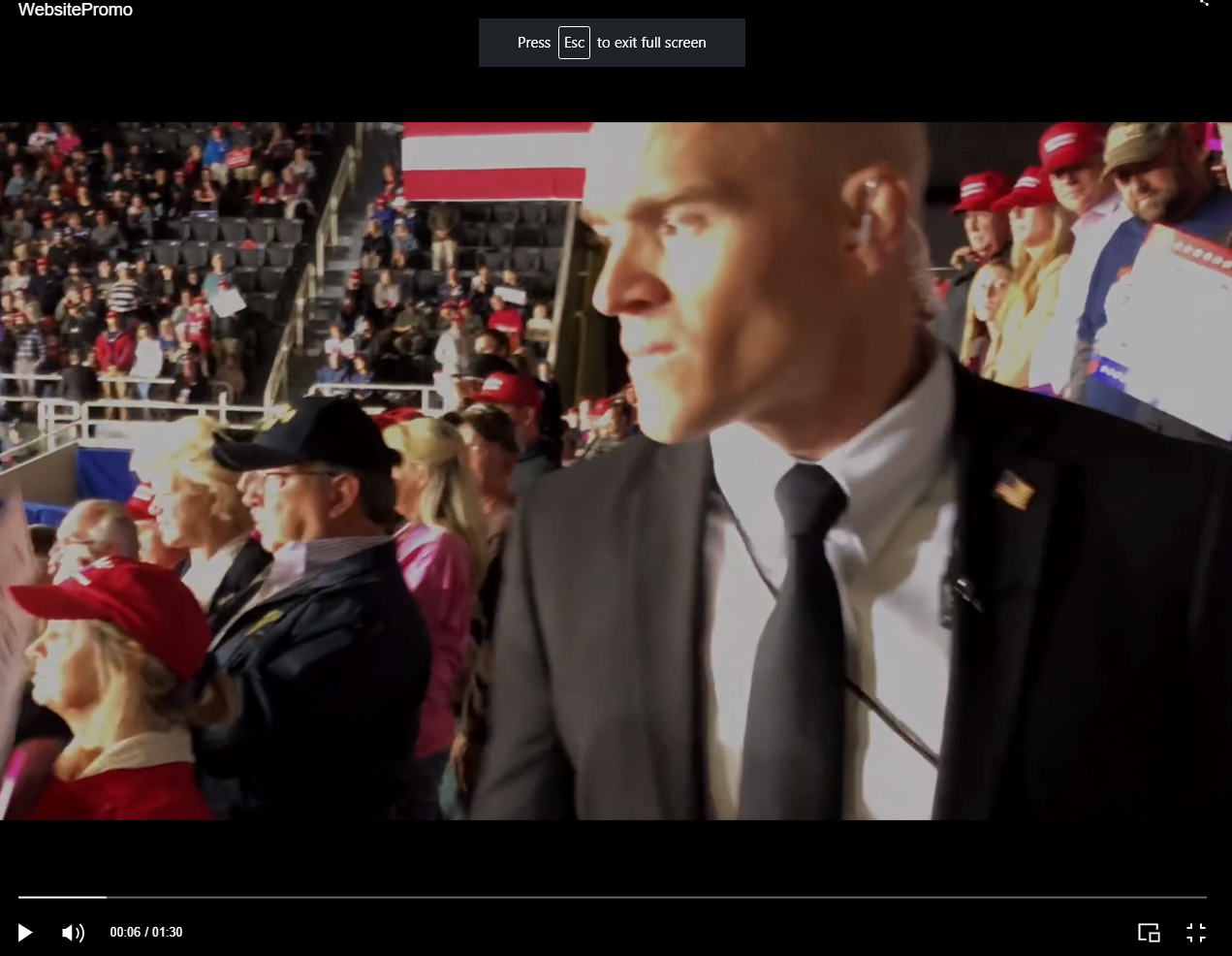 American citizen Luke Alexander Denman described his involvement in a failed attempt to overthrow the Venzuelan government in a 10-minute video released on Venezuela’s official state channel, VTV. In English, Denman answers questions about the failed attack and implicates the US president, a private American security company named Silvercorp USA, and Juan Guaidó, the Venezuelan opposition leader who arbitrarily declared himself interim president of Venezuela in 2019. Around 60 nations, including Canada and the US, recognize Guaidó as the official Venezuelan president.

“My responsibilities to Silvercorp are written in a contract -- or described in a contract -- signed by Jordan Goudreau, Juan (Jose) Rendón  and Juan Guaidó,” says the man while holding up what appears to be a signed contract. Goudreau is the founder of Silvercorp USA, and Rendón is Guaidó’s political strategist.

At one point in the video, when asked who commands Goudreau, the founder of Silvercorp USA, Denman answers: “President Donald Trump.”

Denman says he was expecting between $50,000 to $100,000 in payment in exchange for helping to train others in Colombia. The weapons and uniforms were provided by Goudreau “through Silvercorp,” he said.

Though Guaidó has so far denied involvement, on Wednesday, May 5th, the Washington Post published a copy of a $212.9-million-agreement signed by Guaidó, Goudreau and Rendón, dated October 16, 2019.

A separate Associated Press investigation furthermore revealed that while there was no evidence of US government involvement, the “leaders of Venezuela’s US-backed opposition knew of the covert force, even if they dismissed its prospects.”

The first attack happened in the early hours of Sunday, May 3rd, when about 60 armed mercenaries traveling in speedboats from Colombia were caught by Venezuealan authorities near the port city of La Guaira, just north of Caracas.

Denman was caught along with a second US citizen, Airan Berry, during a second failed attack the following day. They were arrested by Venezuelan security forces while attempting to make an amphibious landing near Aragua state.

At least six members of the invading crew were killed in the process.

Following the first attacks on Sunday, Goudreau, who was born and raised in Canada, laid claim to the foiled attack over social media and through an interview with a right-wing Venezuelan journalist based in Miami, where most of the Venezuelan opposition is stationed.

According to him, the plan was to enter the socialist Caribbean country and kidnap democratically elected President Nicolas Maduro along with other key political figures, and then fly them to the US.

The two American citizens captured, Denman and Berry, are US veterans who had served with Goudreau in the past. The rest are Venezuelan nationals and army deserters, including a former National Guard captain and the son of an ex-defense minister who was sentenced to eight years' imprisonment on corruption charges in 2009.

By Thursday, May 7, 23 arrests had been made, according to an announcement by the Vice President of Communication, Tourism and Culture Jorge Rodriguez.

Guaidó has been at the helm of the insurrectionist opposition to Maduro’s socialist government since the 2018 presidential elections. Shortly after declaring himself president of Venezuela in January 2019, despite having virtual anonymity among the Venezuelan citizenry, Guaidó was embraced by nations actively engaged in destabilizing the Maduro government, including Canada.

While Canada’s destabilizing efforts date back to the days of former Conservative Prime Minister Stephen Harper, it was in 2017 that it formally joined the so-called Lima Group to actively plan and strategize the removal of Maduro from office. By 2019, Canada had become one of the main nations working behind the curtains to unite the Venezuelan opposition under Guaidó. Canada recognizes Guaidó as the president of Venezuela.

The Lima Group is made up of 12 nations that have vested interests in Venezuela’s natural resources, namely its oil reserves. The group seeks to have the reserves, the third largest in the world, traded in capitalist markets.

Since the late socialist Venezuelan Commander and President Hugo Chavez took office in 2002, the government has controlled the oil industry, using its revenues to finance massive social programs that have brought millions of Venezuelans out of poverty. But as international oil prices have dropped in recent years, economic hardship and poverty have once again hit the nation hard.

The $212.9 million contract for the invasion operation would have been paid “from future exports of Venezuelan oil under a Guaidó government,” according to Wednesday’s Washington Post report confirming the existence of the agreement. The plan also involved the securing of “key oil facilities and strategic buildings.”

In January, Guaidó met with Canadian Foreign Affairs Minister Francois-Philippe Champagne. They discussed ways to “reinvigorate” an attack and to topple Maduro and the Venezuelan socialist government in order to officially usurp power, according to a CBC News report.

Last year, when Canada hosted the Lima Group (and barred journalists from leftist outlets), it issued a final declaration in which it called on the military to defect and to support Guaidó instead.

As mentioned above, the mercenaries caught during Sunday’s and Monday’s failed raids were mostly all mutinous former army defectors and Guaidó loyalists.

In response to the Media Co-op's interview request and specific questions on the matter, Global Affairs Canada sent a short email stating “Canada is aware of reports of developments in Venezuela and is following the situation closely,” and that "Canada is committed to working with its partners around the world to ensure a peaceful transition."

A follow-up email was sent by the Media Co-op pressing for more details on whether Canada would rethink its relationship with Mr. Guaidó given evidence of his involvement, and about how much Canada knew of the attack. No answer was provided before press time.

US President Donald Trump has taken to Twitter to deny any connection to the failed attack, as has Guaidó through his representatives.

On Wednesday, however, US Secretary of State Mike Pompeo told reporters that “there was no US direct involvement in” the operation, sowing confusion over whether he meant there was indirect involvement after all. He then suggested the government might know who bankrolled the invasion, though they weren’t “prepared to share any more information about what we know took place.”

For his part, the 43-year-old Goudreau -- who studied at the University of Calgary and enlisted in the Canadian Armed forces in the ‘90s -- says Guaidó and his team reneged on their contract, which was supposed to deliver the $212.9 million in payments for the mission dubbed Operation Gideon, “after the mission was accomplished.” A hefty $1.45 million retainer was also supposed to be paid up front, according to Goudreau.  When it was clear Guaidó’s team wasn’t going to pay, Goudreau sent Guaidó’s strategist Rendón a letter via his lawyer demanding payment.

According to Wednesday’s Washington Post’s report, Rendón claims Guaidó was only involved in the “exploratory plan” phase but grew weary of Goudreau once these demands and more details of the mission started flowing in. Fearful, he then pulled out altogether. Rendón allegedly provided the Post with previous and subsequent agreements that were not signed by Guaidó, though it is not clear what the subsequent agreements would have been for if Guaidó did not want involvement.

Guaidó and Goudreau began collaborating around the so-called Venezuela Aid Live concert of February 2019 in Cucuta, Colombia, organized by the opposition and backed by billionaire Richard Branson. Branson and the concert itself have been denounced by critics as a US-backed sham meant to sow the conditions to justify foreign intervention -- or an invasion, according to Maduro -- under the guise of humanitarian aid.

There, Goudreau provided security for Guaidó’s team and quickly became ensnared by the anti-government rhetoric circulating and wanted to capitalize on it. Shortly after, he met Cliver Alcala, a former Venezuelan major who had been close to late Commander Chavez but defected under Maduro and was organizing other deserters in Colombia.

On Wednesday, May 5th, President Maduro said that Goudreau “has worked for years directly with Donald Trump, has provided security services, intelligence services with the White House and the State Department,” according to a government press release in Spanish. He also said Goudreau contacted the US State Department to personally request the Venezuela Aid Live job.

Though Trump and the US government have publicly denied it and distanced themselves from Goudreau, a Silvercorp USA promotional video shows Goudreau wearing an ear-piece and apparently providing security services at what appears to be a Trump rally in Charlotte North Carolina in 2018. The Washington Post also reported that Goudreau had met a former long-time Trump bodyguard named Keith Schiller in 2019. Schiller, in turn, had introduced him to influential figures of Venezuela’s opposition who reside in Florida, and to representatives of Guaidó via a meeting in Miami, the AP investigation revealed.

On Wednesday, the AP also reported that Goudreau is and has been under federal investigation for arms trafficking. Members of Congress are also questioning how much the State Department knew of his ill-fated plans.

Alcala, the former Venezuelan General, had reportedly told Goudreau of 300 Venezuelan deserters in Colombia, where he was exiled since 2018. A handful of them had been personally trained by Alcala for an insurrection against Maduro across various camps. After meeting, Goudreau and Silvercorp USA began helping. In March, Alcala was sanctioned and placed into US federal custody for narco-terrorism charges.

According to the AP investigation, the insurrection force lacked formal support from the Trump administration and had already been compromised by Venezuela’s intelligence system.

For its part, the Venezuelan government says it has known of Goudreau’s plans for a long time and was prepared for the flimsy attacks from the beginning. In fact, Venezuelan authorities have prevented attacks that date back to Chavez but which intensified in recent years.

In August 2018, Maduro was interrupted during a speech by an unidentified drone attack that has been linked to an exiled Venezuelan national guardsman and who is said to be one of the deserters who’d been training with Alcala and Goudreau. The biggest attack against Maduro was arguably on April 30, 2019, during a small unsuccessful uprising by opposition members and army deserters who'd been riled up by Guaidó. It, too, was subdued.

In March of this year, Venezuelan authorities arrested a man and confiscated a weapons and tactical gear cache the government says is linked to a cross-border coup plot with the backing of Colombia and the US. The man, the government said, was caught on the way from Barranquilla to Riohacha, the same Colombian town Denman, the captured American, has said was the training ground of Goudreau’s squad.

According to the video-confession broadcast by VTV, Denman flew to Colombia on January 16th to begin providing training to the Venezuelan deserters in “mission planning and tactical work inside buildings.”

“To meet Venezuelans in Colombia, train them and come into Venezuela to secure Caracas and secure an airport here for follow on,” a disheveled but visibly unharmed Denman says regarding the purported plans.

According to him, Goudreau had contacted him in early December 2019 but hadn’t given him many details about the job.

“The only instructions that I received from Jordan [Goudreau] was to ensure that we took control of the airport for safe passage for Maduro and receiving of airplanes,” he said.

In Riohacha, Colombia, he had met with Goudreau and other members, and had stayed in “some houses” where the deserters were living during the training.

They were to make their way to Alta Guajira, on the border of Colombia and Venezuela, where they would meet a “man in a wheelchair and a crew of more men with him.”

Asked if he was aware of a document describing “the close of the operation” by the unseen interrogator, Denman affirmed he had seen that document “about a month and a half ago with Jordan’s [Goudreau] signature and Juan Guaidó’s signature.”