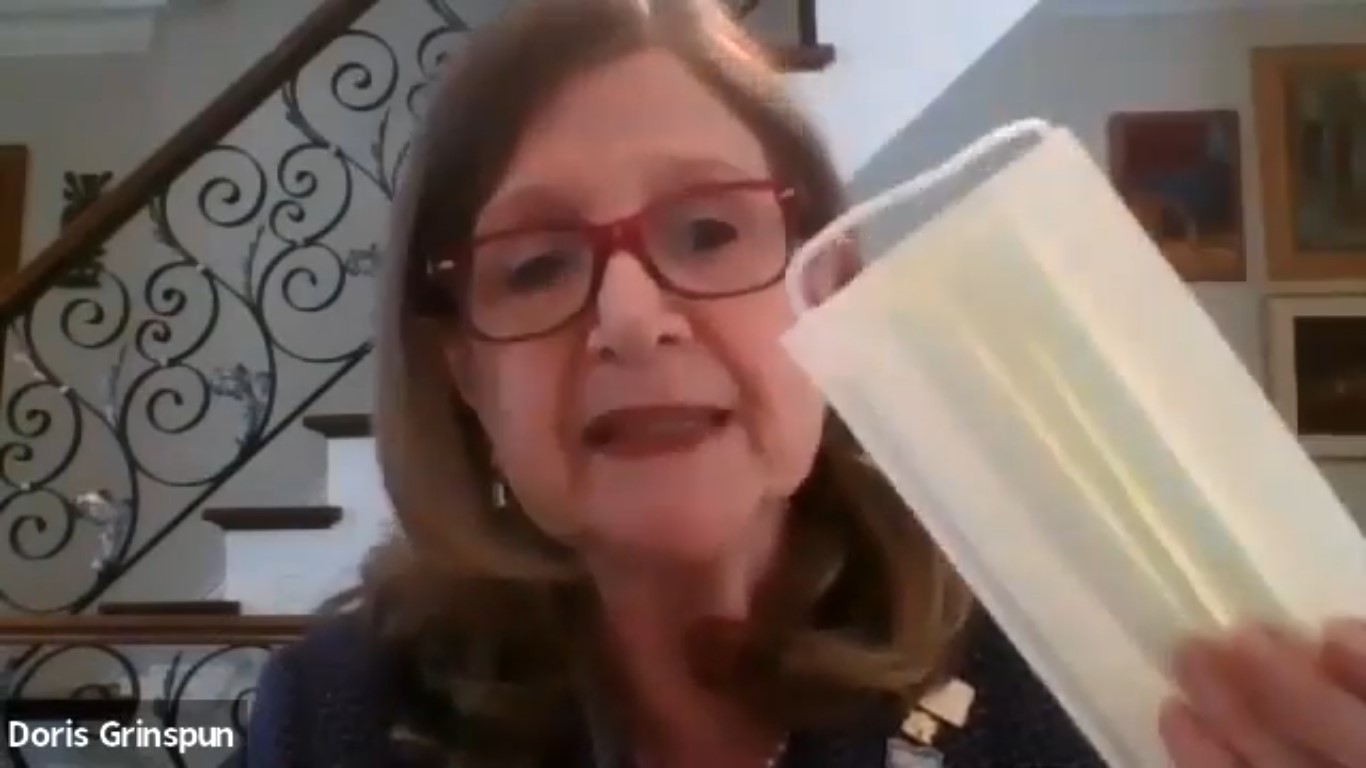 For the last 10 years, demands from health care advocates for essential work protections to prevent outbreaks like what we’re seeing with COVID-19 inside senior and long-term care homes have fallen on deaf ears, according to Dr. Doris Grinspun, Chief Operating Officer of the Registered Nurses Association of Ontario (RNAO).

“Maybe now, on the debacle of what happened in Ontario in nursing homes, we will see – finally – changes,” Dr. Grinspun said at a webinar held by the RNAO on April 22, just days before the government announced a temporary $4/hour pay increase to frontline workers for 16 weeks.

Dr. Grinspun said the RNAO has been advocating for over a decade for increased “investing in nursing and ... in vulnerable population sectors” such as shelters, correctional facilities and long-term care homes.

While the RNAO has been successful in fighting for equal pay for nurses in primary care as those in hospital settings, Grinspun said many other workers, including registered nurses, registered practical nurses, personal support workers and midwives, among others, have been left behind.

But “we need to do the same … across the continuum of care,” she said, because when different levels of care work are not compensated fairly, it “puts nursing homes and their residents in a terrible situation.”

A day after the government announced the $4/hour raise, the Respiratory Therapy Society of Ontario penned a letter to the government asking for “clarification” as to why respiratory therapists have not been listed in the original announcement given their essential work.

Darryl Whilton, the president of the Ontario Paramedic Association, said that though “nothing (had) changed officially” by April 28, the organization remains “optimistic” that the government “will eventually do the right thing.”

On April 29, the government conceded and included paramedics, respiratory therapists, public health nurses and all addictions and mental health workers in a congregate setting.

While the move is welcomed by many, including the RNAO – one of the main health organizations in Ontario with it’s “fingers on the pulse” of every COVID-19 development and government response – Grinspun says commitment without action is “insufficient and inadequate.”

Scrambling to track and contain the outbreak

“It only happens when it happens,” Dr. Grinspun tells the Media Co-op following the RNAO’s webinar, referring specifically to the pre-outbreak surveillance testing that was supposed to be implemented following a recent government directive but which has yet to happen across all nursing homes.

“Before that, it’s only words.”

In a different virtual press conference organized by the Decent Work and Health Network (DNHW) days prior, in mid-April, frontline workers had discussed the practical effects of those delays.

“As of right now, we have no surgical masks,” Tina Dagnall, a nurse’s aide at a nursing home in Port Hope, said, adding that the supply of N95 masks they did have was being saved because there were so few. “We’re wearing our own masks that people have made and donated because we don't have the proper masks.”

Despite being hailed as “heroes,” frontline workers have taken to the airwaves and social media to express their frustration with a government that continues to ignore their demands for better permanent working conditions. Paid sick and emergency days, a permanent minimum wage of $15 per hour, full-time hours, PPE and proper training have been at the forefront of their demands.

“If we are heroes,” said Jimenez at the DWHN’s conference, “we deserve these protections.”

Whilton, from the OPA, agrees.

“When you look at the risk faced by paramedics on the frontline, it’s not going to end when COVID-19 is over,” he tells the Media Co-op. “The hazards and risk paramedics face will continue, and governments should have a long-term permanent solution in place.”

In a recent Ricochet op-ed, Robert Green, a social science teacher in Montreal, argues that these demands are urgently needed in a system that commercializes care for vulnerable sectors of the population in order to profit from it.

The piece highlights the “numerous studies and reports” that link “private ownership and diminished standards of care” as it makes the case for more “meaningful public investments and revers(ing) the pattern of privatization.”

Charlene Nero, a staff representative for the union LiUNA local 3000 and a worker at a retirement home, called the for-profit model “shameful” during the DWHN’s conference. The deplorable working conditions, poor pay and high turnover, she said, are a result of historically poor government funding and a patchwork regulatory framework.

While on one side, some of Canada’s largest private senior home owners and investors – who are also big government donors – are allowed to continue to reap profits despite the pandemic, on the other, governments have systematically failed to adequately fund public congregation places in general.

Cuts to funding for women’s shelters, group homes and the “grossly underfunding” of hospitals and municipally-run long-term care homes, Nero said, have all created a ticking time bomb for the health care community which the COVID-19 pandemic is now igniting.